LDS volunteers in Russia safely return home to US 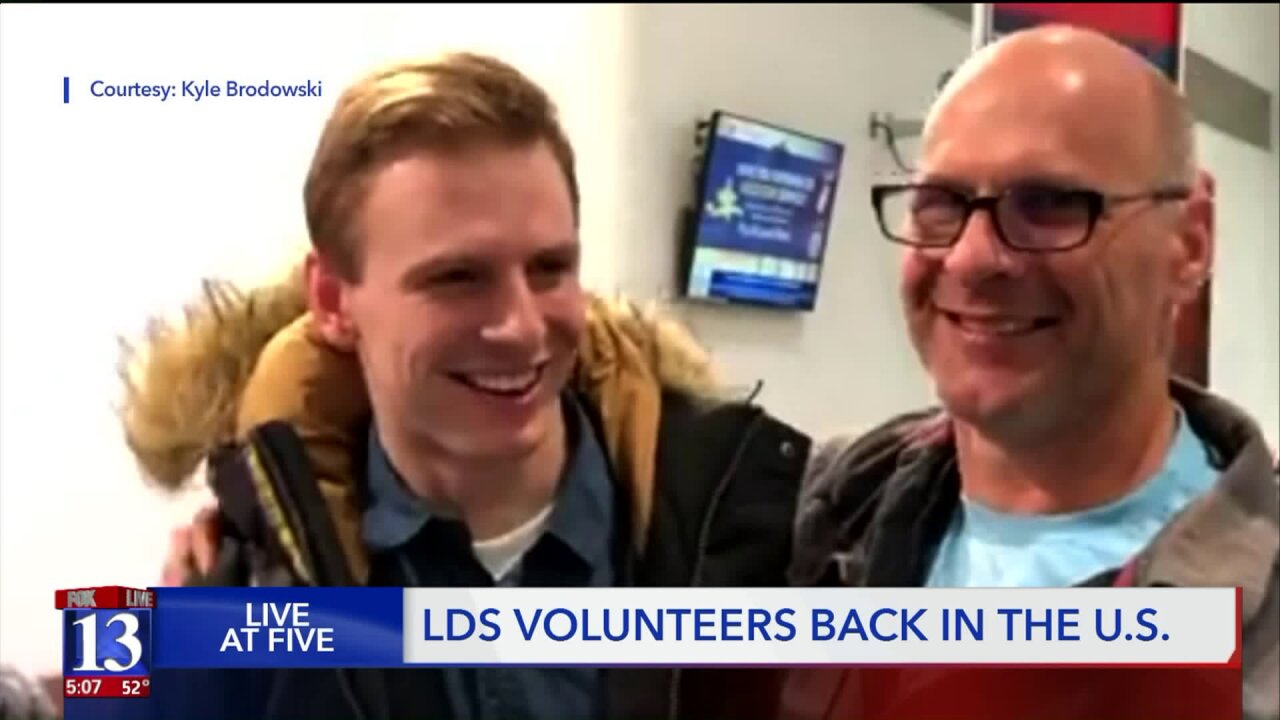 LOS ANGELES – New video showed those precious moments between mother and son after Elder Kole Brodowski was locked up by Russian police for about three weeks.

Kyle’s son Kole was set apart as a missionary for The Church of Jesus Christ of Latter-day Saints serving in Russia as a volunteer.

Video released from a news agency with headquarters in Germany, shows Russian officials sitting in on a meeting held by Elder Brodowski and his companion, Elder David Gaag.

Russian officials detained the two elders for teaching English without a license — a claim both the Church and both young men deny.

The video showed officials going through the elders’ personal things.

The last thing we see of Elders Gaag and Brodowski is them getting in a car with Russian officials.

“There were many people I’ll never meet that worked day and night for the past three weeks to free these young men,” posted Kyle.

Around midnight Wednesday night, John Huntsman, U.S. Ambassador to Russia, gave the Brodowski’s a call saying the two elders were removed from detention and on their way home — safely deported to the United States.

“He wanted us to know how proud he was of Kole and David for their courage and patience, it was a long difficult process,” posted Kyle on social media.

A U.S. Embassy official in Moscow also reached out to the Brodowski’s in a message: “How we conduct ourselves in these circumstances is often the difference between resolution and disaster, and I couldn’t think of two finer representatives of the U.S. than those two,” said Ryan Feeback, Deputy Chief of American Citizen Services.

Elder Brodowski touched down in California Thursday morning. Elder Gaag was also deported safely, but instead of flying home he will be reassigned to serve the duration of the rest of his mission somewhere else.