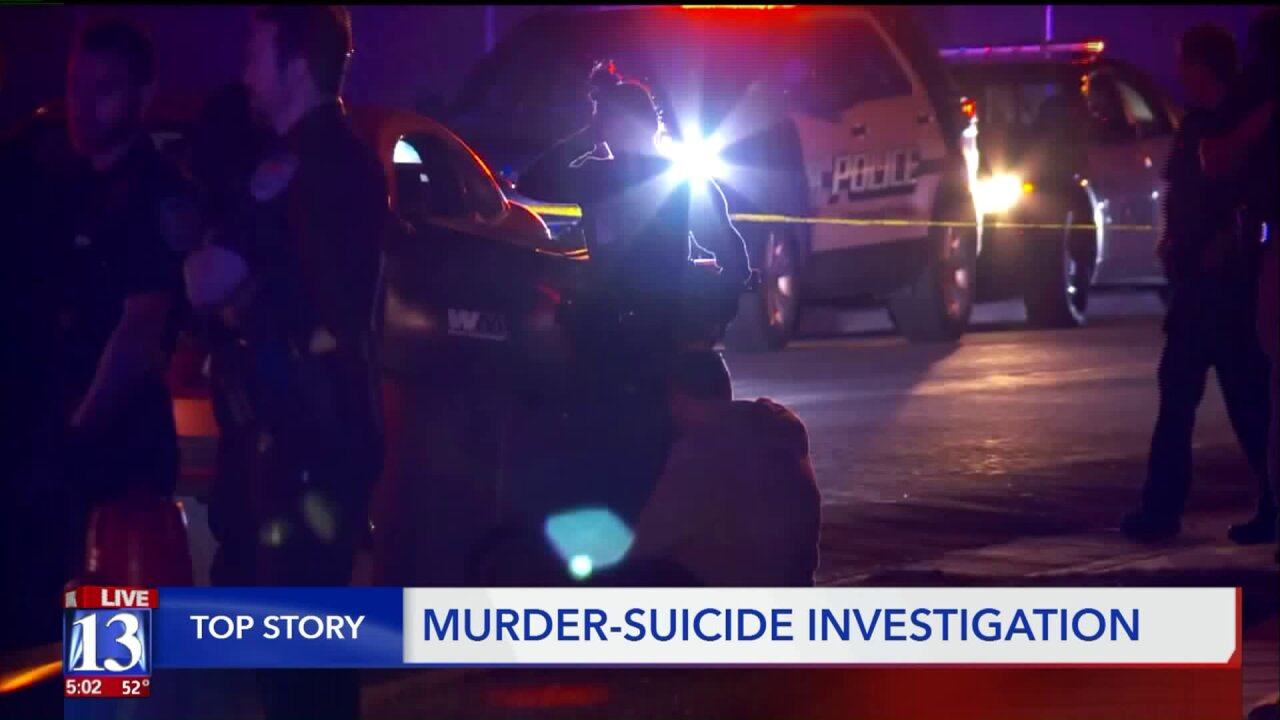 MIDVALE, Utah – Two men are dead after a murder-suicide that started in Midvale and ended in Cottonwood Heights Wednesday night.

Detective Kevin Mallory with the Unified Police Department was somewhat tight-lipped about the relationship between the victim and the suspect, but a source shed some light on a potential motive.

"We’re not disclosing what that relationship is, but we do know there is a relationship," Mallory said. "This was not a random act and it was not gang- or drug-related."

"We do believe there was a relationship between the mother of the shooter and the victim," Mallory said. "To the degree of that relationship, I’m not positive at this point."

The reason may be tied to Vasquez's criminal history. Vasquez was released from prison a few months ago for aggravated sexual abuse of a child.

According to court documents, the victim in that case was the 8-year-old daughter of his ex-girlfriend. A source told FOX 13 the shooter was concerned for his 8-year-old sister after his mother struck up a relationship with Vasquez.

"I don’t know the exact family dynamic as far as if there’s a sibling or there’s an 8-year-old sister or anything like that," Mallory said.

The source said that's what drove Garcia to shoot Vasquez at the Maverik gas station in Midvale Wednesday night around 9 p.m. From there, he drove off in his black Jeep Wrangler.

When Cottonwood Heights Police caught up with him, he crashed into a fence at Peruvian Park Elementary before taking his own life.

"We’ve got two different crime scenes we need to process forensically and we also have all of the interviews and things like that to try to get to the bottom of why this happened," Mallory said.

Even though the suspect and victim are both dead in this case, Unified Police said they’re still determined to get answers.

"Whether or not charges get filed – that’s not likely to happen – but we still want to make sure we’re as thorough as we possibly can be," Mallory said.