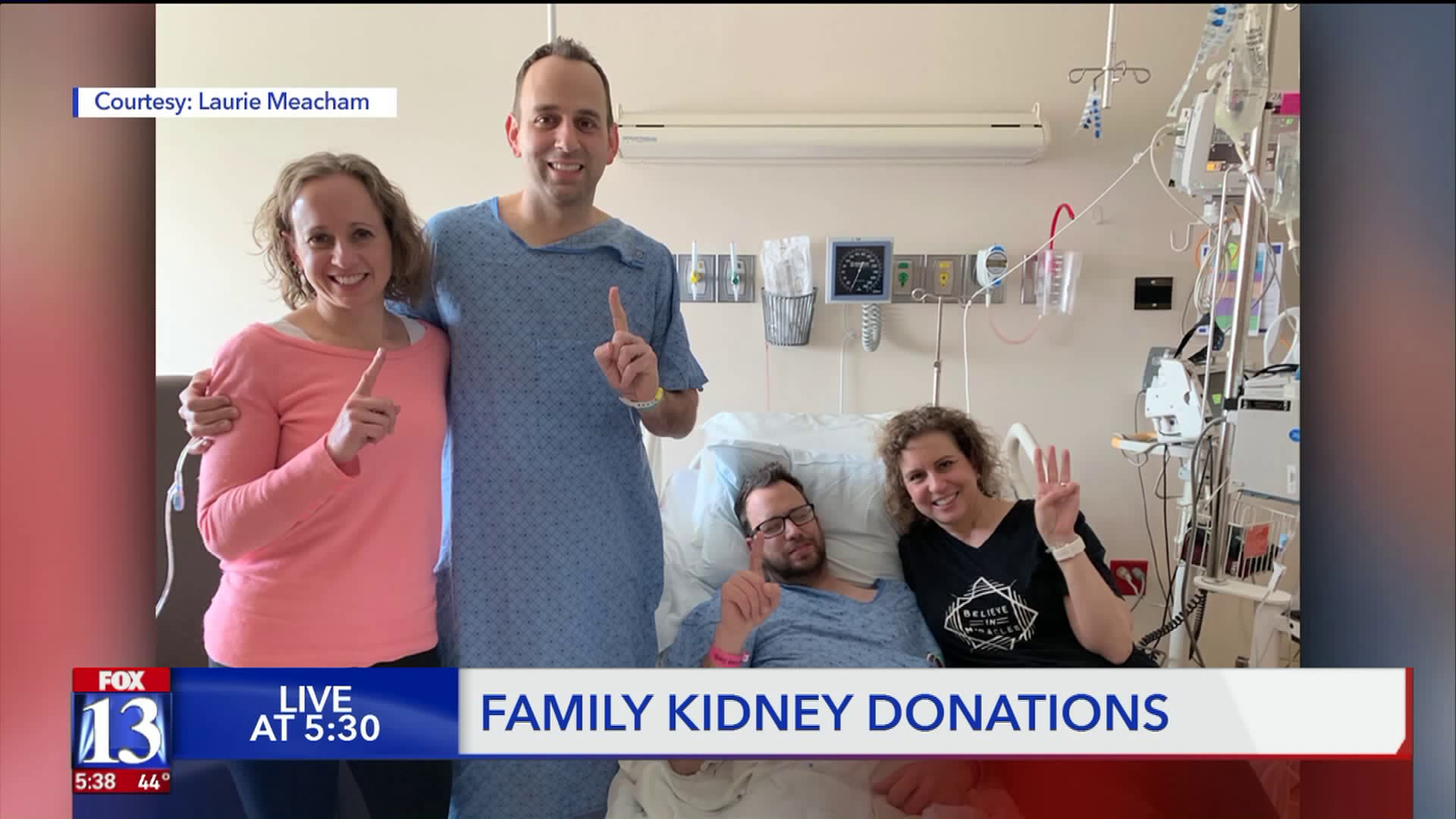 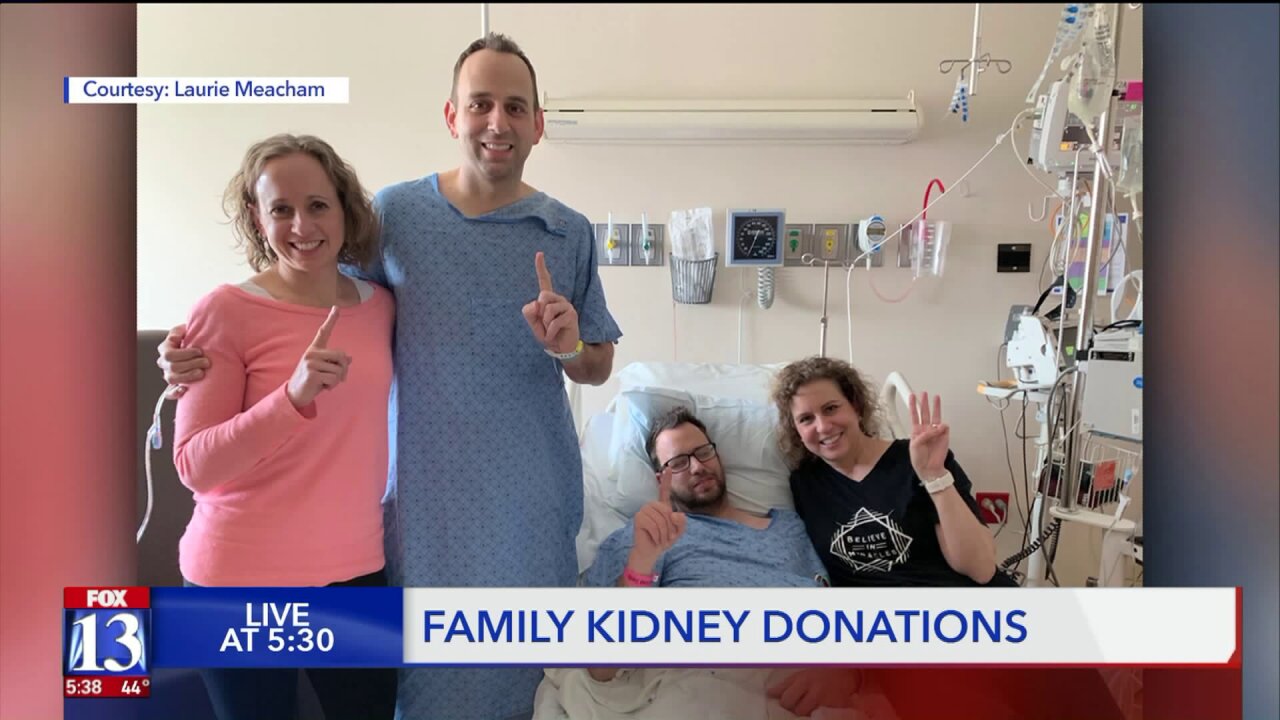 MURRAY, Utah – The Holdaway brothers are heading home from the Intermountain Medical Center after a successful kidney donation, but this isn't the first rodeo for the family.

“Our family, unfortunately, has a genetic disorder,” said Mark Holdaway.

“Ten years ago our dad passed away from this disease,” Mark said.

Passed from generation to generation, two of the five Holdaway children inherited the disease. Mark was spared, but his older brother David was not.

Two years ago, Mark and David's sister Laurie Meacham got a kidney from their other sister Kristin.

“It was kind of familiar. A little bit of déjà vu but mostly vu jà-dé because it was really different to be on this side of it, having had that experience,” Meacham said.

Meacham also said she feels better than she has in years and after just a few days with his brother's kidney, so does David.

“I just feel so much better. My wife keeps saying it`s the color in my face. I just have a lot more energy,” he said.

However, this story extends beyond their family. Meacham’s story inspired Amber Taylor to donate her kidney.

“The idea first came in my head because my boss, Laurie, needed a kidney,” Taylor said.

Taylor donated her kidney to a stranger. The transplant program refers to people like Taylor as ‘angel donors’.

“I came out of surgery and I could not stop crying because I was so happy,” Taylor said.

It just so happens, Taylor’s surgery was scheduled the same week, in the same hospital, on the same floor as the Holdaway brothers.

“I would recommend it to anyone. If you want to feel pure joy, save someone's life,” Taylor said.

According to the Department of Health and Human Services, there are 94,847 people in the country waiting for a new kidney with 525 in Utah.

To learn more about how you can give the ultimate gift and save a life, visit yesutah.org.