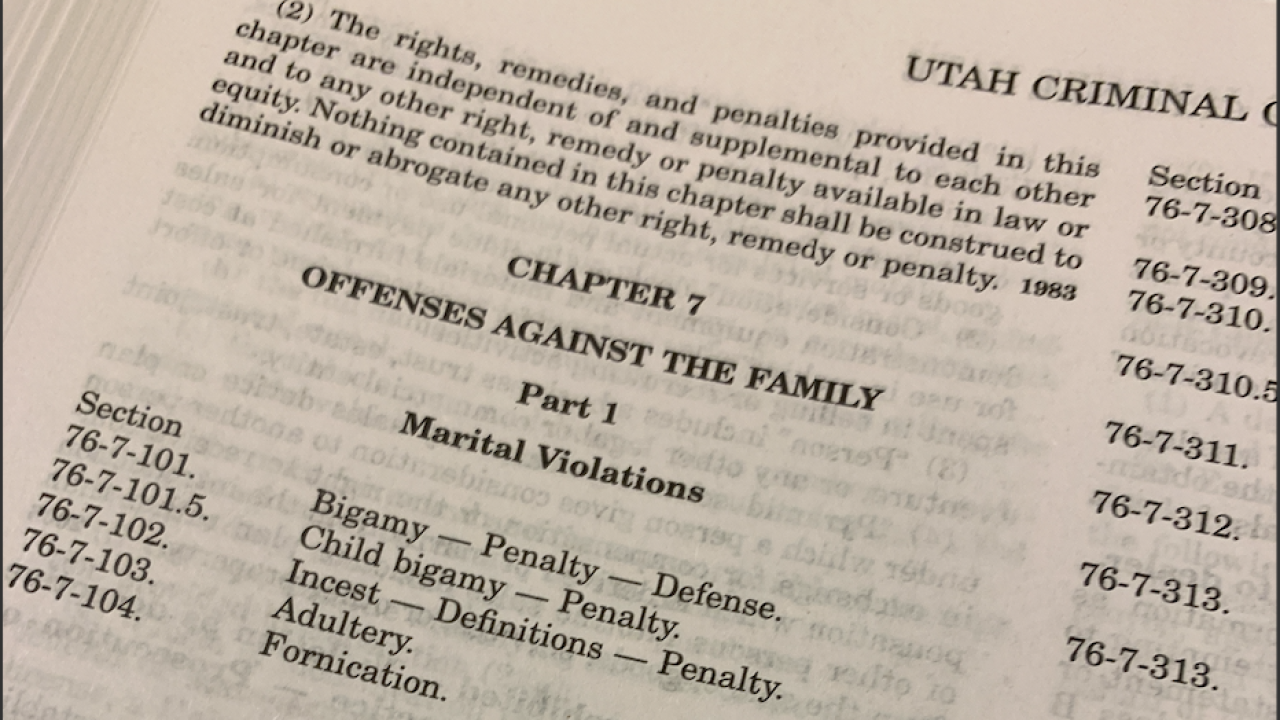 The Utah State Code that prohibits adultery in the state. (Photo by Ben Winslow, FOX 13 News)

House Bill 40, sponsored by Rep. Paul Ray, R-Clearfield, was signed into law Monday without comment from the governor. It was among 119 bills he signed.

HB40, a criminal code cleanup, strikes the misdemeanor “offenses against the family” from Utah’s code. Courts have long held the laws are unenforceable.

FOX 13 first reported last year on lawmakers’ attempts to repeal the criminal offenses adultery and sodomy among consenting adults. The bill passed the Utah State Legislature with little problem, but a separate measure that repeals the crime of fornication (sex outside marriage) narrowly passed the House by 10 votes.

Lawmakers complained about the state of society when Senate Bill 43, sponsored by Senate Minority Leader Karen Mayne, D-West Valley City, came up for debate. That bill remains on Gov. Herbert’s desk awaiting his signature or veto.