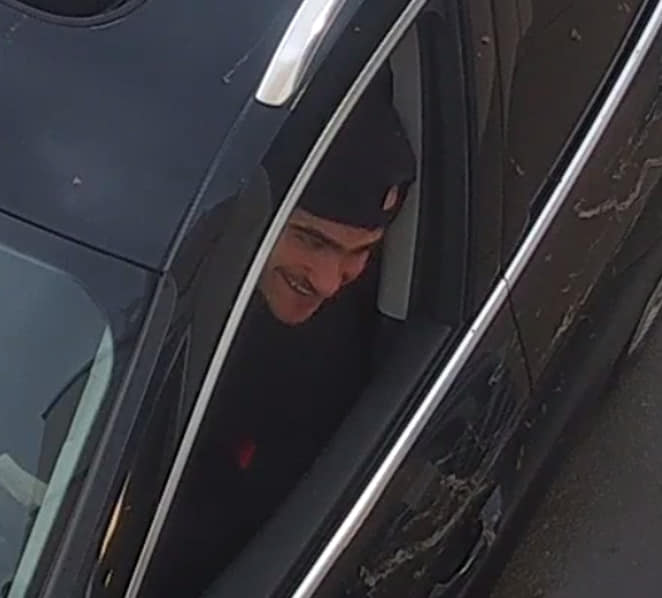 KAYSVILLE, Utah — Kaysville Police hope someone will recognize a person of interest in a recent crime spree.

Police released new surveillance photos (above) showing the person of interest and a black Audi Q5 believed to be connected to the crimes.

On Saturday, police said someone attempted to break into the “Biker’s Edge” cycling shop around 6:30 a.m. using a pipe wrench, but was unable to get through the door.

“So about 30 minutes goes by (7:00 AM) and our burglar shows up at Big O Tires, breaks a window in a garage door then climbs through the jagged hole into a bay where he immediately commandeers a Toyota Sequoia, backing through said garage door to make his escape,” a Facebook post from Kaysville PD said. (See that video below.)

Police said the suspect then drove east on 320 N and parked along the road just north of Johnny’s Carwash, right behind the Audi.

“He then ditches the Sequoia he so brazenly stole (and damaged) then leaves in the Audi,” the Facebook post said.

Contact Det. Steadman with Kaysville Police at jsteadman@kaysvillecity.com if you have any information that could assist with the investigation.