Woman arrested for burglary, arson after fire in Latter-day Saint chapel in Orem 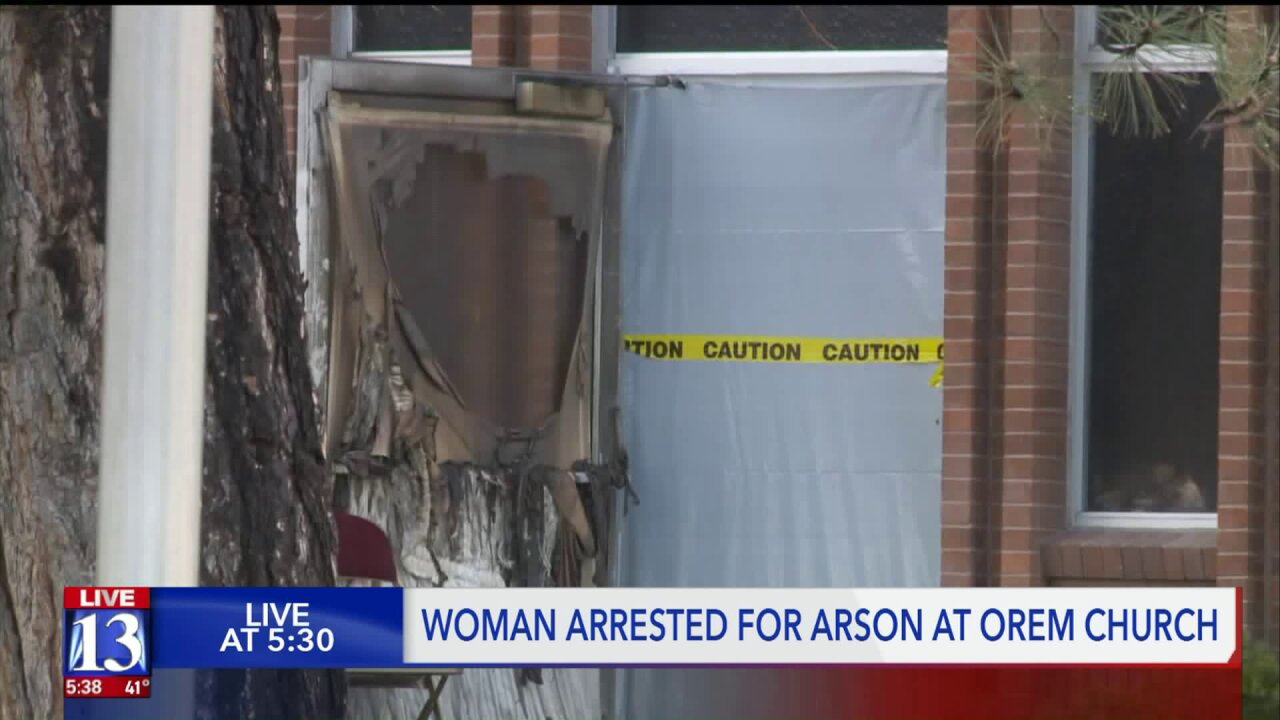 OREM, Utah – When police arrived at a church located at 1230 North 950 West in Orem around 2 a.m. Friday, there were six or seven small fires scattered throughout the building.

Lt. Craig Martinez with Orem Police said it was clear they were intentionally set.

"One of the officers had a fire extinguisher in his trunk, grabbed it and were able to extinguish all the fires," Martinez said.

"A lot of the pews inside of the chapel area, pretty much every single one of those is damaged which is where a lot of that dollar estimate comes from," Martinez said.

Instinctively knowing this was arson, police started monitoring some of the other churches in the area and that's where they found 18-year-old Jillian Robinson walking on the sidewalk.

"She had a backpack on. They stopped to talk to her and see if she saw anything or knew anything about it," Martinez said.

The officers asked to look inside her backpack.

"Inside was a large water bottle. The officer asked if he could smell it, she said that was okay and it smelled like gasoline," Martinez said.

They also found a power drill, a lighter, and a black sharpie.

"There was a second church that it looks like she tried to start a fire at," Martinez said. "We could smell gas. One of the door locks had been drilled out and she had written satan lives. Both of those churches had vandalism done to them with a black sharpie."

According to court documents, Robinson denied any involvement but eventually wrote a voluntary witness statement which said, “I acted alone in the fire that was started at the church on 1200 North. I was angry and all wanted to do was set a small fire and it got out of control. I fled the scene and didn't look back. I felt like playing with fire because of my crazy life at home, this was not a hate crime.”

"It's obvious she doesn’t agree with maybe some of the things with the LDS Church and that’s maybe why she picked that. She’s only been 18 for about six months now, so super young. Not a good start," Martinez said.

Robinson is being held in the Utah County Jail where she's facing several charges including arson and burglary which are both second-degree felonies.

At this point, police are not calling this a hate crime.