A large fireball lit up the sky, Chief Deputy Pulver said, and the plan is to let it burn off overnight and start removing metal metal and clearing the tracks Monday morning.

Viewer Sherrie Kay was camping at Little Sahara Recreation Area and captured photos of the explosion and fire.

The EPA made the decision due to the danger to emergency responders posed by some of the tanker cars that derailed Saturday roughly 12 miles north and east of the town of Lynndyl in Millard County.

The derailment happened on Saturday morning at 9:24 a.m. in an area known as Jericho.

Lt. Travis Kenison with the Juab County Sheriff's Office said  24 of the 165 cars in the train came off the rails.

Nine of the derailed cars were tankers carrying phosphoric acid, biodiesel and other materials classified as non-hazardous.

A special response team was dispatched to help mitigate the hazardous materials the train was carrying.

One of the tanker cars was carrying phosphoric acid and was pulled away from the other cars and the leaking diesel fuel was contained, the EPA statement said.

Other tankers carrying propane and diesel were beginning to show signs of instability.

The response team decided the safest way to neutralize the danger is "to intentionally breach and thermally treat each of the propane  and diesel cars using explosive charges and remotely ignite the liquid that is released."

The statement said the operation was planned for Sunday, but as of 8 p.m. law enforcement agencies on the scene had not reported it taking place.

Here is the entire statement released by the EPA:

Several local Fire Departments, EMS, Law Enforcement, Utah County Emergency Management,  the American Red Cross, the State of Utah's Fire Marshall's Office, National Guard Civil Support Team, Union Pacific, various Union Pacific response contractors, Federal Railroad Administration and USEPA all responded to the incident. The phosphoric acid car was pulled away from the other cars and the leaking diesel fuel was contained. The primary concern of the response team are the propane cars which show signs of instability and present a danger to the responders. A specialized team has been mobilized to intentionally breach and thermally treat each of the propane  and diesel cars using explosive charges and remotely ignite the liquid that is released. This activity is tentatively planned for March 31, 2019.

He said investigators on the scene detected another chemical smell in the air as well, and tried to determine what it is.

He said there is some concern of an explosion, so as a precaution, people not involved in the operation, including our FOX 13 News crew, was kept some distance away from the derailed cars.

At least 60 emergency responders from Utah and Juab Counties were on scene.

Two people were on the train at the time of the derailment, but neither was injured.

There was no public threat to people in the Little Sahara Recreation Area, Lt. Kenison said.

The Pleasant Grove City Fire Department tweeted that multiple agencies from Utah County were being dispatched to "a train derailment with hazardous materials" in the area of U.S. Highway 6 and the turnoff to the Little Sahara Recreation Area.

The tweet also asked people to avoid the area if possible.

Multiple agencies from Utah County to include a team from #PleasantGrove are on scene in Juab County for a train derailment with hazardous materials. The incident is in the area of the Little Sahara turn off in Juab. Avoid the area if possible.

According to a post on the Orem Fire Department Facebook page around 1:30 p.m., five members of its Special Response Team were en route to Juab County to help with a train derailment. 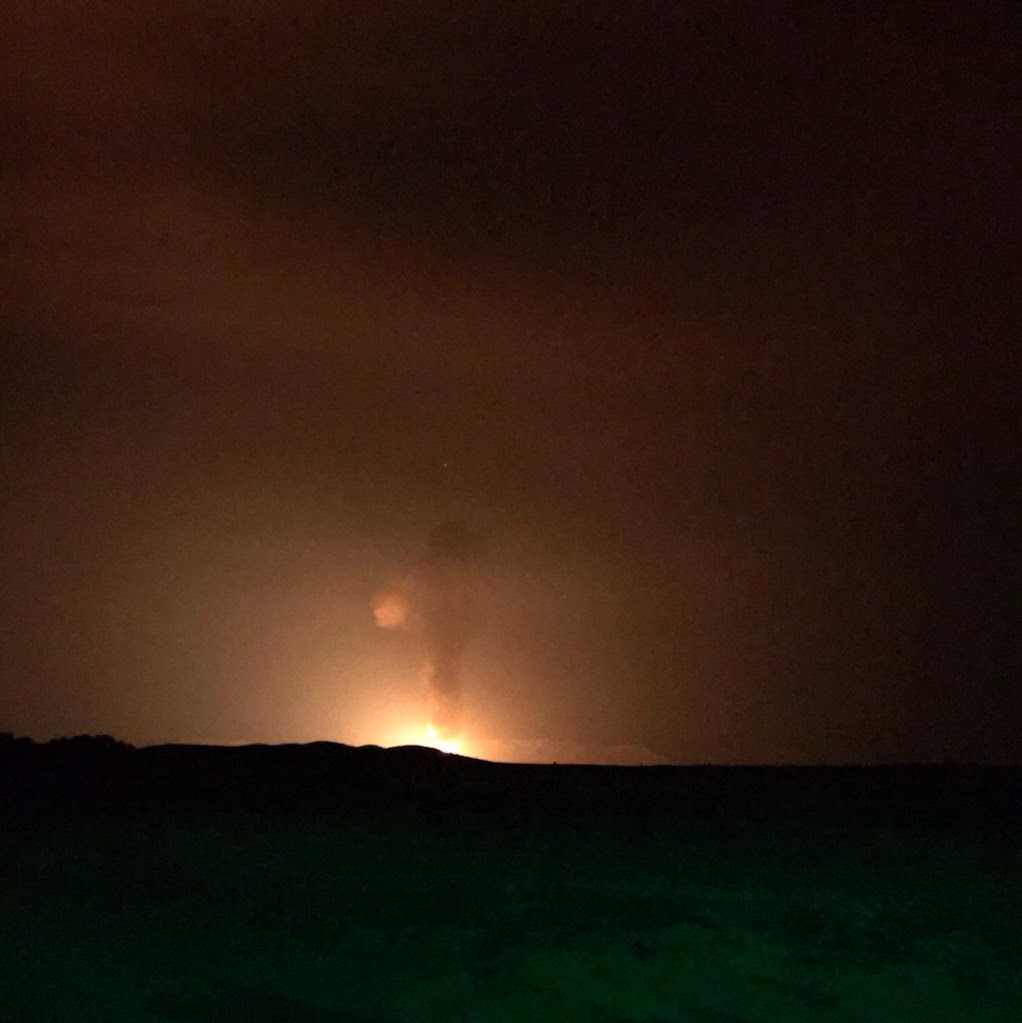