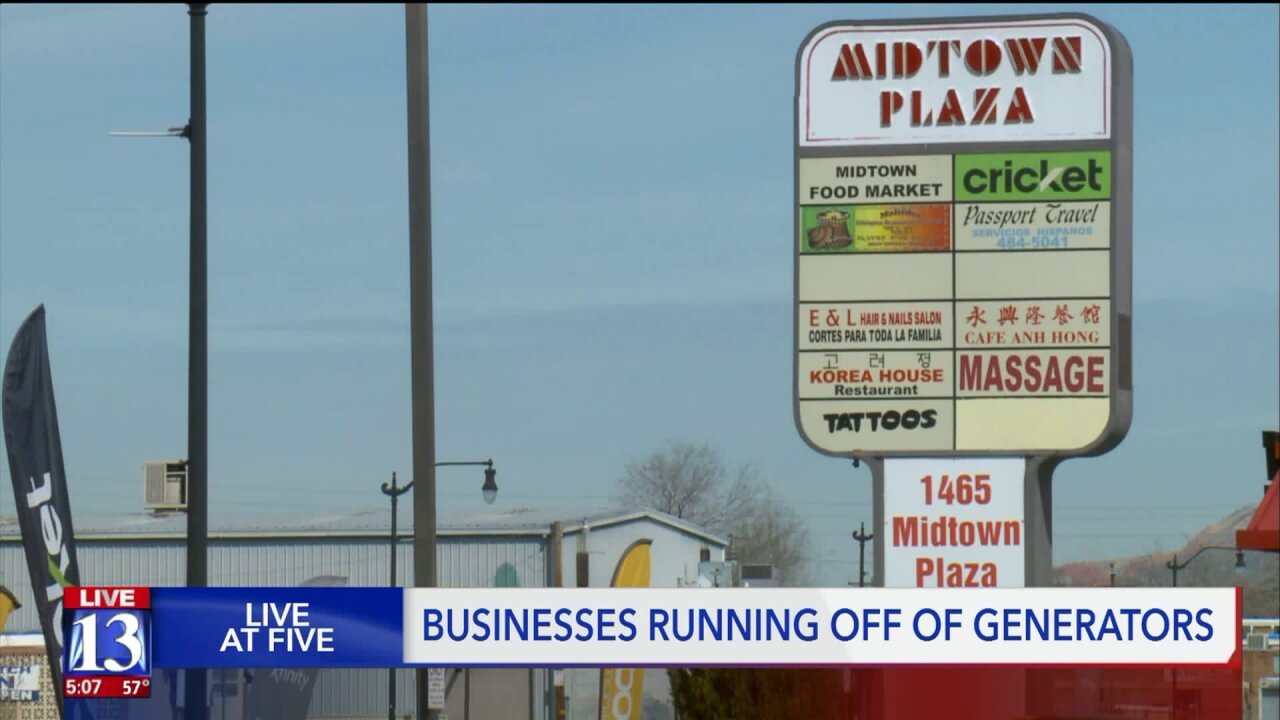 SALT LAKE CITY  — Businesses in the Midtown Plaza strip mall have now gone almost three weeks without properly working electricity. This is all due to a breaker box that caught fire on March 12th, causing the plaza to lose electricity.

One of the businesses in Midtown Plaza is Tosh Ramen.

The owner, Toshio Sekikawa, says he’s extremely frustrated as he’s had to close his restaurant multiple times since the breaker blew and spend thousands of dollars of his own money just to stay open.

“I lost a whole week of business plus the generator if something happens, some malfunction, it wasn’t working for a while, every time it happens, I have to close the restaurant for the billionth time,” said Sekikawa.

Tosh Ramen and the other businesses in the strip now have generators working to keep their businesses running.

Tosh says it cost $600 a week to rent the generator plus he must pay for the gas to run it.

“It’s a big loss for a small business like us, it’s huge,” said Sekikawa.

This has also affected the employees at Tosh Ramen who couldn’t work during the power outage.

“Every time they show up it’s tomorrow, a couple days, we’re just holding but they’re losing hours too. I wish I could cover for them, but we didn’t get any sales in business,” said Sekikawa.

Tosh says he has contacted the Landlord of Midtown Plaza multiple times and has yet to receive an answer as to when the issue will be fixed.

FOX 13 reached out to Joe Callahan, the insurance agent dealing with the issue.

Callahan tells us the owner of Midtown Plaza has done everything right.

Callahan says the tenants were drawing more power than the building could take, causing the breaker to blow. The owner of Midtown Plaza has filed an insurance claim. Once the claim goes through, the city will then be able to approve it and then an engineer can start fixing the breaker box.