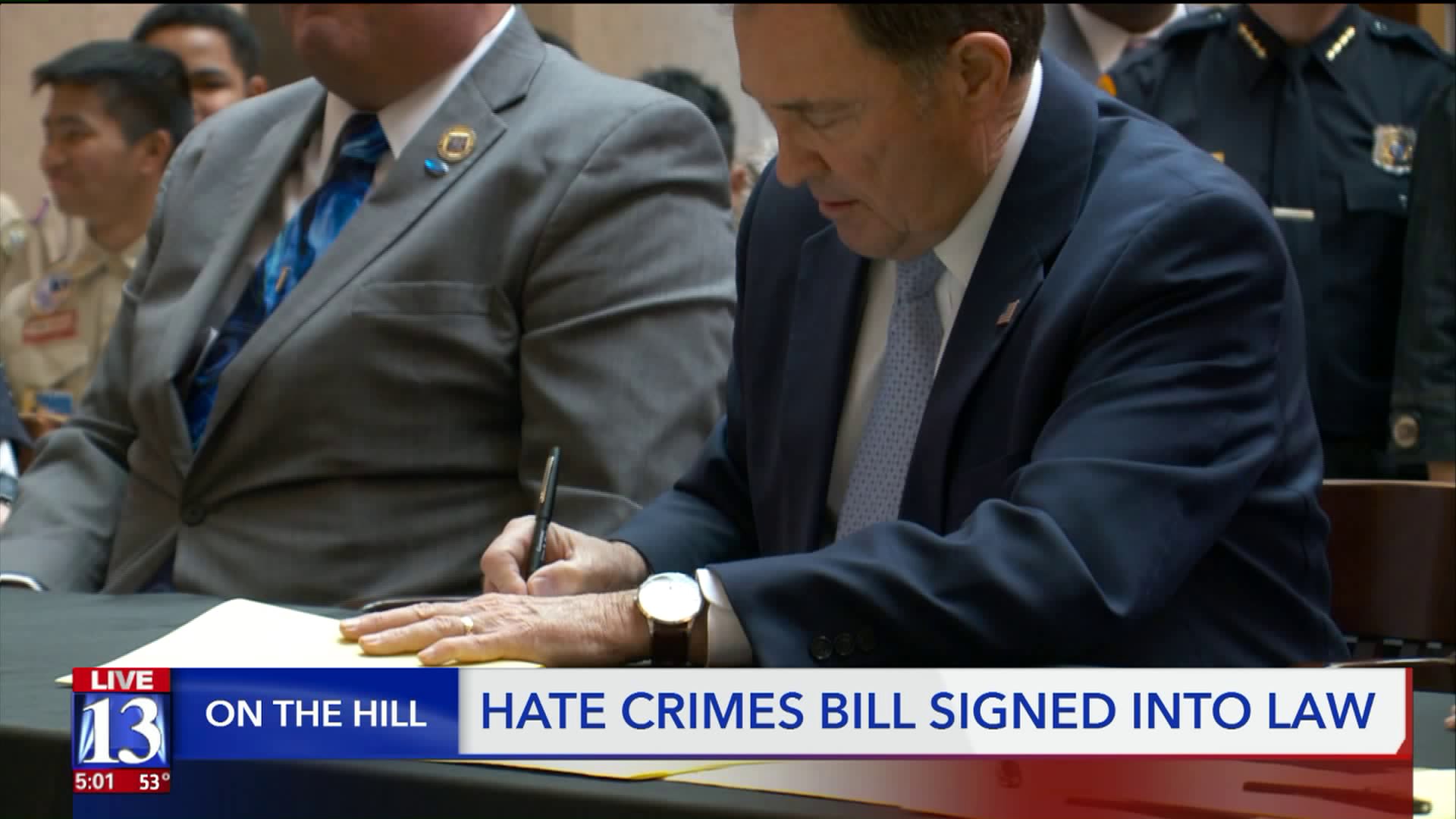 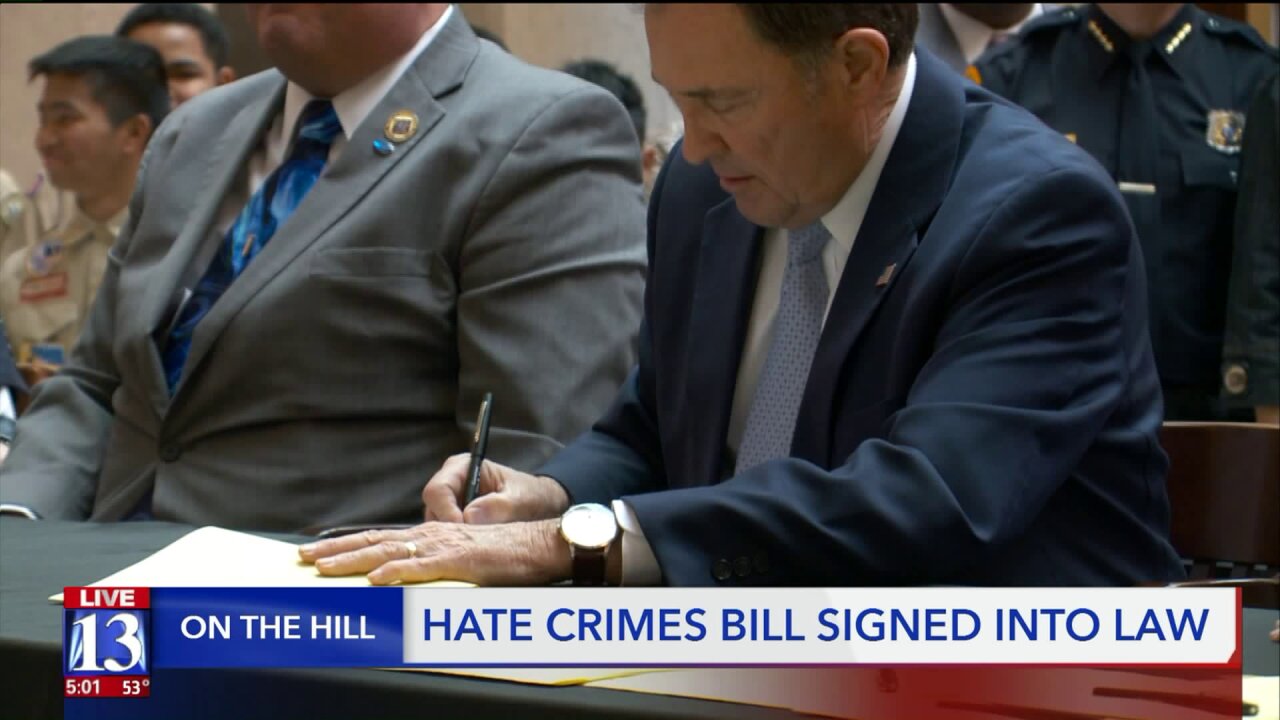 SALT LAKE CITY -- After years and years of trying and failing, Utah finally has a working hate crimes law.

In a public ceremony at the Utah State Capitol on Tuesday, Governor Gary Herbert signed Senate Bill 103 into law.

"I think with the passage of Senate Bill 103, we are sending a message that everybody, every person, every individual in our society is worthy of dignity, respect and love," the governor said.

The ceremony represents years of frustration and hard work for advocates of hate crimes legislation. Year after year, the bill was run and failed to advance in the Utah State Legislature. Sen. Daniel Thatcher, R-West Valley City, picked up the legislation from then-Sen. Steve Urquhart, R-St. George, who picked it up from former Senate Minority Leader David Litvack, D-Salt Lake City.

Urquhart accused The Church of Jesus Christ of Latter-day Saints of "snuffing out" his bill in 2016. This year, the LDS Church said it did not oppose hate crimes legislation that included protections for LGBTQ people.

In an interview with FOX 13 on Tuesday, Sen. Thatcher acknowledged the long road and efforts to win over critics.

"Once you get it, you can’t un-get it. That’s what it took," he said of persuading his colleagues on Capitol Hill, including his co-sponsor, Rep. Lee Perry, R-Perry.

The bill adds a number of categories to the list of protected categories. To win over opponents in the 2019 legislative session, Sen. Thatcher added even more. They include:

"Moving forward, I think this is just going to be a real blessing to the people of the state of Utah," Sen. Thatcher said.

A series of hate crimes in Utah also propelled the legislation. They included the brutal attack of a Latino teenager at his family's tire shop in Salt Lake City. Local prosecutors could not pursue significant charges against Luis Gustavo Lopez's attacker, so federal prosecutors intervened with hate crime charges.

"For me, it’s still… at times it feels like this just happened yesterday. Even though my face is all healed up it’s like this is just yesterday," Lopez told FOX 13 as he attended Tuesday's ceremony.

He declined to comment specifically about the case, but Lopez said he was glad to see the governor sign a working hate crimes law.

"I feel a lot better that now there’s at least something now to protect people," Lopez said.

Salt Lake County District Attorney Sim Gill said he was frustrated that in many cases he could not pursue hate crimes laws. While he cannot go back and amend active cases to include the new law, Gill said prosecutors would use SB103 when appropriate.

"We can’t go back but we can certainly look to a better day and a better future," he said.

For many minority groups, the bill represents some peace of mind. Rabbi Sam Spector of Congregation Kol Ami said his synagogue has had to increase security lately.

"The state of Utah recognizes that we are a minority group and that they’re going to be there for us," he said of the bill.

Sue Robbins of Transgender Education Advocates said Utah still has a long way to go until minority groups feel equal, but she argued it starts with safety. She said giving prosecutors a tool can send a message to communities and offenders.

"If you prosecute harder, you’re telling the individuals this is not going to be stood for," Robbins told FOX 13.

Rep. Sandra Hollins, D-Salt Lake City, the only black woman in the Utah State Legislature, agreed. Herself a victim of a hate crime, she said the law does send a message.