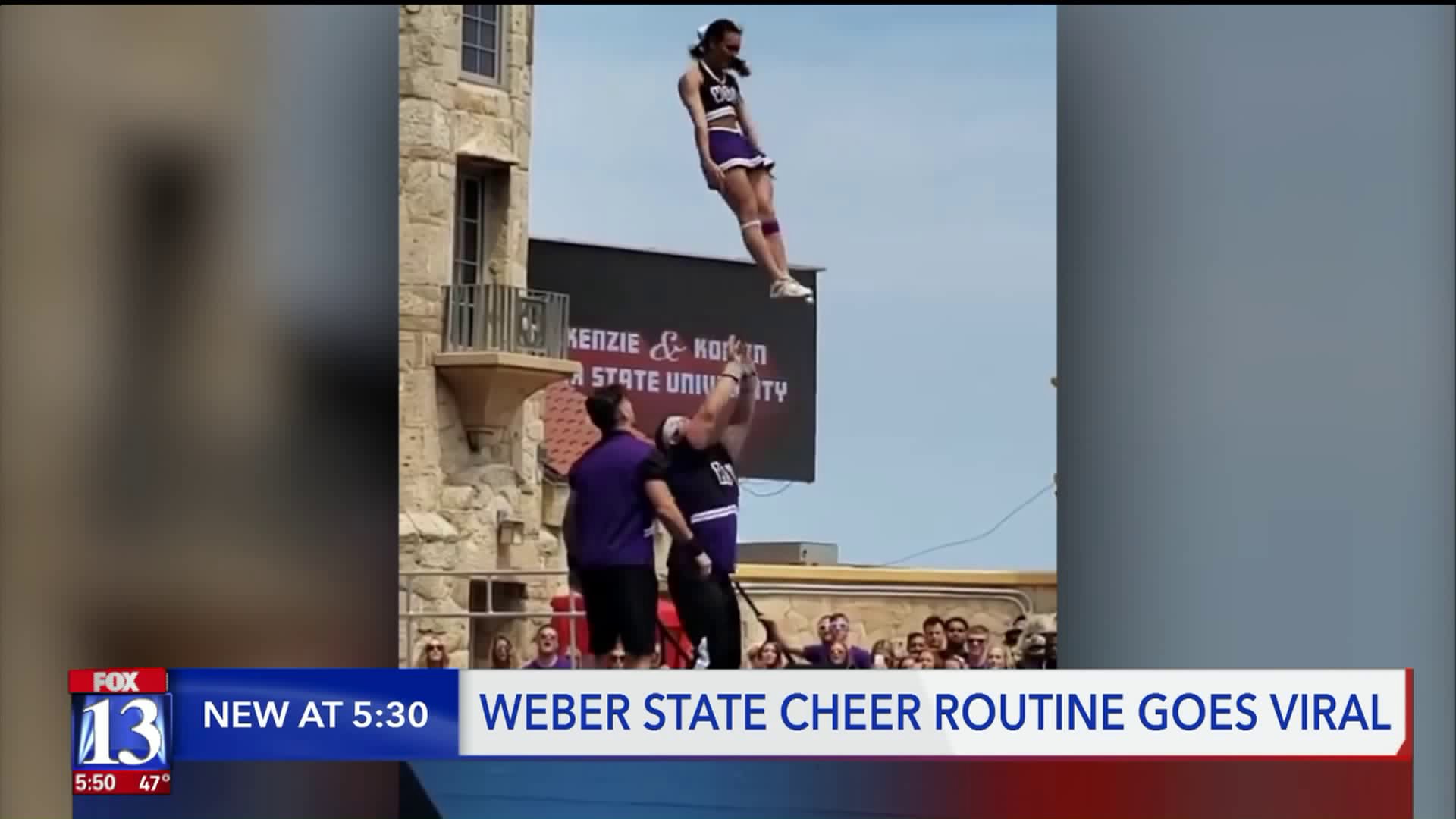 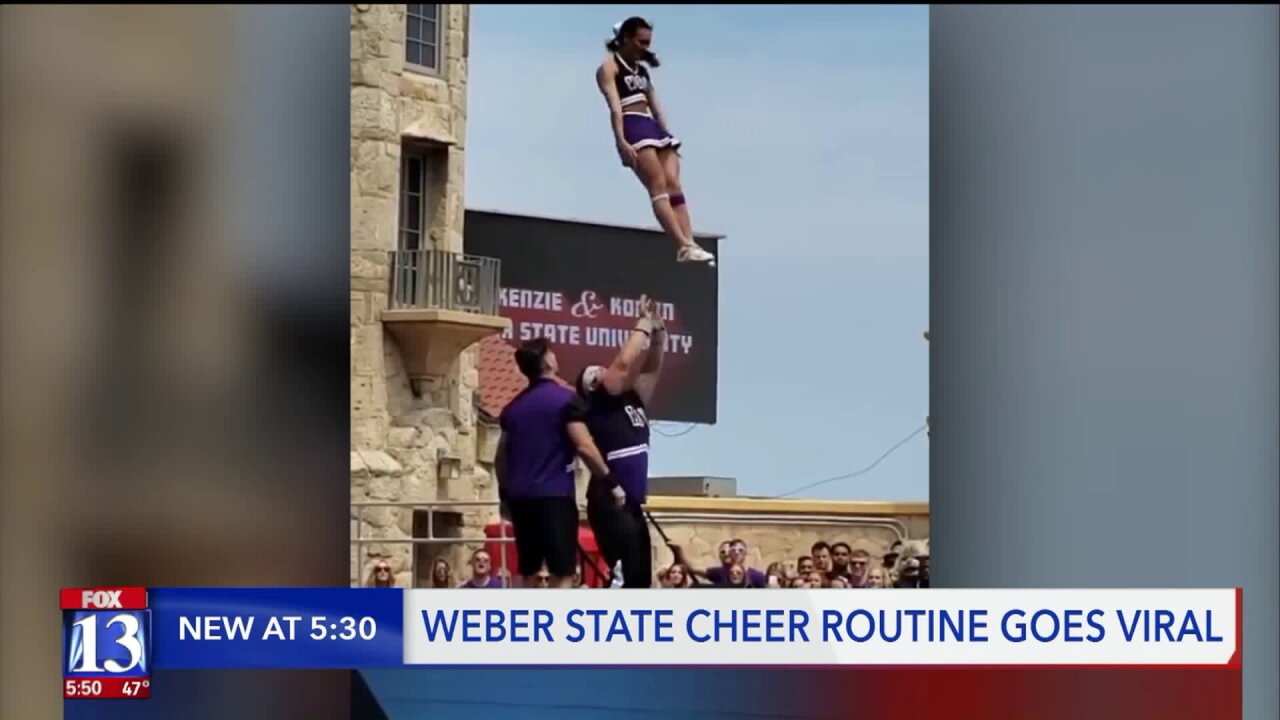 More than half a million people have watched the routine, yet there is more to the athletes than what is captured on video.

It was captured from the crowd by a Pennsylvania woman and posted on Facebook. In just four days, nearly 600,000 people have watched it.

“It’s crazy because to me it’s normal,” Grabau said. “I do it every single day. It’s just a crazy experience.”

“I did not see any of this coming,” said Cockrell.

Cheerleading is an unexpected sport for the Salmon, Idaho native. Cockrell spent time at the Olympic Training Center to earn a spot on the US Olympic weightlifting team.  A back injury in 2015 sidelined his dreams.

“It took me out of the 2016 Olympics,” Cockrell said. “It was a bummer. It was a very depressing moment for me because I did ten years of training for the Olympics and I didn’t reach my goal.”

As it turns out, the sideline is where Cockrell belongs. He was working out in an open gym when he was discovered by a Weber State cheerleader. After a tryout, Cockrell was offered a scholarship by the university.

“I talked to my parents about it and I made a final decision, saying, ‘Alright, I am going to give it a go.’ I didn’t know what it is but something was inside of me telling me to make the transition from Olympic lifting to cheerleading. The rest is history,” Cockrell said.

Leaning back on his Olympic discipline, Cockrell and Grabau came up with the extremely difficult routine and perfected it outside of cheer practice.

“It was something we wanted to do. We wanted to do it well and make sure we could hit it when we went to do it,” Grabau said, who admits it is the most difficult stunt routine she’s ever done.

“We had so many bad days but we just didn’t give up. We just kept on pushing and kept on working hard and it paid off,” Cockrell said. “It’s been such a success and I feel blessed, you know?”

The partners plant to compete in the world championships later this spring. After that, they plan to tour Mexico and train other cheerleaders.