ROY, Utah — Police in Roy posted photos of a car accident Saturday morning that they said was caused by a driver who was three times over the legal DUI limit.

“Don’t drink and drive,” officials with the Roy Police Department said in a Facebook post. “This is a concept that some find difficult to understand.”

Police said the accident occurred at 5:30 a.m. Photos showed a car with a significant amount of damage to it and a truck that had run through a fence: 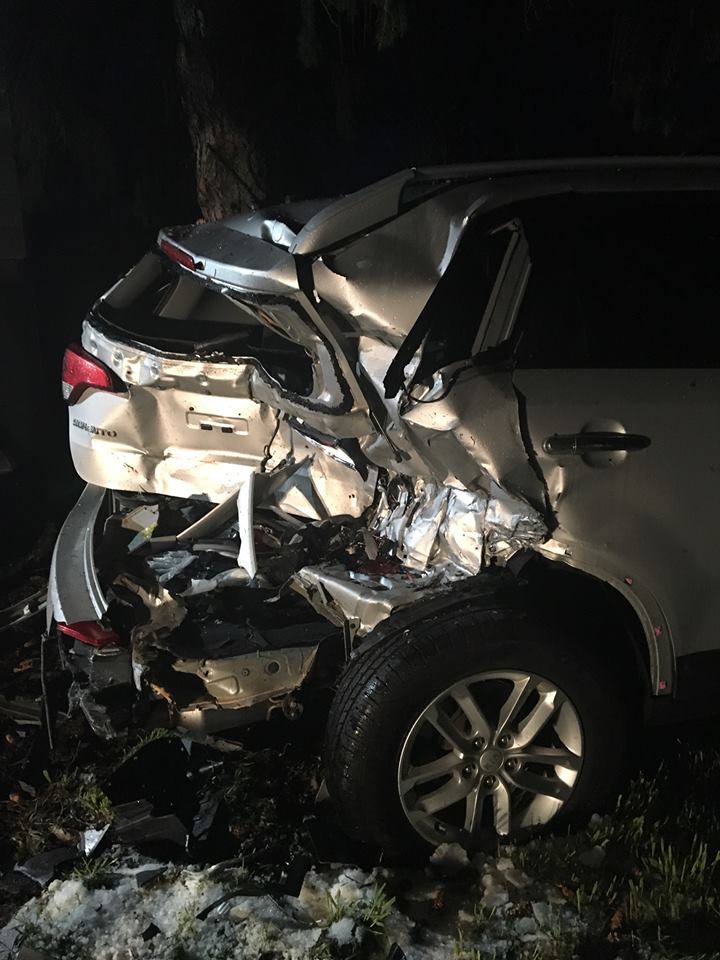 Sgt. Matthew Gwynn with the Roy City Police Department said the driver was a 20-year-old male, and that the accident occurred near 2570 West and 5600 South.