Bernie Sanders pushes back at critics of his new wealth: ‘I didn’t know it was a crime to write a good book’ 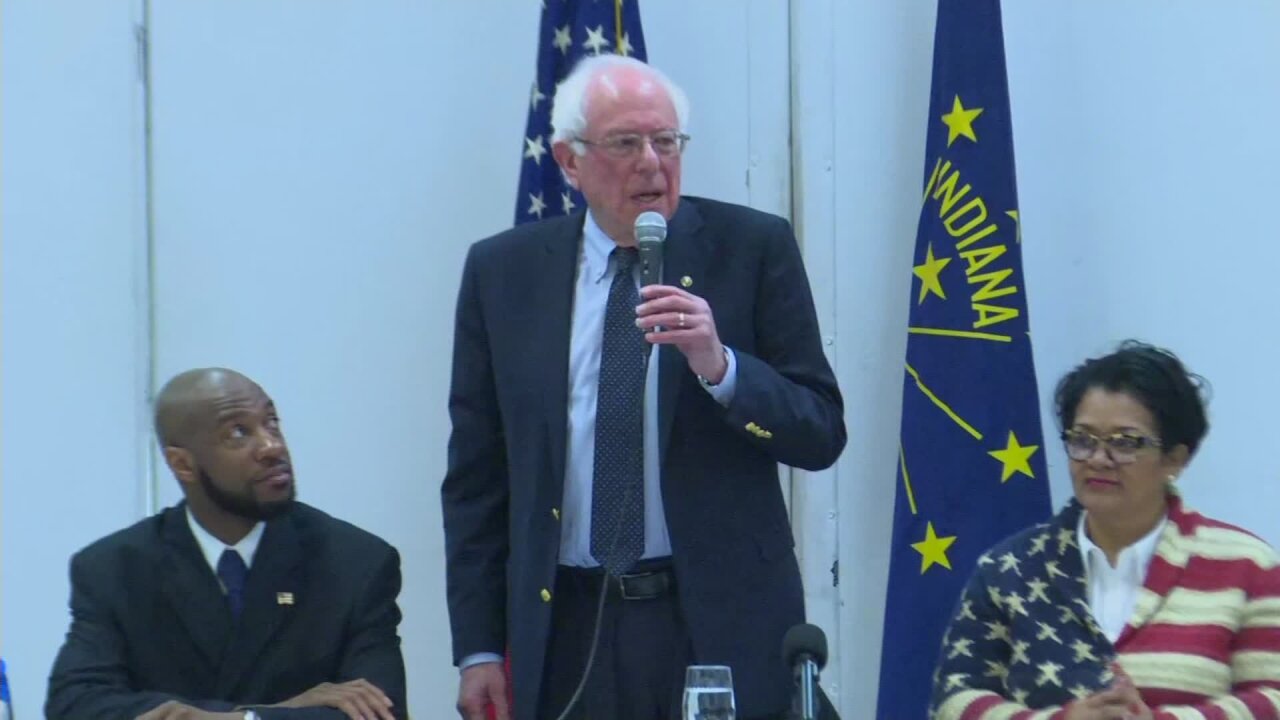 “I didn’t know that it was a crime to write a good book which turns out to be a bestseller,” Sanders said at a community meeting in Gary, Indiana.

Since Sanders described himself as a millionaire earlier this week, he and his campaign have stressed that his policy platform, which is fiercely critical of “billionaires” and wealthy corporate interests, like private insurers and pharmaceutical companies, is unchanged. His Medicare for All push has been colored by relentless attacks on those industries.

“My view has always been that we need a progressive tax system which demands that the wealthiest people in this country finally start paying their fair share of taxes. If I make a lot of money, you make a lot of money, that is what I believe,” Sanders added, defiant and plainly frustrated by the line of questioning. “So again, I don’t apologize for writing a book that was number three on the New York Times best seller, translated into five or six languages and that’s that.”

Sanders’ place among the frontrunners in the 2020 Democratic presidential primary has invited new scrutiny, most of it directed at his finances — and his tax returns, which he said last week would be released by Tax Day, April 15. Sanders made his 2014 tax returns public during his first presidential campaign, in 2016. This time he’s pledged to share a decade of records.

The Vermont independent has twice now bristled at questions about his personal wealth. His comment on Saturday echoed what he told the New York Times earlier this week.

Sanders campaign manager Faiz Shakir has also defended the candidate against claims that his increased income diminished his message or ability to deliver it, telling CNN on Wednesday that Sanders believes in “opportunity for all.”

“The fact that he is somebody who has personally benefited from that opportunity is something that he feels should be a shared opportunity with everyone else,” Shakir said. “He’s made some money off a book. And I think that the opportunity that he has had is evaporating for so many others. He feels that strongly … There’s nothing about any of these tax returns or the money or anything that’ll come out that’ll change that fundamental fact one bit.”

Sanders’ book, “Our Revolution,” was released in November 2016, a week after Donald Trump won the presidency. It claimed a spot on Times’ bestseller list. The book is centered on his first campaign and the grassroots movement he worked to create while running against, and ultimately losing to, Hillary Clinton for the Democratic nomination.

His most recent book, “Where We Go from Here: Two Years in the Resistance,” was published in November 2018 and sets out the blueprint for his current run. Sanders entered the race in February.