SALLISAW, Okla. — A restaurant employee has been arrested after customers found a hidden camera in a women's bathroom while trying to connect to the WiFi. 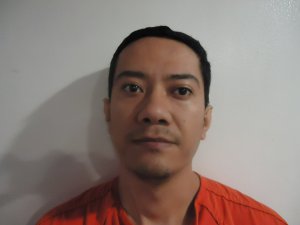 On Sunday, a customer at Roma's Italian Restaurant in Sallisaw logged into a WiFi account and saw a camera pointing at a bathroom stall.

Sallisaw officers, with assistance from restaurant management, located a hidden wireless Bluetooth camera in the air vent above the stall in the women's bathroom.

On Tuesday, Edgar Leonel Moran-Carrera, 32, was arrested after he reportedly confessed to placing the camera in the bathroom. He has been an employee since the restaurant opened over five years ago.

According to a press release, this is the second time a camera has been found in the women's bathroom at the restaurant, but is the first time it's been reported to the police.

This case is still under investigation.