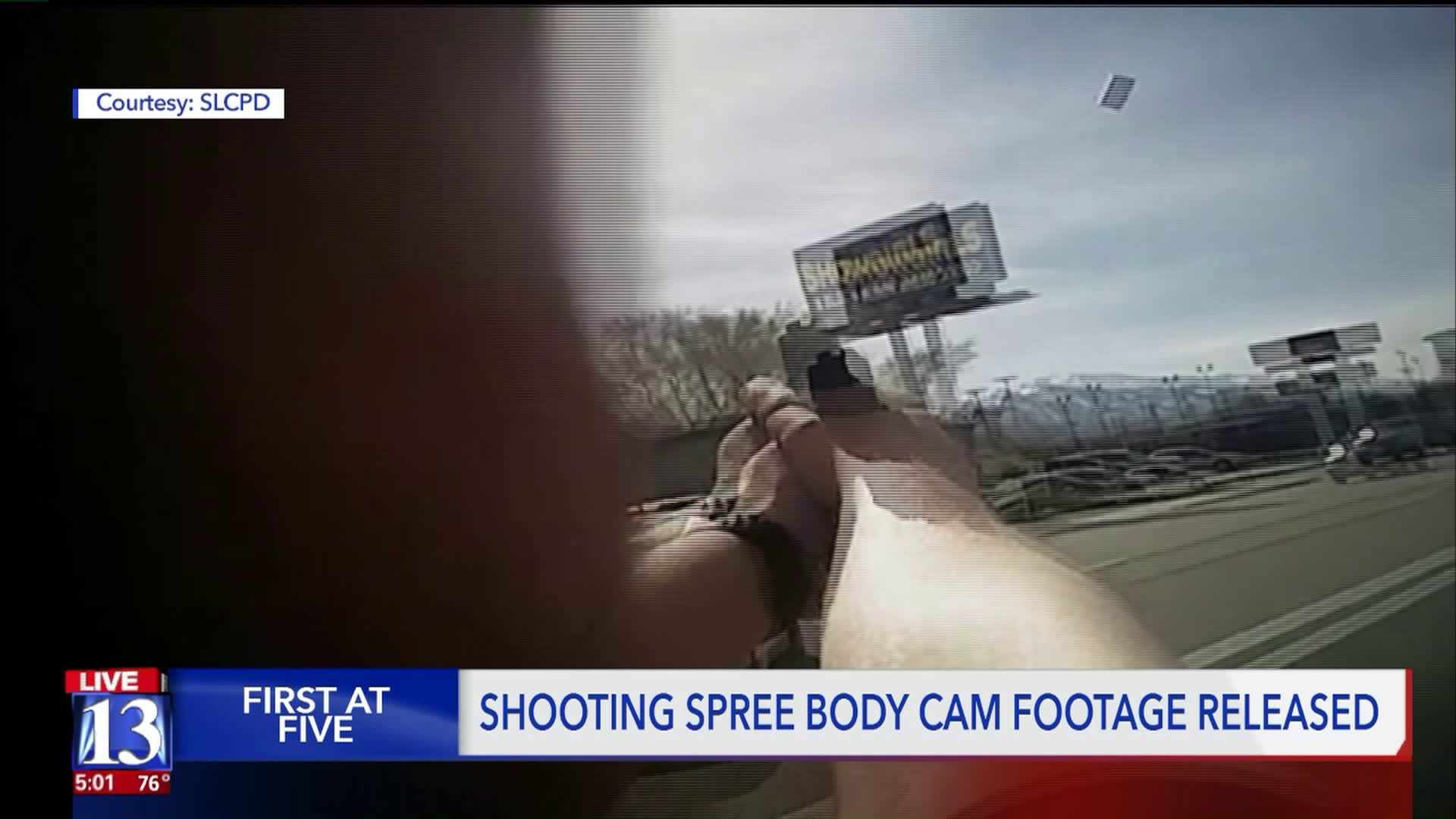 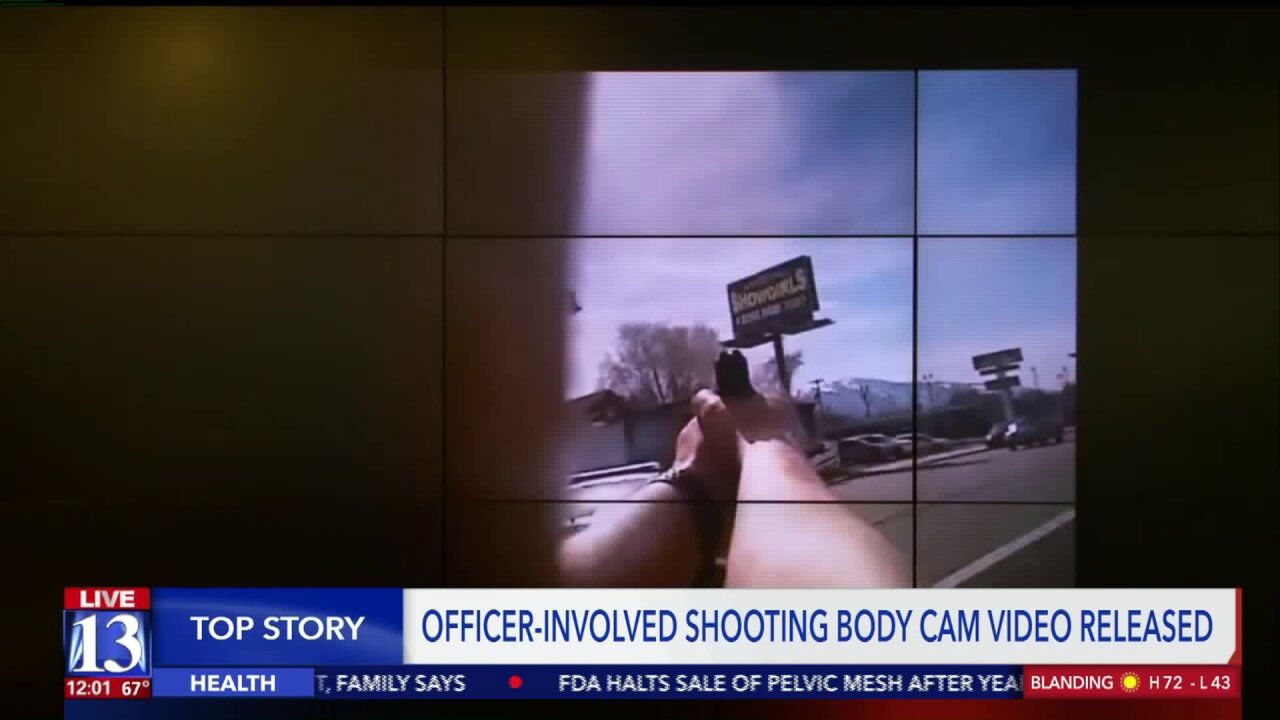 SALT LAKE CITY — Nineteen minutes. That's the amount of time between the first 911 call and the barrage of bullets that killed an active shooter on the run in downtown Salt Lake City on April 8. During those 19 minutes, 911 dispatchers received calls from 65 different witnesses.

“There`s a gentleman screaming 'get down there`s a guy with a gun',” said one person who called 911 that day.

“I saw the gun. I saw them shooting,” another caller said.

All 65 callers described a man in a white truck driving recklessly, shooting a rifle out his window.

“He stepped out of the vehicle with an automatic weapon and fired over the top of my car as I was turning,” another caller said.

After two robberies in Taylorsville and Millcreek, police said Robinson went to the Sheraton Hotel downtown where he opened fire. Then he drove off.

More surveillance video picks up at 500 South 200 East, where Robinson pulls up next to a car and fires shots, but nobody was hit.

Then the chase heads southbound on State Street. As Robinson weaves in and out of traffic, with several officers on his tail, he continues firing his weapon.

After a PIT maneuver on State Street, Robinson crashed into a South Salt Lake business and 15 officers opened fire.

Christina Judd, the Director of Public Relations for the Salt Lake City Police Department, said she doesn’t know how many bullets hit Robinson.

“As far as the active threat that we encountered in our city, our officers are trained to address the threat and stop it and that`s what they did,” Judd said.

Of those 15 officers, ten were with Salt Lake City Police and all of them had body cameras, but only three turned them on.

“Obviously, this was a very dynamic situation that evolved over a relatively short amount of time and when the internal affairs investigation goes through that, they weigh all the factors and determine if there was a policy violation,” Judd said.

It was a dynamic and dangerous county-wide scene that ended in less than 30 minutes with no injuries, other than the death of the suspect.

All of the officers who fired their weapons are on paid administrative leave while the Officer Involved Critical Incident team investigates. Once that investigation is complete, the district attorney will then determine if the shootings were justified.

The press conference with the video releases is embedded below. WARNING: viewer discretion is advised: