SALT LAKE CITY — Suspicions continue to grow for friends, family and police, as the search continues for a newly engaged couple who seemingly disappeared Wednesday night.

Pacing the street in front of a missing Salt Lake couple’s home, friends and family are left wondering what happened to two people whom they love.

“They both disappeared,” said Kendra Szabo, the couple’s best friend, as she stood in front of their red fence. “There are moments where some of the strength breaks… like when I saw her flyer hanging up in the bar and I saw her on the news, those are the moments where it feels real."

The last time anyone heard from Molly Bock or her fiancé, Ryan Boken, was Wednesday night.

Neither Molly, nor Ryan, made it into work the next day.

Police said Molly and Ryan had disappeared. They didn’t tell anyone where they were going and took only their cars and their dog, Sadie. Molly’s phone was left at the house, Ryan’s phone has been off.

“No matter how it happened, it looks like they left in a hurry,” Szabo said. “The gate was open and the shed was open and their attic hatch was open, and they didn’t grab her cellphone, or her purse, or their dog food.”

As police try to piece together the couple’s disappearance, it doesn’t make sense.

“Trying to put it together… How can both cars be gone? How can one phone be at home,” Keller said.

“The last time I was with Molly and Ryan, Ryan mentioned a feeling of suspicion and paranoia… That somebody may be after him, mind-controlling him, or that they were in some sort of danger,” Szabo said. “You’re not going to think much of it until they disappear."

Amid the confusion, one thing is for certain, their friends and family aren’t going to stop looking.

“Molly and Ryan, we love you, everyone loves you,” Szabo said. “We’re all desperate to find you, we hope that you’re safe, if you’re safe please call us, but most importantly please come home.”

Szabo told FOX 13 that police were able to find Molly's car around 7:30 Friday night, but could not provide the location or any additional information.

Ryan Boken is 27-years old. He is described as being 6’2” tall, 150 pounds, with short lighter brown hair, brown eyes and tattoos on his arms.

Molly Bock is also 27-years old. She is described as a 6’ tall, 130 pound woman with long dark brown hair, brown eyes, a nose and septum piercing as well as tattoos on her arms, hips, rib cage and feet.

Police ask that anyone with information call South Salt Lake dispatch at 801-840-4000. 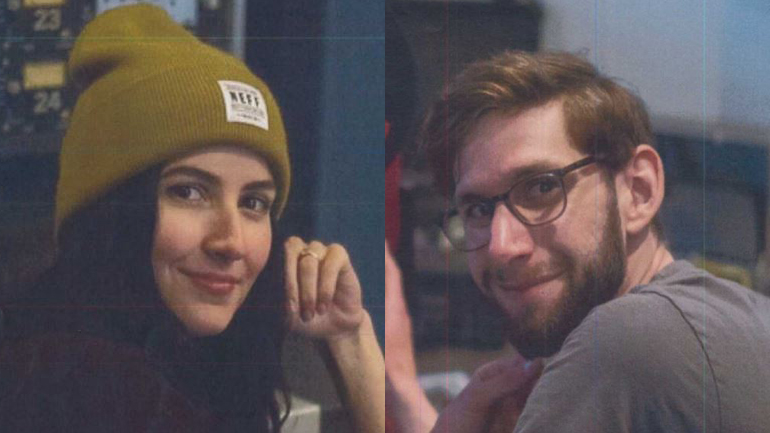