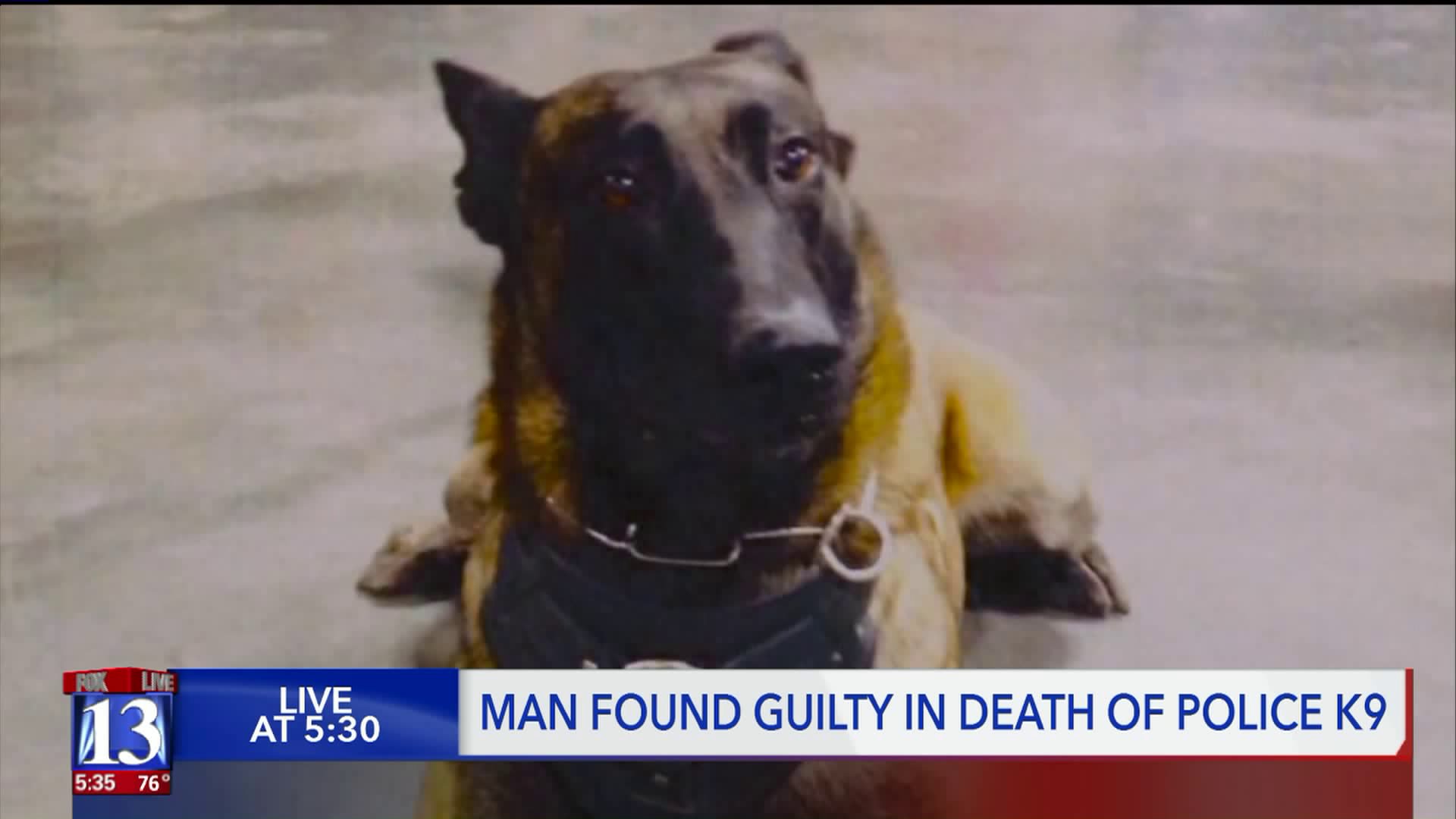 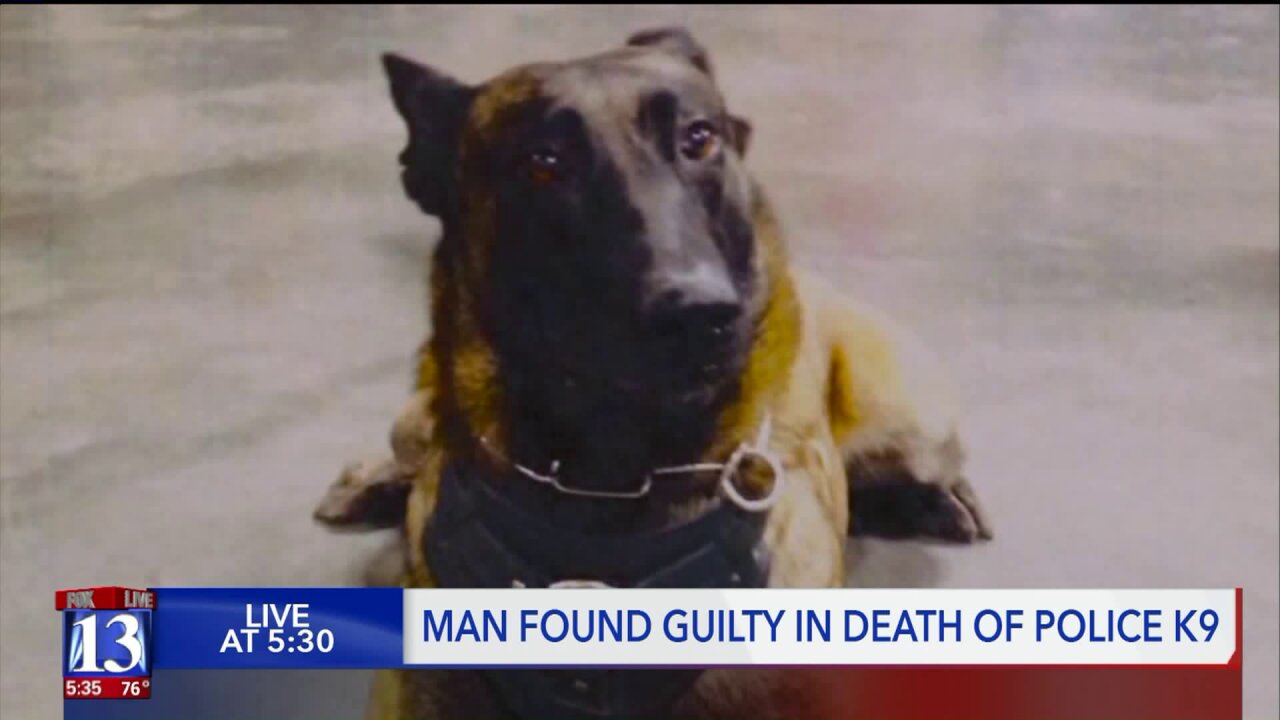 SALT LAKE CITY — A jury found a man guilty for the shooting death of a police K-9.

Torey Chase Massey was emotionless as the verdict was read.  Massey was found guilty on five counts, including possession of a dangerous weapon by a restricted person and death of a service animal.

Massey faces up to 10 years behind bars for killing Unified Police dog Dingo while Massey was being chased by officers on July 6, 2017.

Chad Reyes, Dingo’s handler, was in the courtroom for the entirety of the four-day trial.

“It was a very difficult week reliving all the experiences I went through on July 6th of 2017,” Reyes said.  “The verdict from the jury today was very vindicating.”

Reyes is now the deputy chief of the Herriman Police Department.  He still trains dogs to work in law enforcement.

“To try to attempt to describe the bond between a K-9 handler and his four-legged partner is impossible.  Losing Dingo was one of the most difficult things I experienced in my life.” Reyes said.  “Having this closure is huge for me.”

Reyes worked with Dingo for five years, building a strong bond.  He believes his dog died a hero.

“I have no doubt that he saved at least my life,” Reyes said.

Dingo’s death inspired the Utah legislature to pass a bill that increases the penalty for killing a law enforcement service animal.  Governor Herbert signed the bill into law in March 2018.

“If his sacrifice not only saved law enforcement officers lives on the night of the incident but also spurred a movement for stiffer penalties in the future, I think it's worth it,” Reyes said.

Massey is scheduled for sentencing on June 17.  Reyes plans to speak at that hearing.

“I just want this individual to know when he is in prison staring at his cell on his 1079th day in prison, that he’s spending that time for Dingo,” Reyes said.   “I want his sentence to be consecutive and him to know he’s in there for what he did to my best friend.”