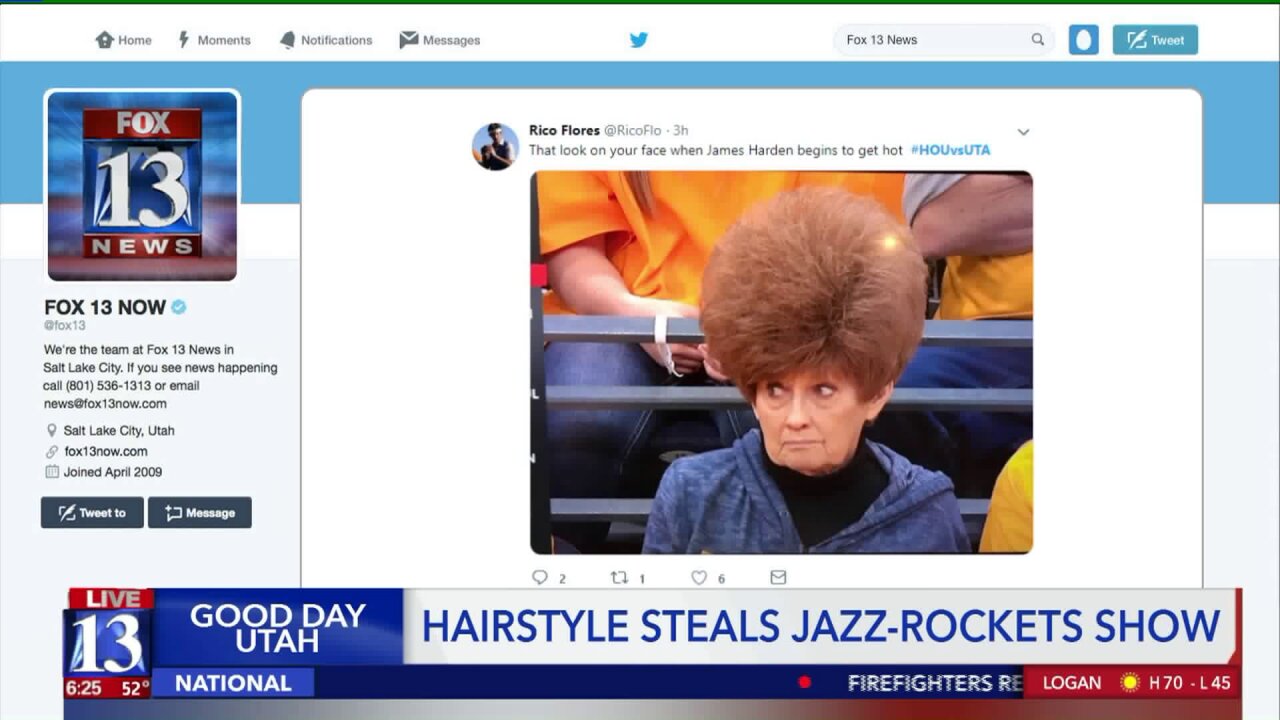 SALT LAKE CITY - Utah can keep its nickname of the Beehive State.

This woman was going viral on Twitter during Saturday night's game because of her "in-your-face" hairstyle.

Twitter users didn't hold back, wondering if the hair-do could be a way to distract Rockets guard James Harden.

One even went as far as comparing the lady to former record producer Phil Spector's hairstyle from 2009.