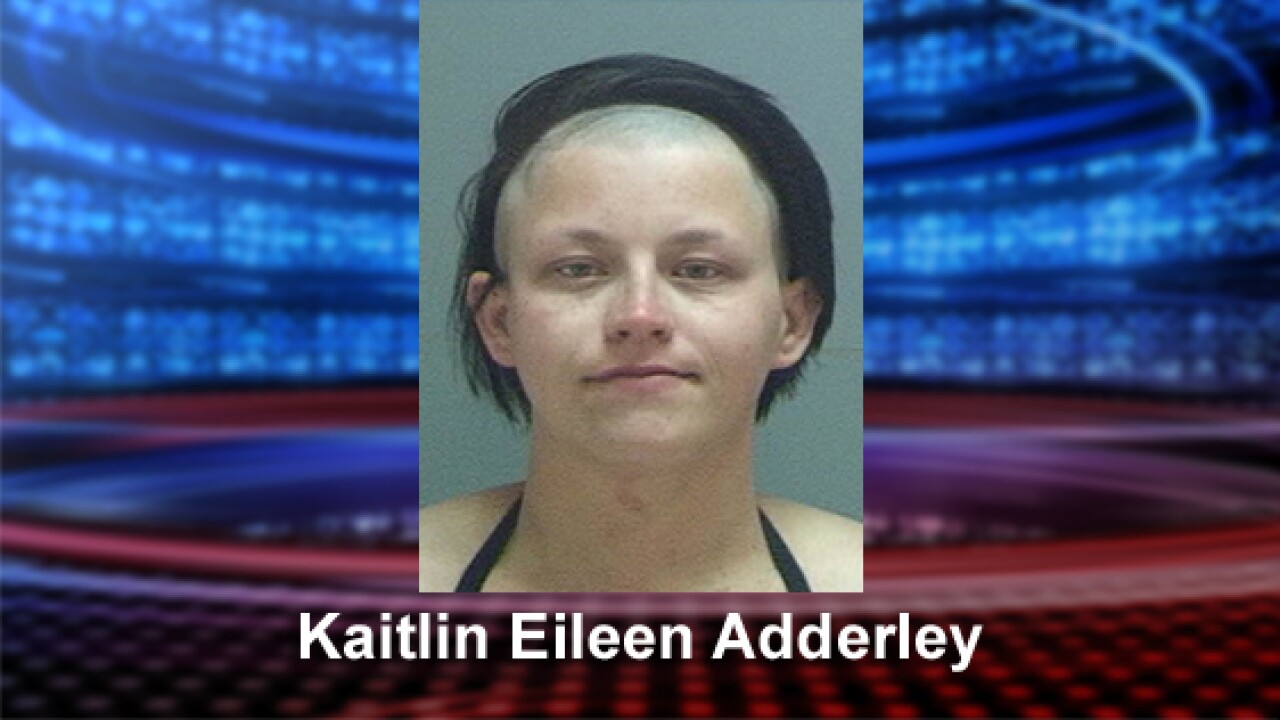 SANDY, Utah — A woman was booked into the Salt Lake County Jail Saturday after police received a report that she was “naked in public dancing, shouting, and grabbing at” her boyfriend.

Police responded to The Commons at South Towne, 10391 S. State St., where they made contact with Kaitlin Adderley.

According to a probable cause statement, Adderley was dressed when police arrived, but she made a statement to officers saying she had taken her clothes off during an argument with her boyfriend.

Police said the incident happened in a busy public area with constant foot and vehicle traffic, and that a 2-year-old child witnessed it.

Adderley faces a misdemeanor count of lewdness involving a child and an infraction of disorderly conduct.