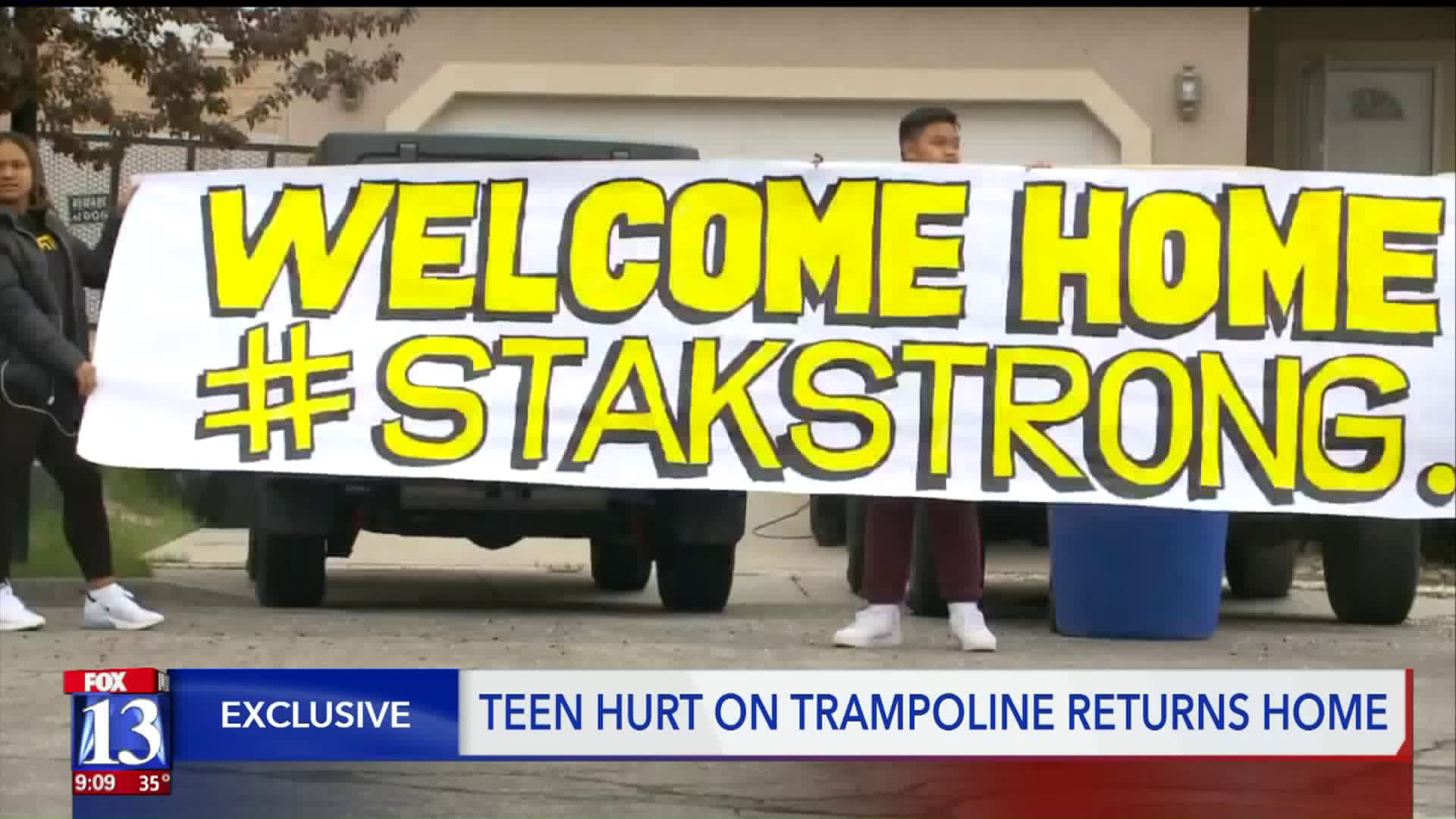 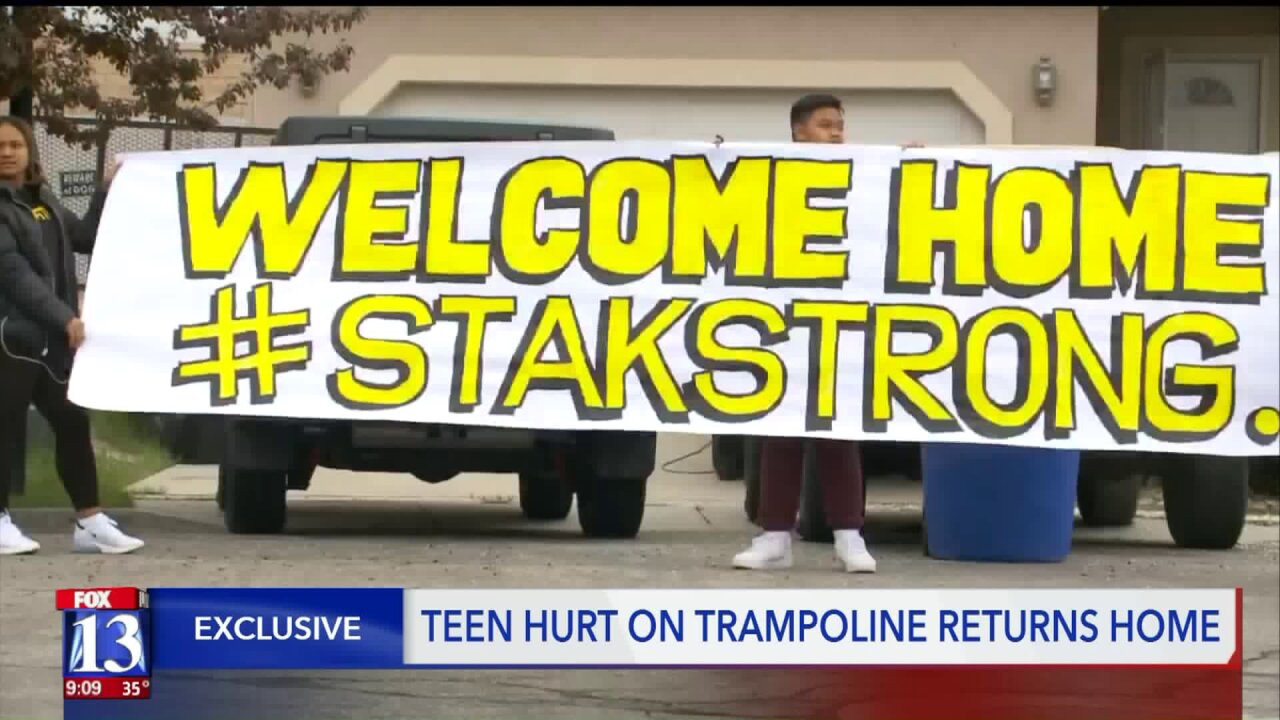 KEARNS, Utah — This was a homecoming 47 days in the making.

Audrick Afatasi had been in the the hospital since he suffered a spinal cord injury at a trampoline park on March 15.

“It was hard being away from home,” Afatasi said.  “Right now, I’m just trying to focus on just getting better, hopefully walking.”

The Kearns High School senior and standout football player was attempting a double flip when the injury occurred.

“When I landed, I felt like locked up and couldn’t move, paralyzed,” Afatasi said.

Despite losing the ability to walk, Afatasi hasn’t lost his spirit or will to get better.

“I don’t regret nothing,” Afatasi said.  “I met so many new people through this.  I am grateful for it.”

He credits the outpouring of support he’s received with providing the motivation to work toward reaching another benchmark.

“I am trying to walk for graduation, so I have like 20 days to get it,” Afatasi said.  “Everyone has supported me.  It would be like, my payback to them.”

The community support was on display when Afatasi arrived home from the hospital, Tuesday.

As music played in the background, dozens of people cheered Audrick’s return.

“The community — just how they showed up, showed their love, it was crazy,’ Afatasi said.

He is committed to doing whatever it takes to get out of his wheelchair and walk down the aisle to receive his diploma on graduation day.

“I am willing to do it every day,” Afatasi said.

A GoFundMe page has been set up to help with Audrick’s medical bills and the cost to make his home wheelchair accessible.