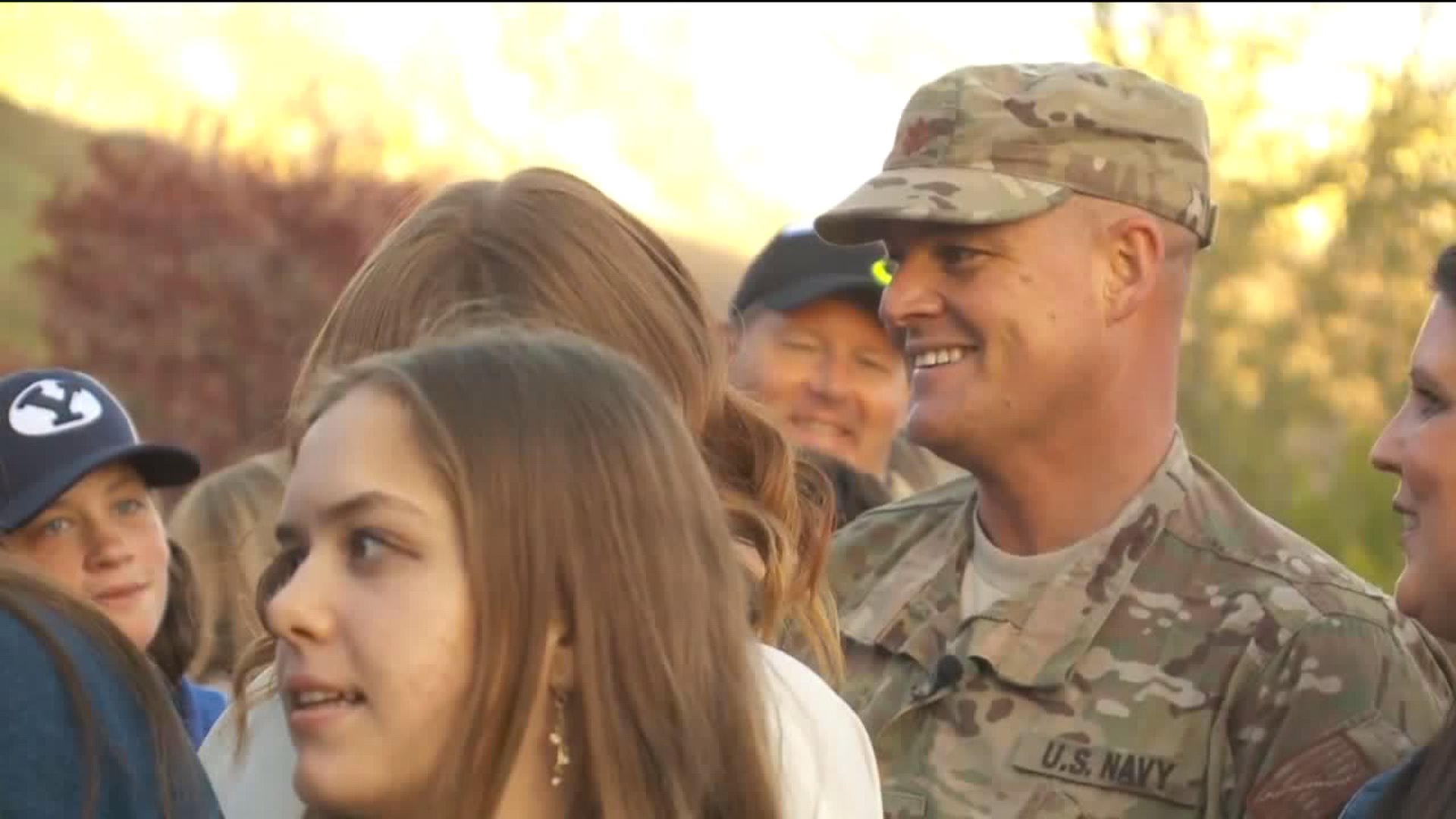 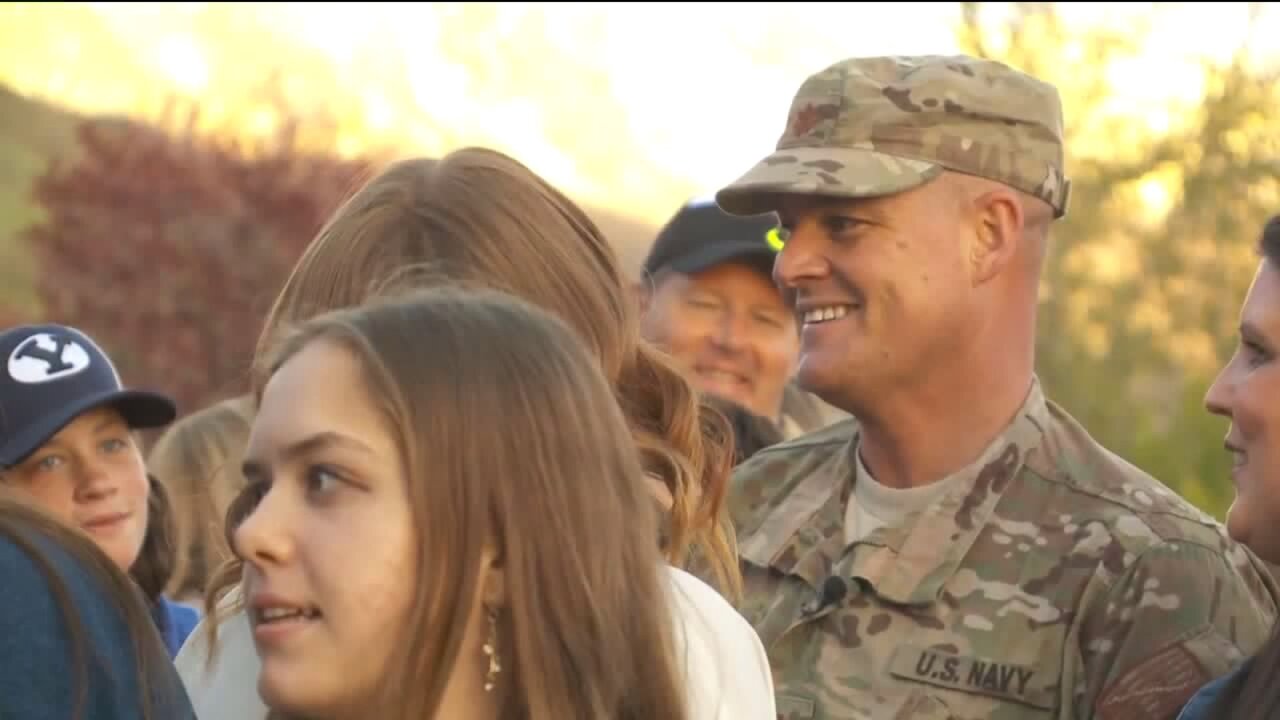 PLEASANT GROVE, Utah – The Pleasant Grove community lined the streets with flags and cheers Wednesday evening, to honor one man's military service and celebrate the return home to his family.

About 45 minutes before the police and fire escort made its way down East 200 South, Blake Penrod diligently hammered rebar stakes into the ground several feet apart, before placing flags over the rebar.

He had just found out about the homecoming 20 minutes prior to showing up, thanks to a post on Facebook that his daughter saw.

"I said, 'Great! I'll just grab my flags,'" Penrod said. He wasted no time in lining the street with several large American flags, as well a Navy flag and Marine Corps flag.

Even if he only had 20 minutes' notice, Penrod knew this event was important to show up to.

"I want him to feel a little bit more welcome home than when I did [coming home]," Penrod said, putting his hand on his chest as he got choked up.

Penrod served in the Navy during the Vietnam War.

Flags and support didn't line the streets when he arrived back, and that's why he's here. He knows what it means.

After installing the last flag, Penrod stood in front of it and saluted.

Young Lilly Alldredge may not know what it means in the same way Penrod does.

"Flag's in your face!" she playfully shrieked at her friend, laughing as she waited on the sidewalk.

Lilly does know what it means to imagine what it'd be like if her dad was gone for several months.

"I can't believe that she would go for eight months without a dad like that," Lilly said, of the Naval officer's daughter. "Seems scary to me."
That's why she's here-- to support her friend Maddie and Maddie's dad.

"He fought for our country," she said, before being interrupted and told the man she's waiting to welcome home did medical work at a hospital overseas. "Really? What? Why did I not know that?!"

It didn't matter if everyone knew every detail about Navy Lieutenant Commander James Brown or not.

They knew he'd spent eight months in Kandahar, Afghanistan, away from family and serving our country.

And they knew he was on his final stretch home.

Sirens began to sound in the distance, and the crowd murmured as the procession drew near.

Police vehicles, a fire truck and dark SUV with LCDR Brown and his family inside turned the corner and headed down the street, passing by and continuing on.

The welcoming committee waved their flags and smiled, before parading down the street to greet the man of the hour.

A large group stood at the end of the driveway, taking pictures of Brown, his wife and four daughters all together again. A 'welcome home' banner hung above the garage.

With the group gathered 'round, Brown addressed everyone: "Thank you everybody for the love and support!" he said. The crowd broke out in applause, and he added "To me, and to my family."