The Utah State Legislature is going to take another look at .05 (but it’s here to stay) 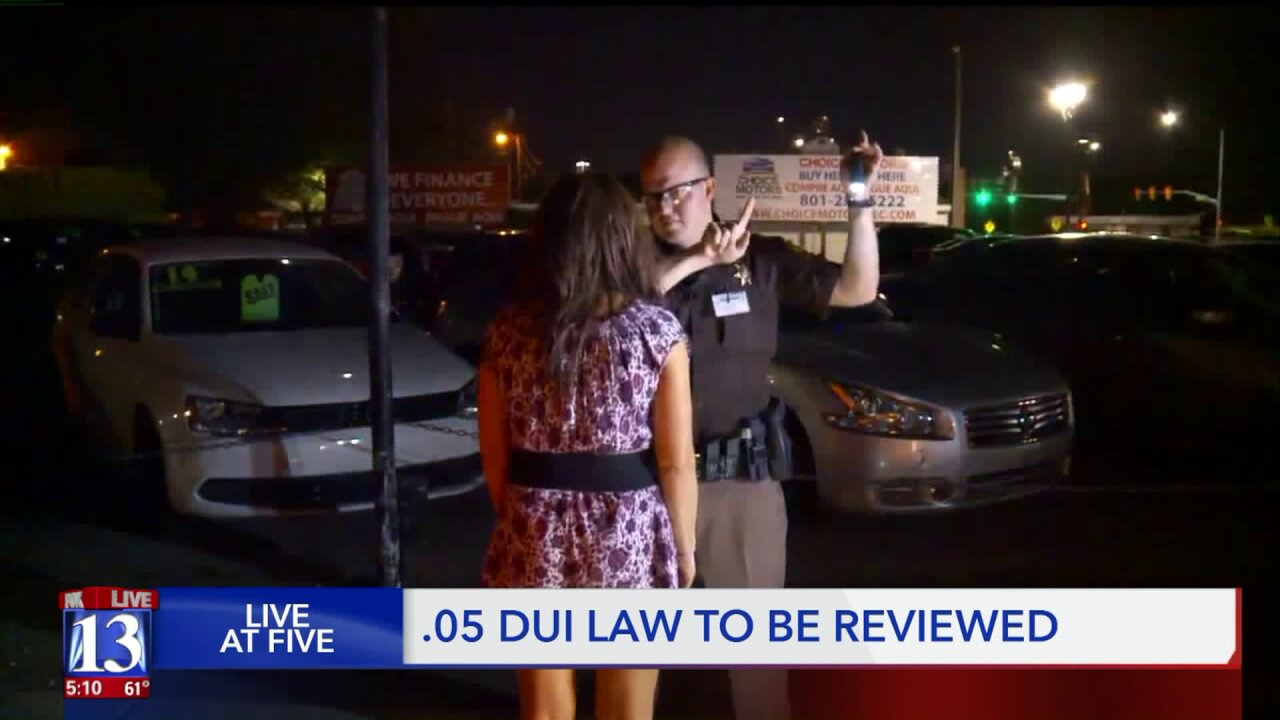 SALT LAKE CITY -- Lawmakers will discuss Utah's controversial .05 DUI law and whether any modifications need to be made to it.

The law, which went into effect on New Year's Eve, has been placed as a study item for the Utah State Legislature's Business & Labor Interim Committee. Sen. Curt Bramble, R-Provo, told FOX 13 the committee wanted to examine its impact.

"We thought it appropriate, now that it’s been effect since Dec. 31, 2018, we wanted a report on the data. We want to see what’s happening with it," he said.

The law lowers the blood alcohol level from .08 to .05. Right now, Utah has the nation's toughest anti-drunk driving law.

David Morris, a bar owner and the president of the Utah Hospitality Association, said he also wanted to see data.

"There’s no data between .05 and .08," he said, noting that a majority of alcohol-related fatalities start well above .08.

Morris said that since the new law took effect, he has not seen a drop in business.

"I don’t feel it. My numbers are up. We’re busy. Our numbers are growing. Uber and Lyft have been a godsend to this industry as a whole," he said.

But Morris said the problem still remains for people being punished without knowing they might violate the existing law. He said someone who has a single glass of wine or beer with lunch or dinner and suddenly finds themselves arrested for a DUI.

"Have the punishment fit the crime," he said.

Morris said he would like to see the legislature possibly consider a tiered system of punishment for people who may be arrested for .05 to .08 and then above.

"Maybe the compromise here is .05, .06, .07s, where it used to not be illegal, write them a warning, a citation instead of charging a misdemeanor," he said.

Tourism and hospitality groups have worried the impact of the law would harm Utah's economy, by scaring people away from dining out and fearing a drink could land them in jail under the strict new legal standard. A coalition of groups have launched a campaign urging people to "enjoy responsibly" and take a ride share or cab.

Sen. Bramble said the committee wanted to hear feedback on the new law over the next year. Any modifications to the new law would not be considered until the 2020 legislative session in January.

"We’re just getting information. We don’t have an agenda of what we want to accomplish," he said.

But Sen. Bramble insisted .05 itself is not going away and defended the new law. He said other states have reached out to the Utah State Legislature and are considering their own bills.

"The message with .05 is a very simple message. If you drink, don’t drive," he said. "That’s a very simple, straightforward proposition."