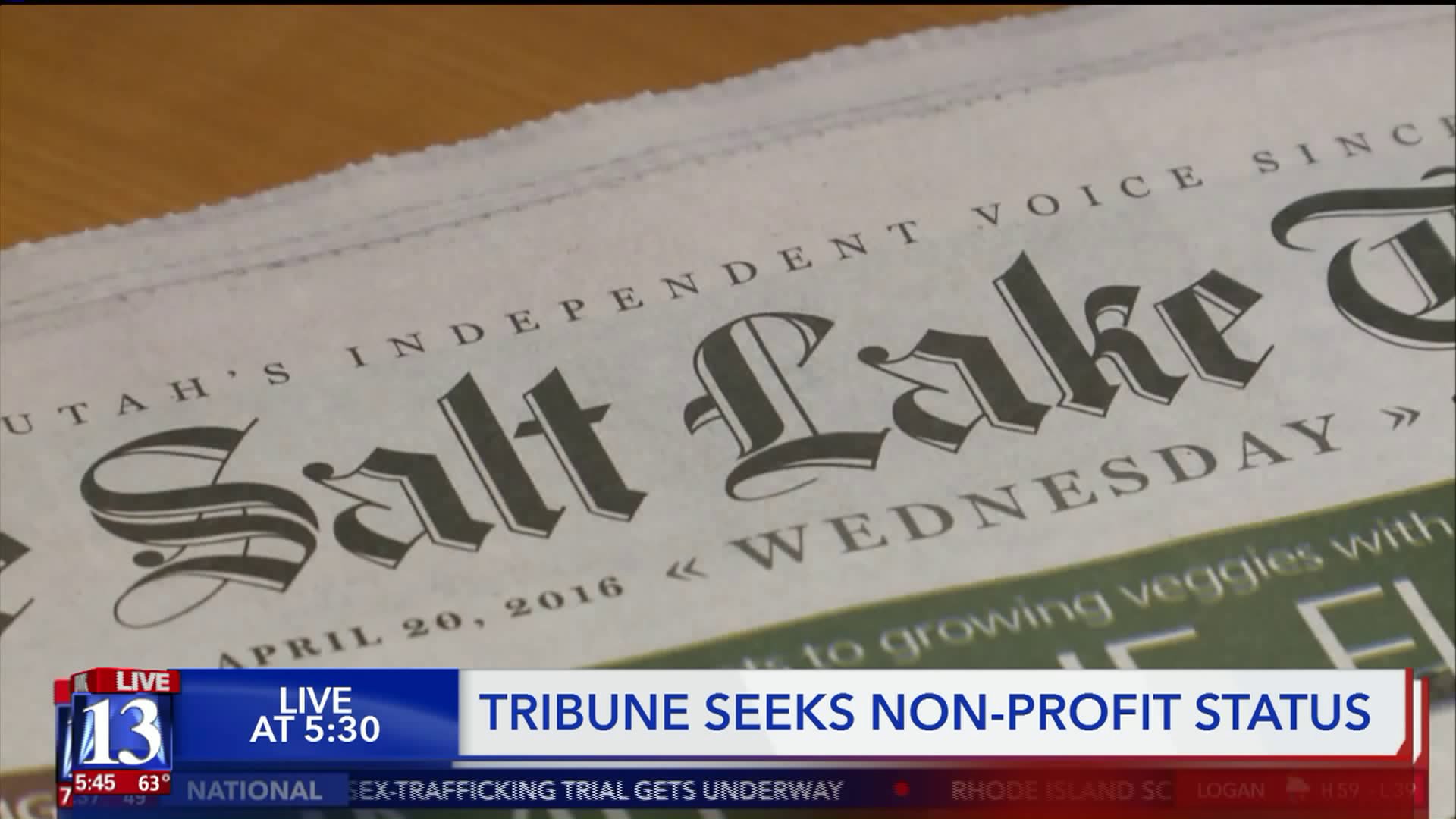 n Wednesday, Salt Lake Tribune Publisher and Owner Paul Huntsman andEditor Jennifer Napier-Pearce Napier-Pearce announced their intention to turn the paper into a non-profit organization. If approved it will be the first so-called "legacy newspaper" in the country to try. 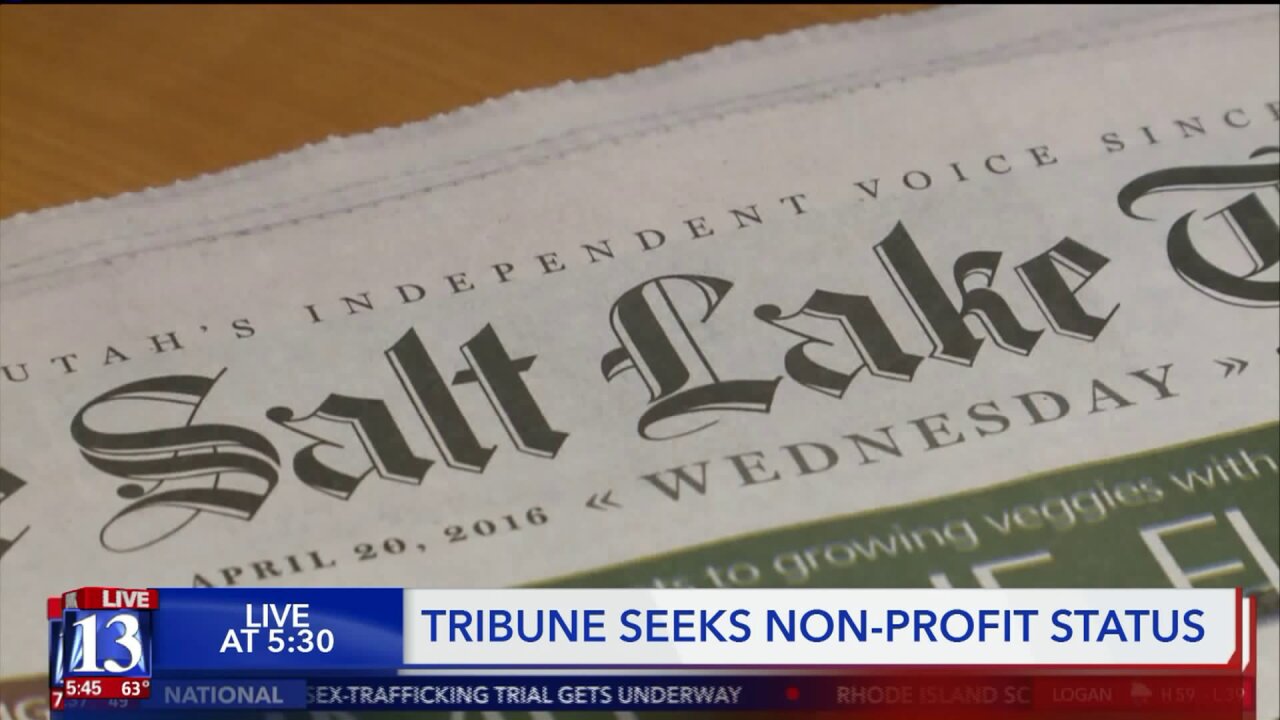 If approved it will be the first so-called “legacy newspaper” in the country to try.

“The sad reality is that newspapers across the country are struggling financially,” Napier-Pearce told Fox 13’s Good Day Utah.

The Tribune is pursuing the change in the midst of a crippling environment for print publications.

Huntsman said in an editorial that “roughly 1800” such papers have died in recent years.

According to the Economist Magazine, daily newspapers lost 60% of their advertising revenue between 2005 and 2014 and America’s population of newspaper reporters dropped from 50,000 to 20,000 in the same period.

“Strong communities have strong newspapers, and we want to be here for the long haul,” she added.

The Salt Lake Tribune is a content-sharing partner with Fox 13 News.