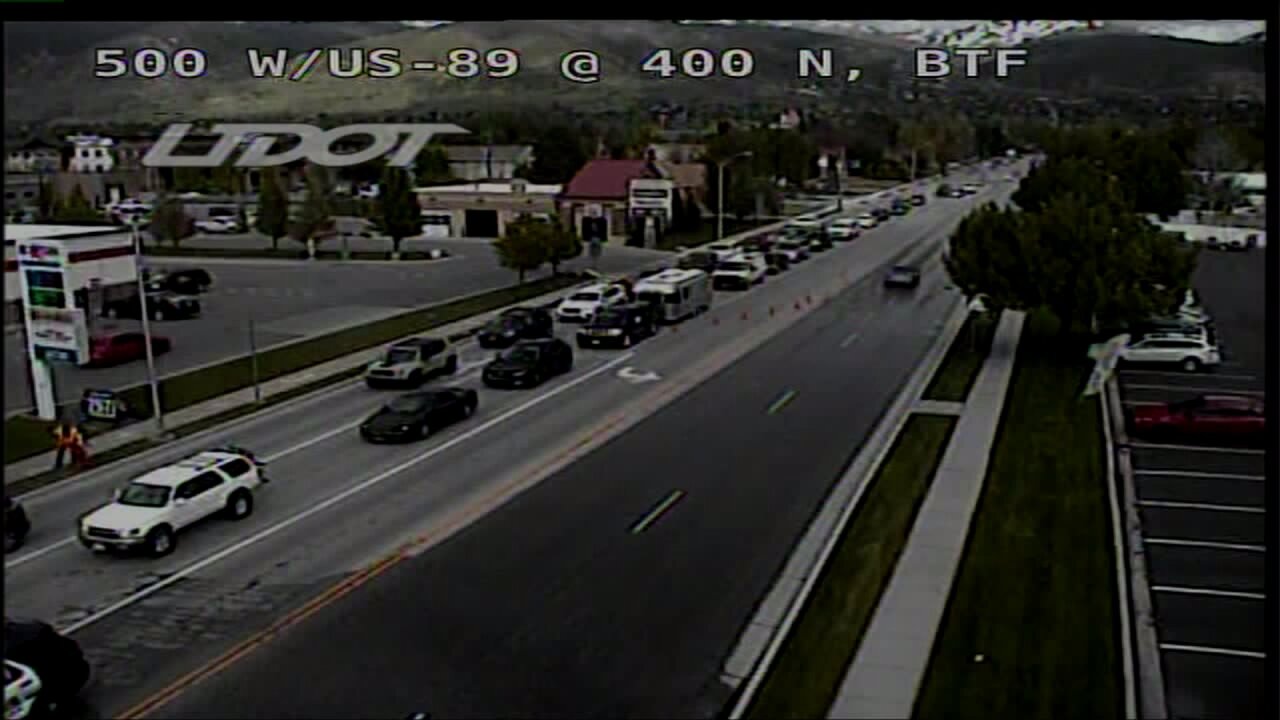 UPDATE: Police have closed an additional lane due to the water line break.

The water department is shutting down another lane westbound due to the water line break. Take 200 W to 1000 N or Center street to go around the 400 N 500 W intersection.

BOUNTIFUL, Utah – A water line break at 400 North and 500 West is affecting westbound 400 North traffic, according to Bountiful City Police.

The Utah Department of Transportation reported an incident at the address at 3:25 p.m. and the center lane of 400 North was closed.

Police added adjacent lanes retain their purpose when a lane is closed and they could issue citations for turning from a straight lane.

Keep in mind, when a turn lane is blocked, adjacent lanes retain their original purpose. You could be cited for turning from a straight lane. If you need to go a certain way, go straight through the intersection and make a U turn or take an alternate route.

Police added the city’s water department is on the scene.