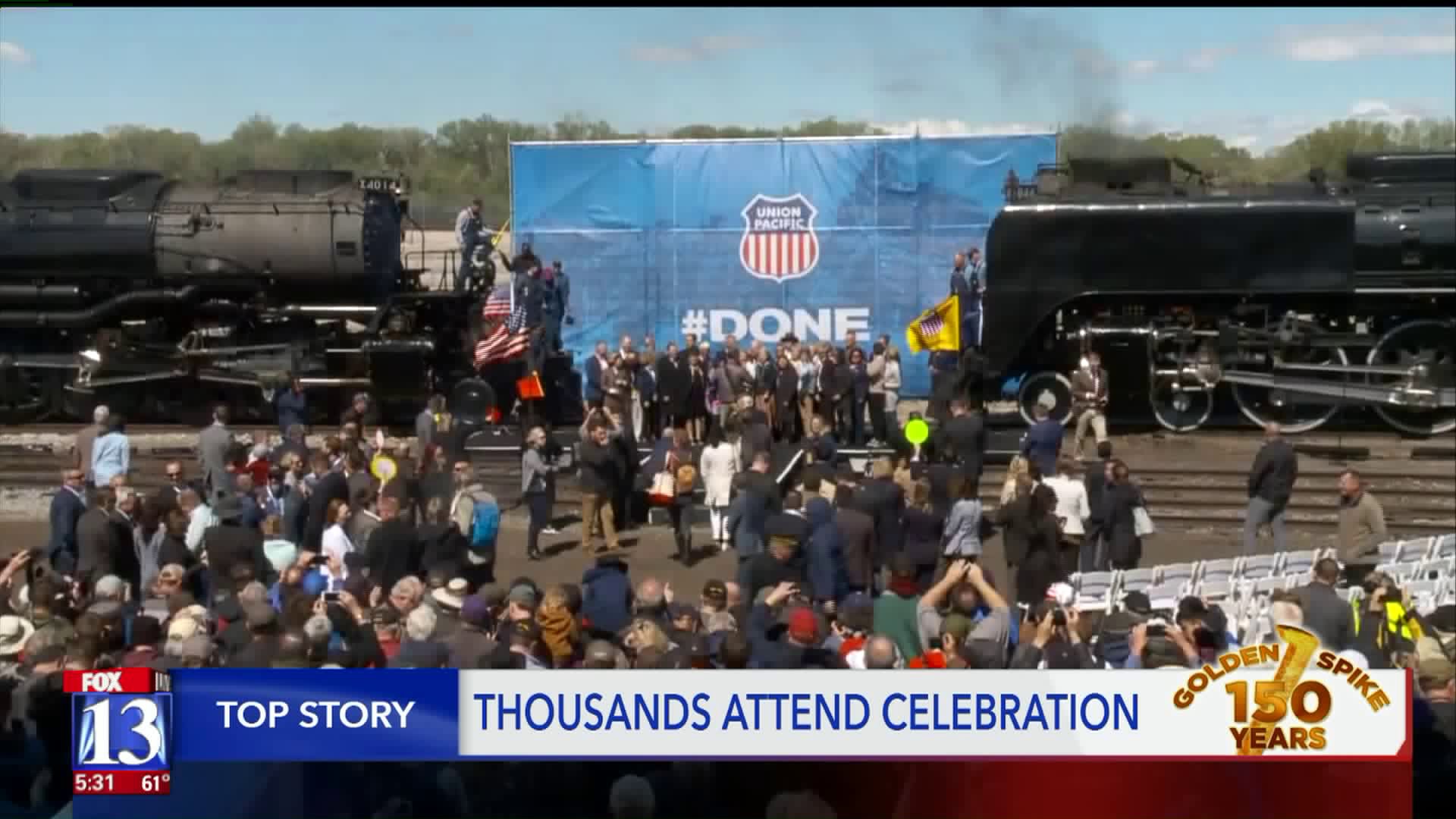 Celebrations 150 years in the making kicked off commemorating the completion of the Transcontinental Railroad in 1869. 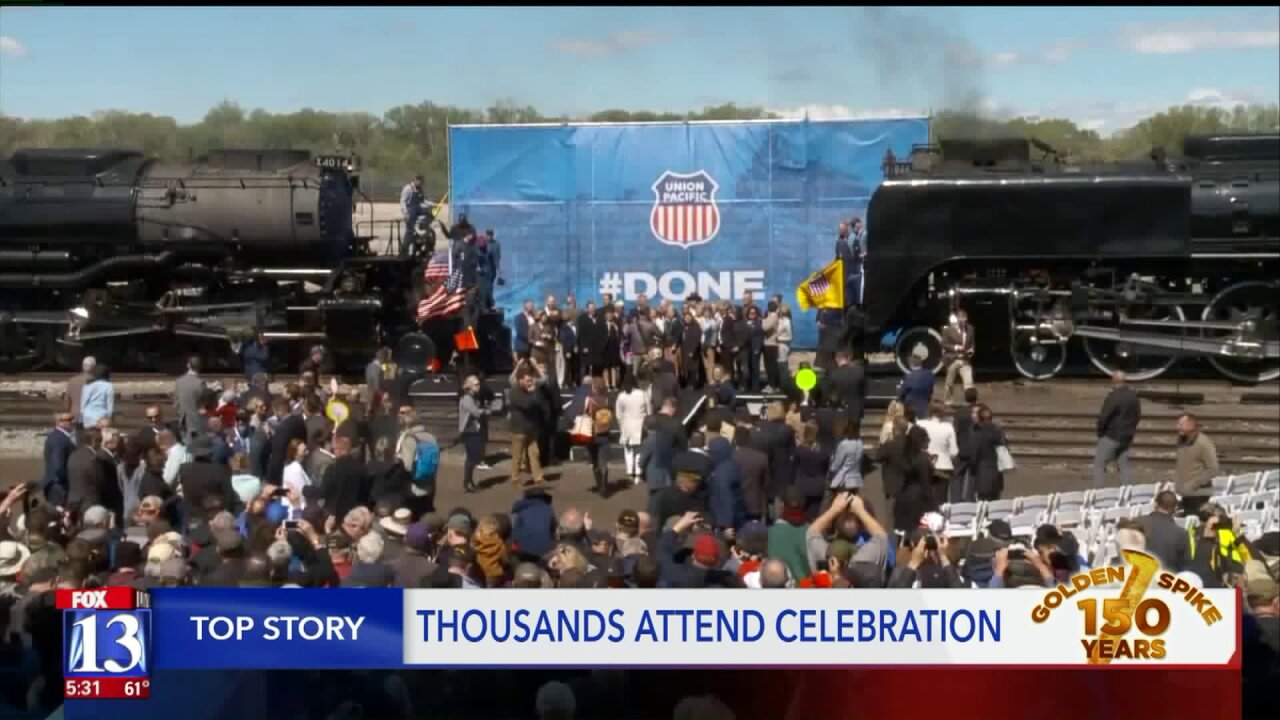 OGDEN, Utah – Celebrations 150 years in the making kicked off commemorating the completion of the Transcontinental Railroad in 1869.

On Thursday, Union Pacific brought together two iconic locomotives for the historic weekend.

An estimated 7,300 people traveled to Ogden with some coming as far away as Europe and Asia. Four hundred descendants of Chinese railroad workers also came for the celebration.

Carlo Lobos arrived three hours early to get the front row to see Big Boy 4014. The largest steam engine ever made fully restored for this anniversary.

"Train Chasers" each carry their own locomotive love affair.

"I have models of it," Lobos said. "A hat of it." Lobos traveled from California specifically for the Ogden event.

"This one was made just for this occasion," former Union Pacific employee Tom Savio said, pulling out an engraved pocket watch from his overalls.

"It is beyond anything that I have ever seen," Savio said.

Big Boy joined the "Queen of Steam" to reenact the famous image in Promontory Utah.

"The railroad created our economic explosion; the railroad made us into an industrial power," Utah Rep. Rob Bishop said.

The Transcontinental Railroad was the greatest building project of the 19th Century. It’s compared to having the same impact on the country as the internet today.

"We ought to understand the lessons from that history: that we can do difficult things, significant things during difficult times," Utah Gov. Gary Herbert said.

"I must say that I was very touched by it," Savio said.