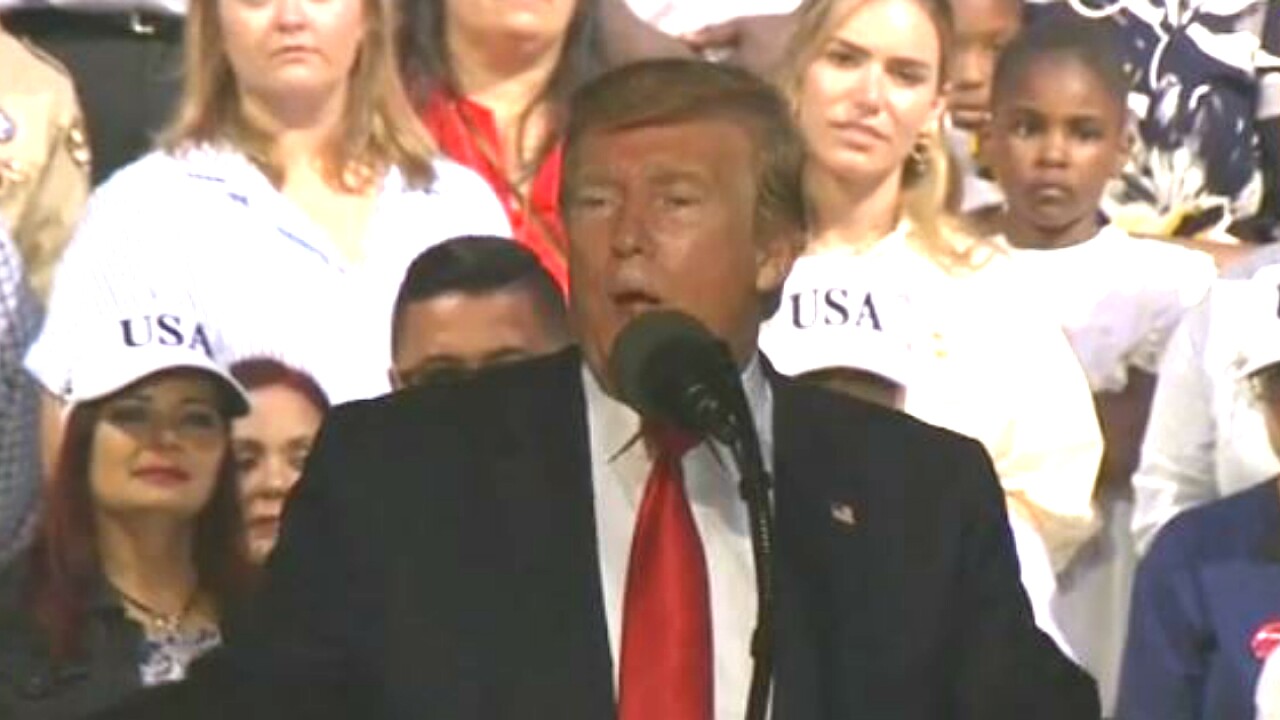 President Donald Trump made a joke Wednesday night when someone in the audience at his campaign rally suggested migrants crossing into the United States should be shot.

Trump outlined his concerns about the US-Mexico border, making the case for his long-sought border wall: “When you have 15,000 people marching up, and you have hundreds and hundreds of people, and you have two or three border security people that are brave and great.

“And don’t forget, we don’t let them and we can’t let them use weapons. We can’t. Other countries do. We can’t. I would never do that. But how do you stop these people?” the President said.

Someone in the audience interrupted Trump, shouting: “Shoot them!”

Trump chuckled at the shouted remark before shaking his head, as the crowd began to laugh.

The Trump campaign did not immediately return a request for comment.

The riff came during a rally in Panama City Beach, a town in the Florida Panhandle where Trump drove up big margins of support to help him win the state in 2016.

Trump’s aggressive stance against illegal immigration has put him at odds with Democrats on how to stem the problem, but it has remained a signature campaign issue for the President.