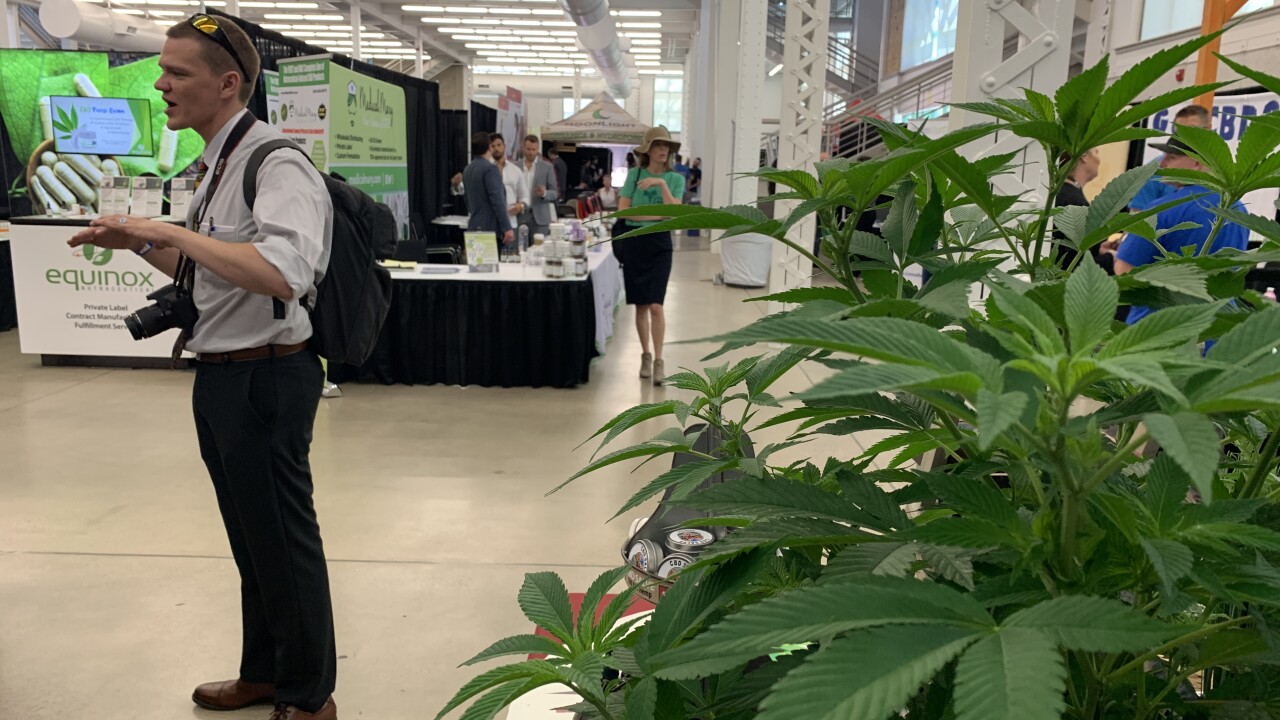 SALT LAKE CITY – Utah's fledgling medical cannabis program has not even gotten off the ground, but already there's a lot of interest in marijuana in the state.

At the UCANN conference on Friday, dozens visited vendor booths at the Utah State Fairgrounds for CBD products (which are now legal) and sat in on discussions for and against the state's new medical cannabis program.

Hicks noted how big CBD has become in Utah ever since the Utah State Legislature legalized it. His business has been booming.

"It’s just starting. We’ve been doing this for three years and it’s gradually grown and now I just see it’s just going to be huge," he told FOX 13.

It's the second year for this conference put on by Salt Lake City's alternative newspaper City Weekly. But Christine Stenquist, the founder of Together for Responsible Use and Cannabis Education, noted this year was a first.

"It’s the first weed conference with a legal program," she said.

Voters approved Proposition 2 last year, only to see the Utah State Legislature replace the ballot initiative with their own bill to create a state-run system. It's spawned litigation and public pushback. At a panel discussion on the subject, Stenquist and other TRUCE members predicted the state-run dispensary would fail.

Steve Urquhart, a former Republican state senator from St. George, urged the crowd to keep lobbying the legislature for changes to the state-run medical cannabis program before it even launches.

"Passage of Prop. 2 was an enormous victory, let’s not lose sight of that," he said.

The Utah Department of Health, which has been tasked with running the state's dispensary system, and the Utah Department of Agriculture and Food, which will grow the marijuana, will also be participating in the UCANN conference. They will outline what the program will be as required by law.

"We want to implement in a way that’s effective, in a way that minimizes cost as much as possible and in a way that’s reasonable so patients can get access to the medication that they’re seeking," Rich Oborn, the health department's program manager, said in an interview Friday with FOX 13.

He said they envision an online ordering and payment system and distribution across Utah in a cost-effective way. Oborn said it would be running by March 2020.

"There will challenges, especially with one of this nature. We’re working through those challenges. Patient access is important," he said.

Stenquist is skeptical and said she preferred to have more private dispensaries run the program.

"We’re still bumping up against the state running its own drug cartel," she said.

TRUCE and the Epilepsy Association of Utah are suing the state over its bill replacing Prop. 2. The groups are arguing in court that a state-run drug system runs afoul of federal law, as opposed to government opting not to prosecute privately-run systems. (They also recently dropped a claim that The Church of Jesus Christ of Latter-day Saints, a Prop. 2 opponent, colluded with the legislature to overhaul the citizen initiative.)

Stenquist said she planned to keep prodding the legislature to have a working cannabis program for patients.

"There’s always hope this could be modified. That’s one thing that’s nice about the legislative process and not the initiative process. You have time to work on this," she said.