Two men fired at least one shot while stealing beer, cigarettes and cash from a 7-Eleven in West Valley City

WEST VALLEY CITY -- Police are looking for two men who fired at least one shot into the ceiling of a 7-Eleven while making off with beer, cash and cigarettes.

"After they received those, one of the males—as they were exiting the store—fired one round into the ceiling of the store and ran on foot," Matheson said.

One of the robbers took a 30-pack of beer during the robbery, and both fled southbound on foot. The gunman fired one more shot into the air while outside.

"They either live in the area and have gone home or have a car and left the area, but so far K-9s haven't been able to come up with the location of the suspect at this time," Matheson said.

Police recovered a "couple" of shell casings at the scene and hope to gather fingerprints as well as video from the store's surveillance system to identify the men.

Matheson described the robbers as black men in their mid to late 20s. One was wearing a black puffy coat and the other a red and blue Champion brand jacket. Both were wearing black pants. The two men are pictured below. Contact police if you recognize either man. 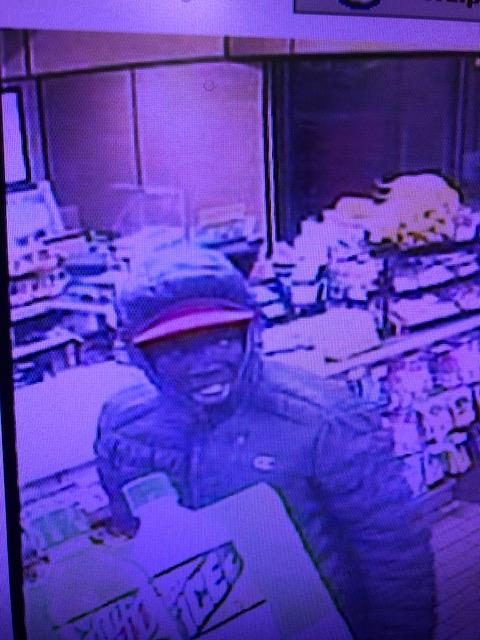