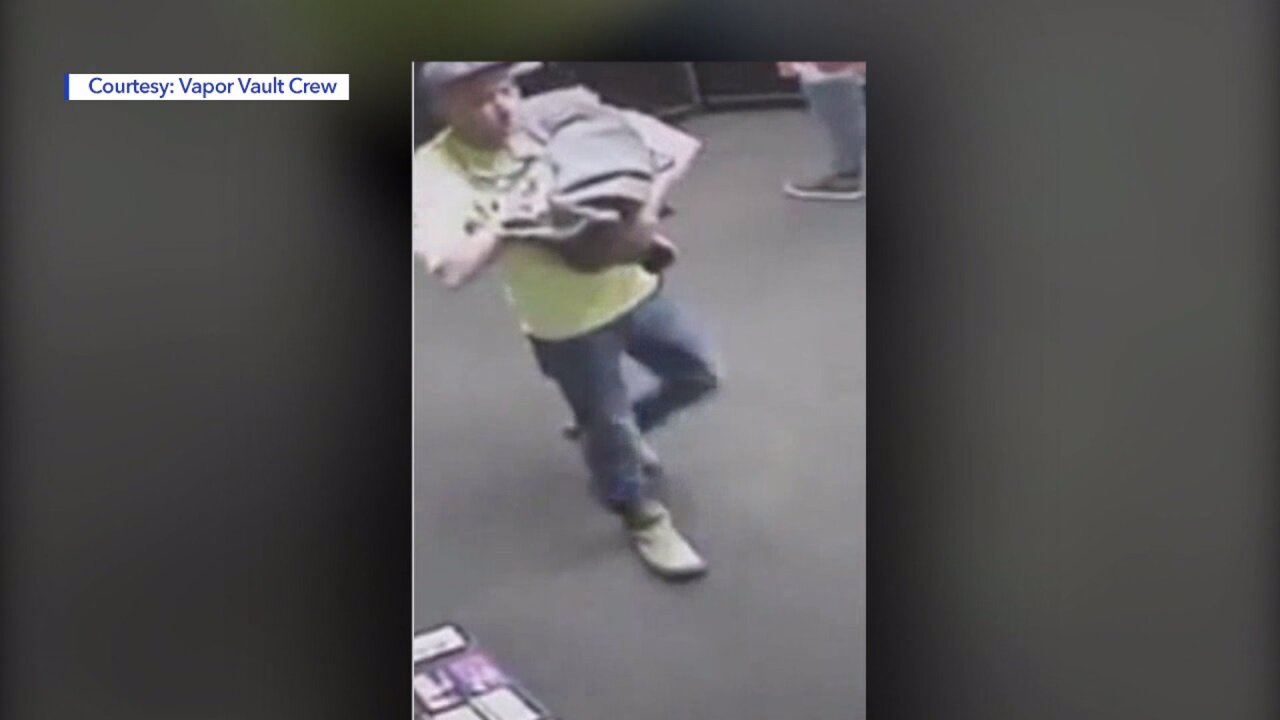 OGDEN, Utah — A man appeared to steal a donation jar meant for women and children Friday — and he was caught on camera.

In surveillance video captured by several cameras at Vapor Vault near the Newgate Mall in Ogden, a man reached behind the counter for a vaporizer.

But apparently, that wasn’t enough.

The man in a bright shirt, hat, jeans and boots came back for the donation jar half an hour later.

Another camera angle shows him using a jacket slung over his shoulder to hide the jar and walk out the door while a man with him blocks an employee’s view.

Vapor Vault owner Warren Braegger estimates $150 in donations were stolen. It was money he planned to give to the YCC Family Crisis Center.

"Of course it is discouraging,” YCC Family Crisis Center Executive Director Margaret Rose said. "Obviously that person seemed like he must need the money."

The YCC serves thousands of women and children in northern Utah escaping domestic violence or recovering from sexual assault. Rose said the nonprofit relies on donations to help people who arrive with next to nothing.

“I just saw a woman come in this morning, and she had a little grocery bag of her child’s clothes," Rose said. "She was pushing the little baby, and that’s all she arrived here with."

Braegger said the Vapor Vault planned to match the donations in the jar dollar-for-dollar, totaling about $300. Rose said it could have bought diapers for young mothers in crisis.

"To have that violated,” Rose said, "that's disheartening."

In the last three years, Braegger said the store has matched $7,000 in donations for local non-profits.

Braegger said they have an idea who the man is in the video. After hearing about the theft, an anonymous donor gave $55 to the YCC.

Donations to the YCC can be made through their website, ycchope.org.