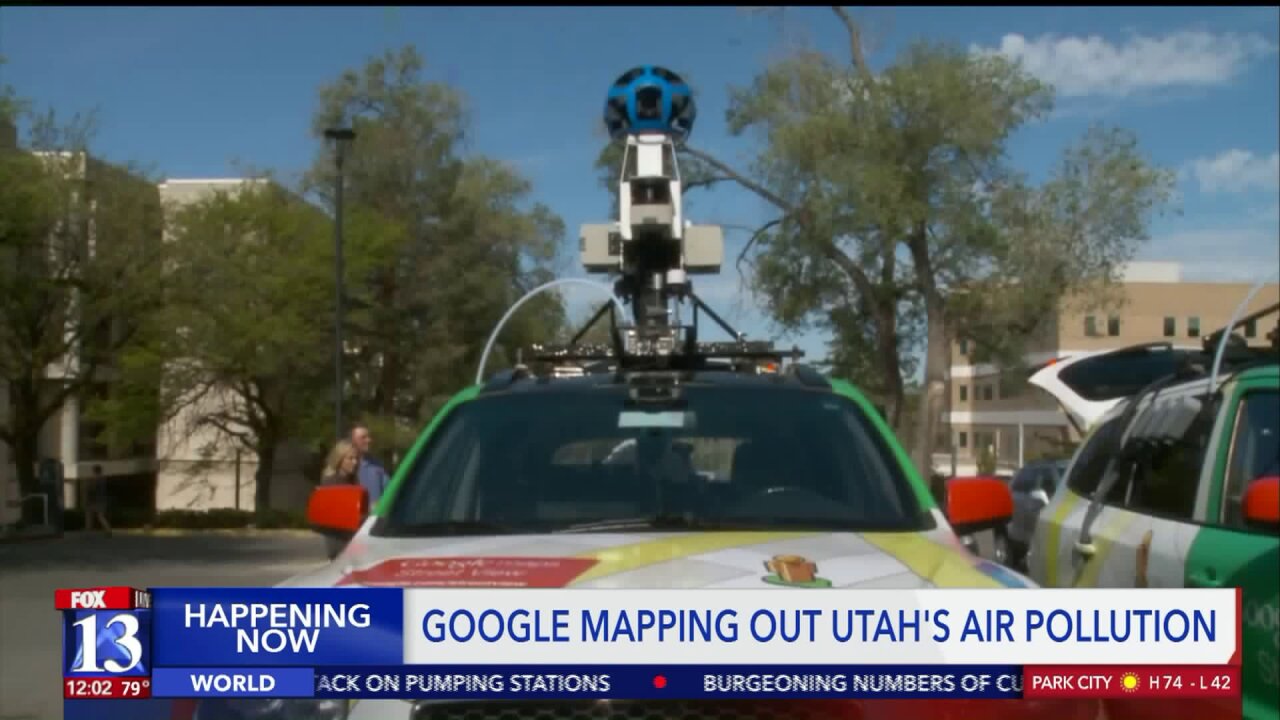 SALT LAKE COUNTY, Utah -- Before you can effectively come up with ways to try and tackle our air pollution issues, it helps to have solid data regarding where it is.

And that’s where Google comes in.

This is the brainchild of the University of Utah’s Atmospheric Science Department and Google.

The company now essentially picks up the tab for what would be a very expensive endeavor.

These two vehicles will be out eight hours a day, five days a week for the next eight months to gather mapping and air pollution data throughout the Salt Lake Valley.

"I think what we will try to understand with these measurements is how air pollution differs in different parts of the city—at almost neighborhood scales," he said.

Lin said the data will help inform public policy when it comes to air quality.

"Our role as scientists and researchers is to deliver the information to the public and stakeholders and policymakers," he said. "We're not in the business of trying to prescribe policy."

This is also quite unique, with Salt Lake City being one of only a handful of cities in the world now equipped with this street-by-street pollution data  gathering technology.

The others are Oakland, Houston and London.

This will be going on for basically the rest of this year. After that, the scientist will gather the info and pass it on to local leaders and hopefully give them the ability to take the steps needed to improve the air we all breathe.