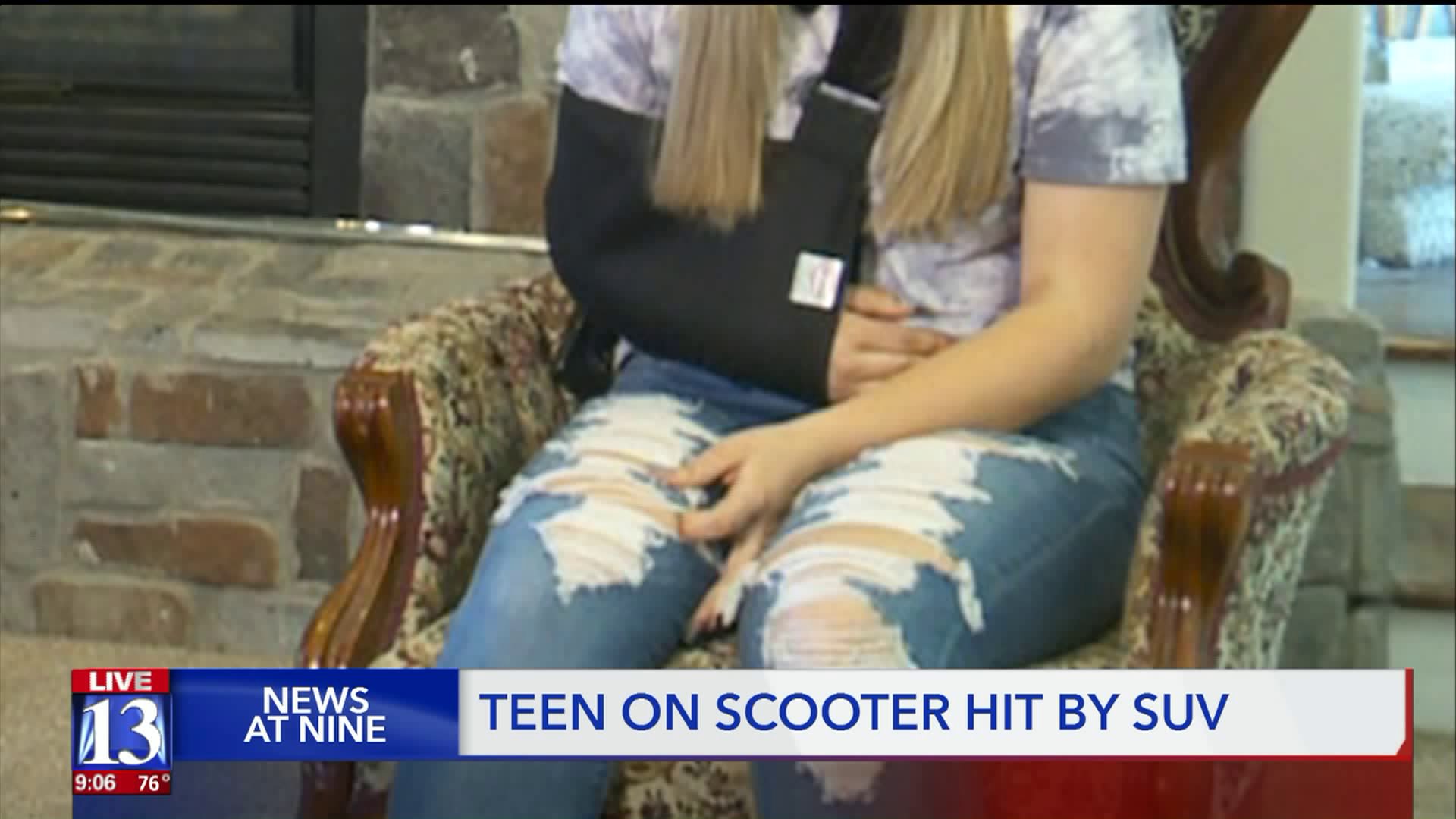 The driver of the SUV fled. The teen`s father says, "Now I`m mad." 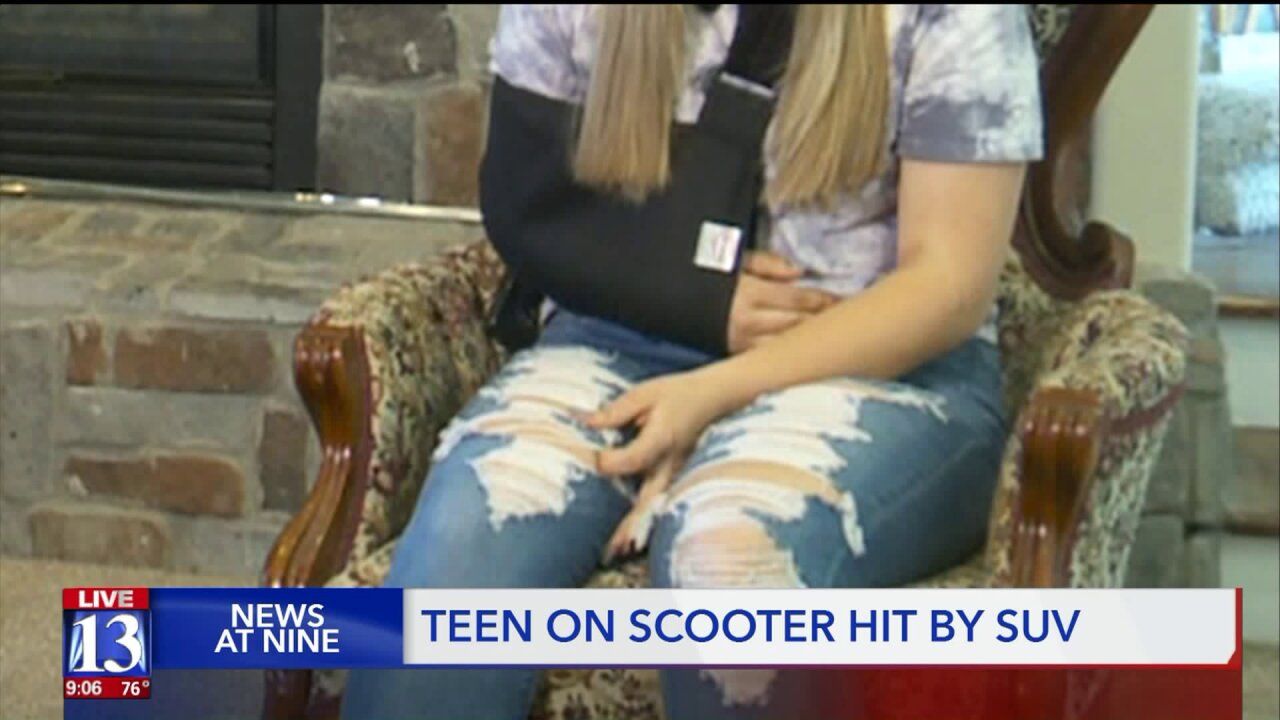 OGDEN, Utah -- A 16-year-old girl from West Haven is recovering after being hit by a car while riding a Lime scooter.

“I have a cut up knee, I have some rashes, I like hurt this calf muscle and I have bruises,” said Abby Wagstaff.

Abby was going north on Wall Avenue. She said she was in the crosswalk at 31st Street and traffic was stopped Saturday night.

She said a silver SUV started to drive, hitting her in the crosswalk. Police were not able to confirm to Fox 13 News who had the right of way.

“I felt my like my legs get like get knocked out, so I fell straight down to the side,” Abby said.

She admits there is fault to go around.

“I admit, like: I wasn’t paying a lot of attention,” she said.

Her father, Bryan, said they learned after the fact the scooters are meant for adults.

“We did’t know that there was an 18 year age limit on the scooters until after this accident happened,” he said.

But while they are willing to share the blame, they cannot forgive the driver for leaving after the accident.

“You know it went from being an accident to they made a conscious decision to leave the accident: Now I’m mad,” Wagstaff said.

Abby described the car as a gray or silver SUV with a blonde woman in her 40s driving. If you have any information to help police or were a witness to the crash, please call Ogden Police.