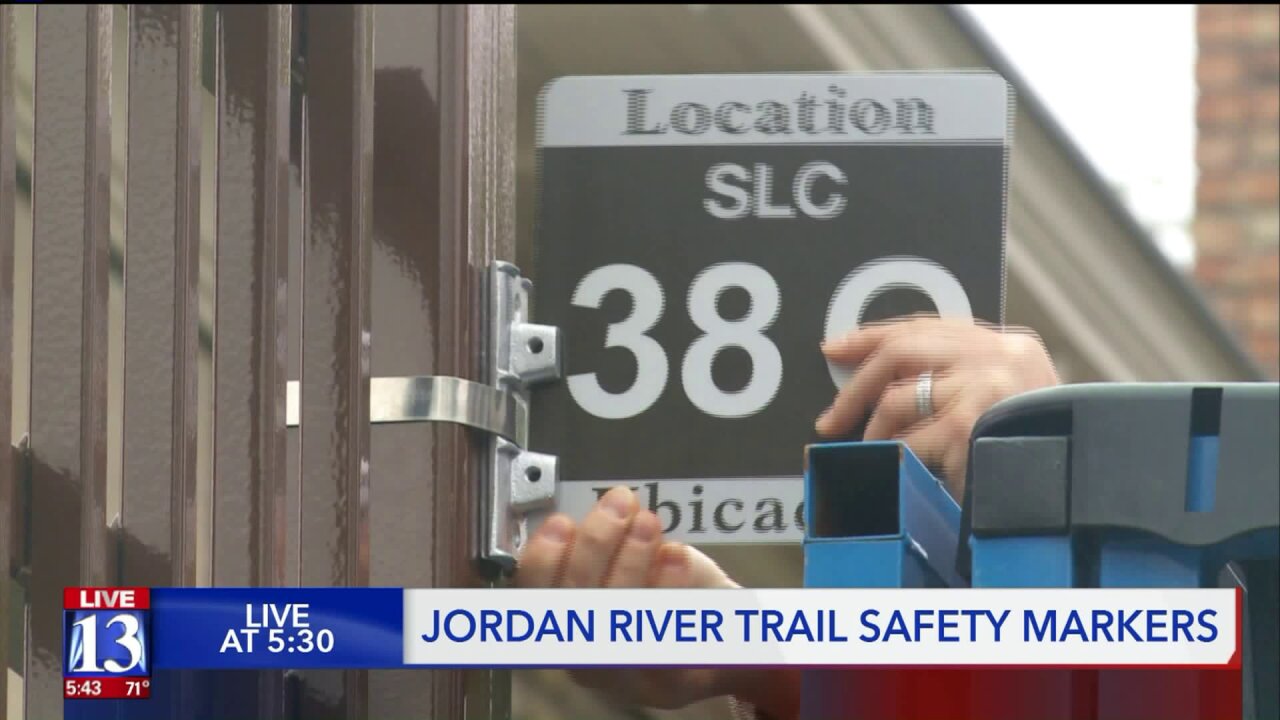 "Throughout the years we have had small brush fires along the trail, we've had people who've fallen off their bicycle, people who've had heart attacks. people who need police assistance and as call takers, we have a hard time identifying where they are on the trail," said Salt Lake City 911 director Lisa Burnette.

The markers will be placed about every 250 feet and run nine miles from the Davis County line south to 2100 South.

"People can identify where they are on the trail if they need assistance," said Salt Lake City Mayor Jackie Biskupski. "They can call 911."

The markers will be tied to the city's 911 dispatch system to help emergency responders locate someone if they're in trouble.

Until now, it's been tricky for police and paramedics to find some people because they're left to describe a tree or a bridge nearby. That costs precious time.

"These signs are going to be key to the public in notifying 911 should there be a public safety emergency," Burnette said.

Additionally, the abandoned Fisher mansion will become a nature center for people to rent boats and get information about parks.

"It’s not the only improvement being planned for the park," Burnette said. "The mayor's budget includes spending a million dollars to restore the carriage house behind the abandoned Fisher mansion."

Members of the Fisher family said it's a great idea.

"I think this will be a wonderful cultural hub," said Tom Fisher Reimondy. "A place to stop along the Jordan River trail and hang out for a minute."

The Mayor said she'd like to restore the mansion itself, but that requires more time and money.

"We have beautiful park space here," she said.

The remaining posts will be placed along the trail within the next month.