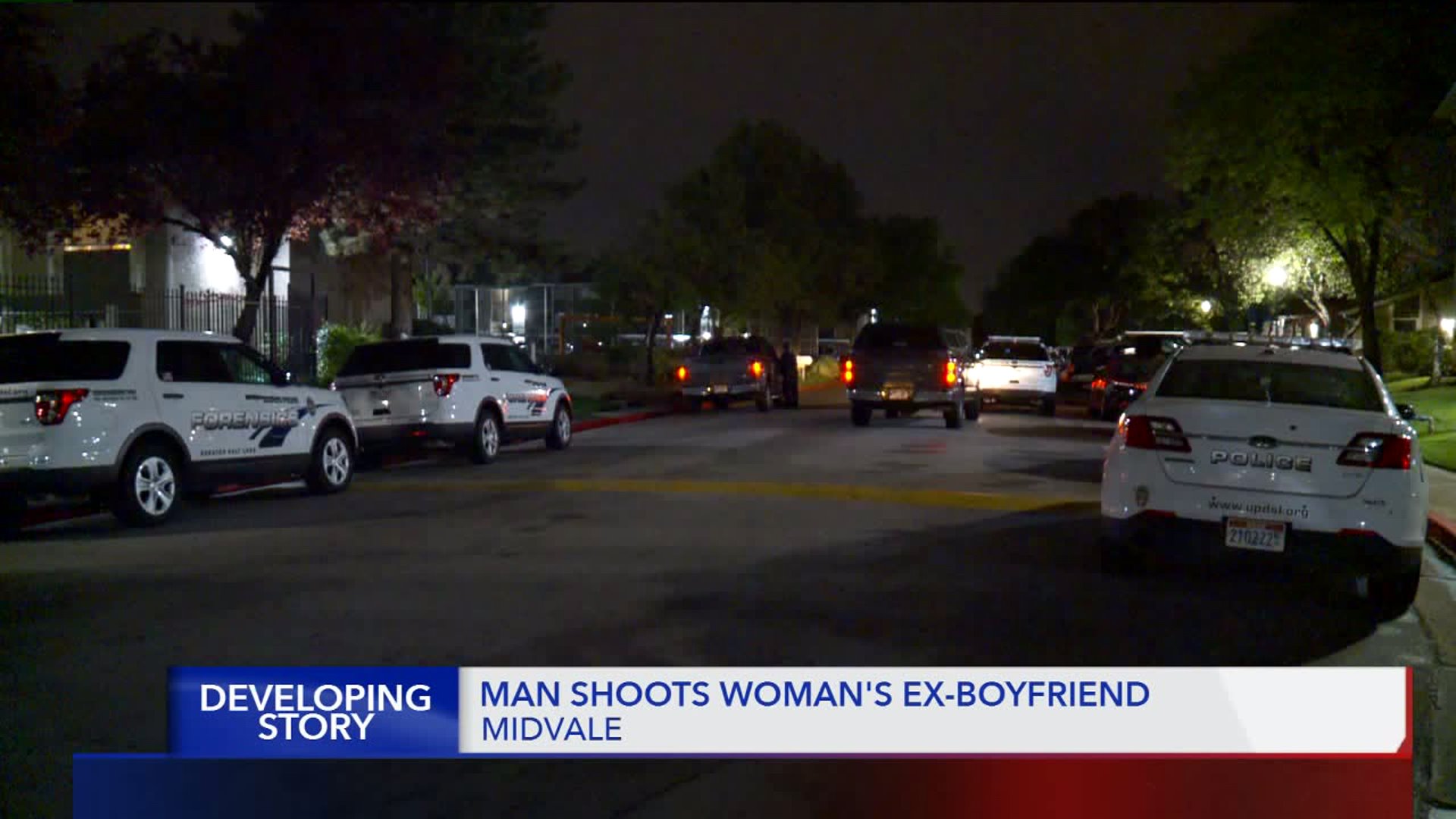 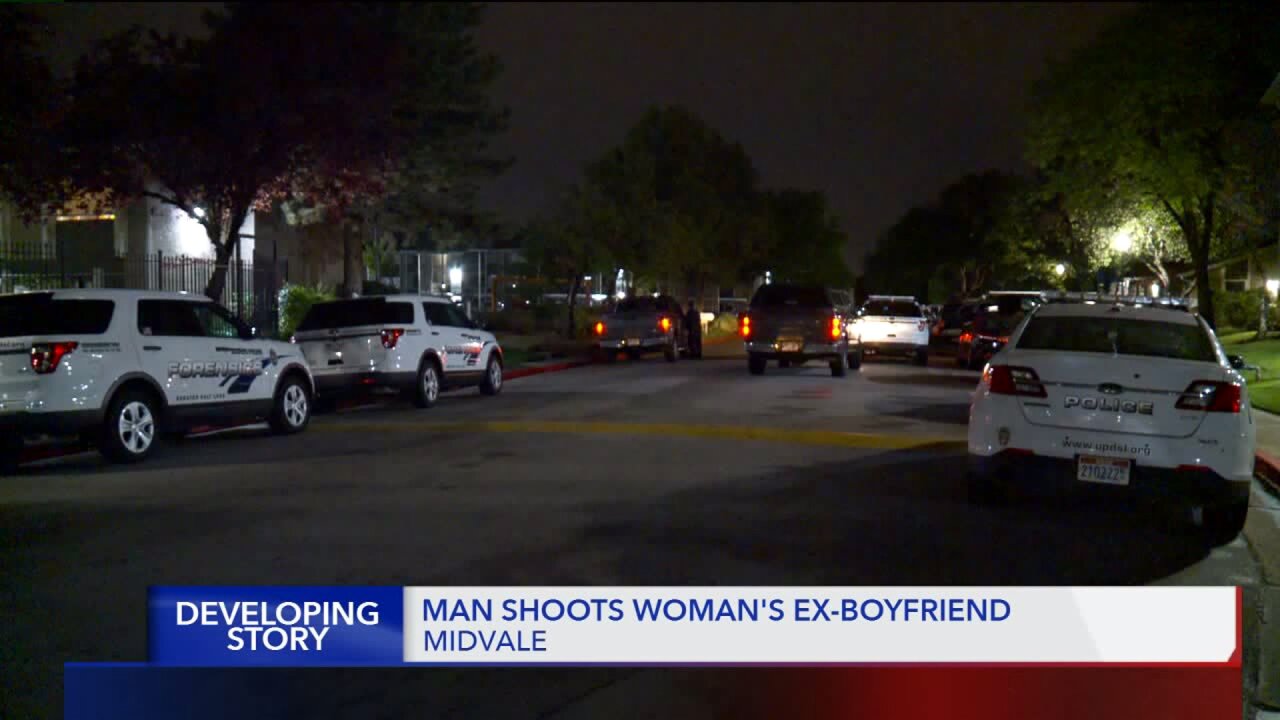 MIDVALE, Utah - A man was taken to the hospital Saturday morning after police said he barged into his ex-girlfriend's apartment and was shot.

Police said a woman, along with a man, was in the apartment when her ex-boyfriend began banging on the door outside.

When the woman opened the door her ex-boyfriend barged his way into the apartment, according to police.

Police said a struggle between the man in the apartment and the ex-boyfriend ensued.

During the struggle, the man reportedly shot the ex-boyfriend twice in the leg.

The ex-boyfriend was taken to Intermountain Medical Center where he is said to be in critical condition.

Unified Police are conducting an investigation into the incident, and said charges will later be determined by investigators and the District Attorney's office.