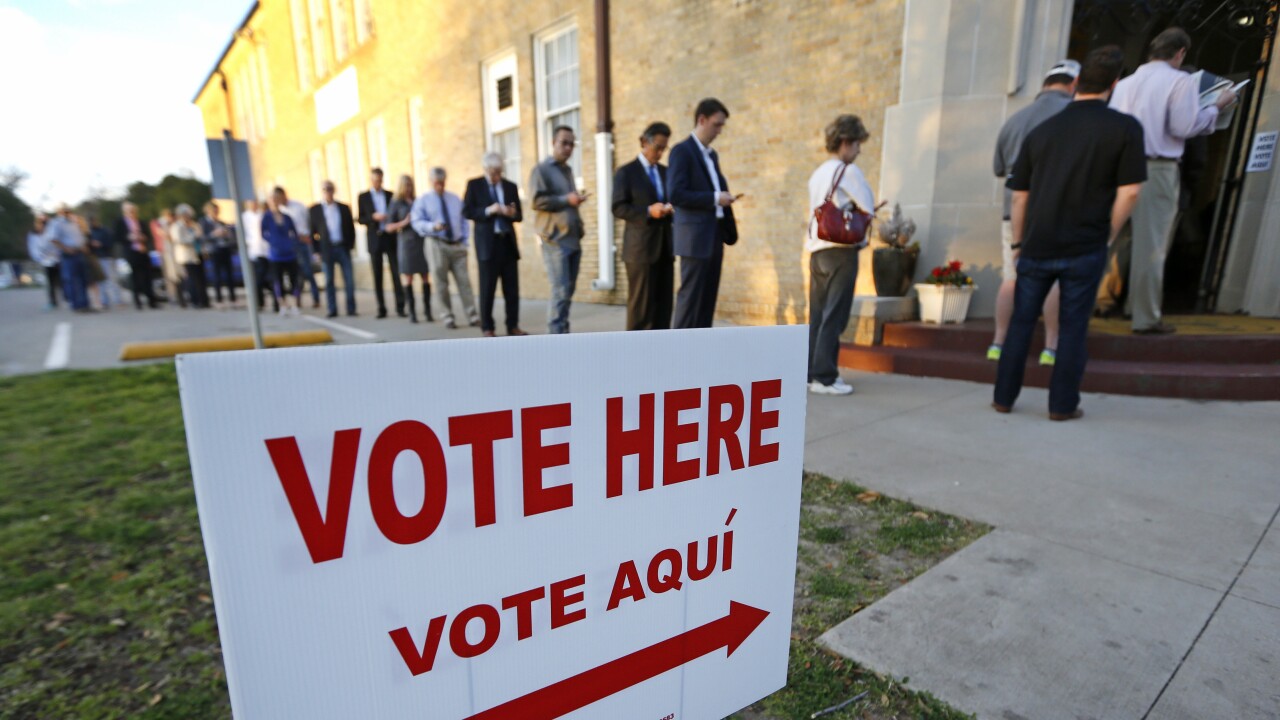 FORT WORTH, TX – MARCH 1: Voters line up to cast their ballots on Super Tuesday March 1, 2016 in Fort Worth, Texas. 13 states and American Samoa are holding presidential primary elections, with over 1400 delegates at stake. (Photo by Ron Jenkins/Getty Images)

Nevada will send legislation to the governor’s desk that would give the state’s Electoral College votes to the winner of the popular vote — and could become the 15th state to do so.

The Nevada Senate passed AB 186 by 12-8 on Tuesday, which would include the state in the National Popular Vote Interstate Compact and allocate its electors to the national popular-vote winner — as opposed to the winner of the popular vote in the state — in the next presidential election.

The measure, which passed the state Assembly in April, will now go to Democratic Nevada Gov. Steve Sisolak. CNN has reached out to Sisolak’s office for comment.

The Electoral College effectively results in voters casting ballots not for their desired presidential candidates, but for 538 electors who in turn select candidates. The mechanism clinched President Donald Trump the 2016 presidential victory despite Democratic nominee Hillary Clinton winning a popular-vote majority by nearly 3 million votes.

Presidential candidate Elizabeth Warren has pushed the issue into the 2020 spotlight, saying during a CNN town hall in March that she supported doing away with the Electoral College.

“My view is that every vote matters, and the way we can make that happen is that we can have national voting, and that means get rid of the Electoral College — and every vote counts,” the Massachusetts Democrat said. Other Democratic candidates, including Sen. Kamala Harris of California and former Rep. Beto O’Rourke of Texas, have since taken the same position.