Teens commit to safe driving during ‘100 deadliest days’ in Utah 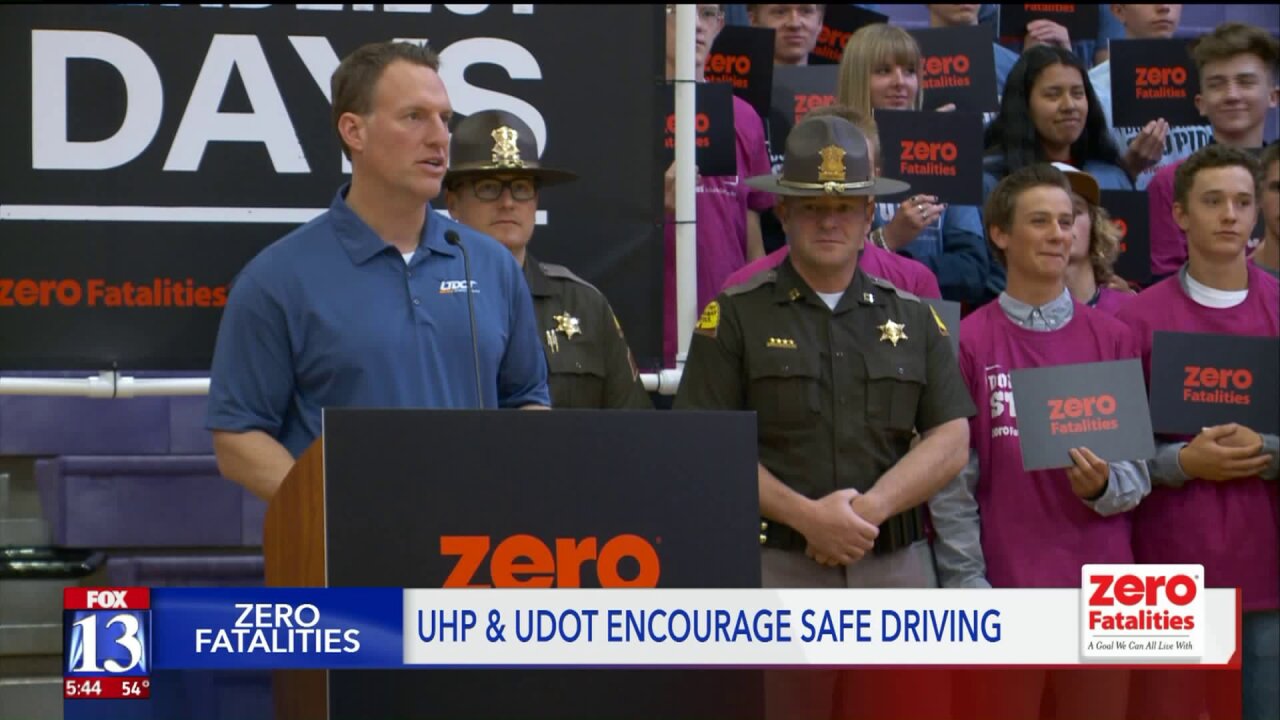 RIVERTON, Utah — Memorial Day weekend is the start of the 100 deadliest days on Utah roads but the Utah Department of Transportation would like that to change to the 100 safest days on the road.

During this time of year, UDOT, along with law enforcement, start to see an increase of fatal accidents.

Wednesday at Riverton High School, UDOT gathered with 100 students to send the message that summertime doesn’t have to be the deadliest time on Utah roads.

UDOT spokesman John Gleason said the summer should be the safest time to drive because of the good weather conditions.

“ Many of us are more distracted, we’re lulled into a false sense of security we’re not paying as close of attention as we are in the winter months,” Gleason said.

From Memorial Day to Labor Day, police see the number of fatal accidents almost double, compared to the rest of the year, usually about one a day.

“ Last year we had 103 we need to get that number down to zero,” said Gleason.

Students at Riverton High School are hoping they can help get that number to zero by spreading the word about safe driving.

“These are young people that are just starting out on their path to become good drivers as well if we can create those good driving habits from the get-go we’re going to increase safety on our roads,” said Gleason.

According to Utah Highway Patrol, the main causes for fatalities include aggressive driving and not wearing a seatbelt.

“It’s a simple commitment to make, let off your right foot a little bit and slow down, drive at or below the posted speed limit don’t let people and their behavior make you feel like you now have to be more aggressive or reckless because that’s typically how it starts,” Street said.

It’s also a good reminder to put your phone down and pay attention to your surroundings.