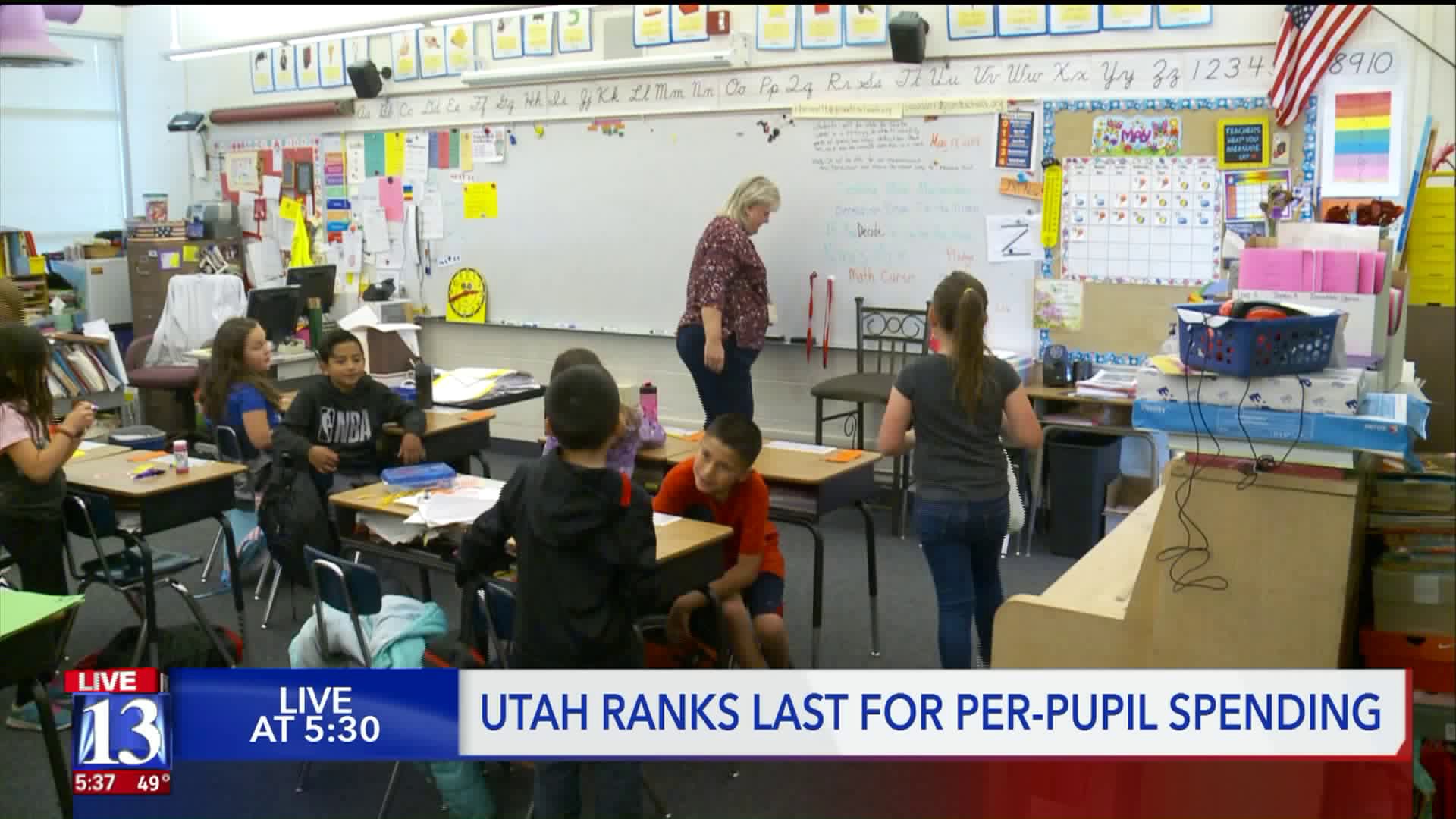 Utah is in last place again when it comes to money spent per student. This is according to 2017 data released by the U.S. Census Bureau this week. 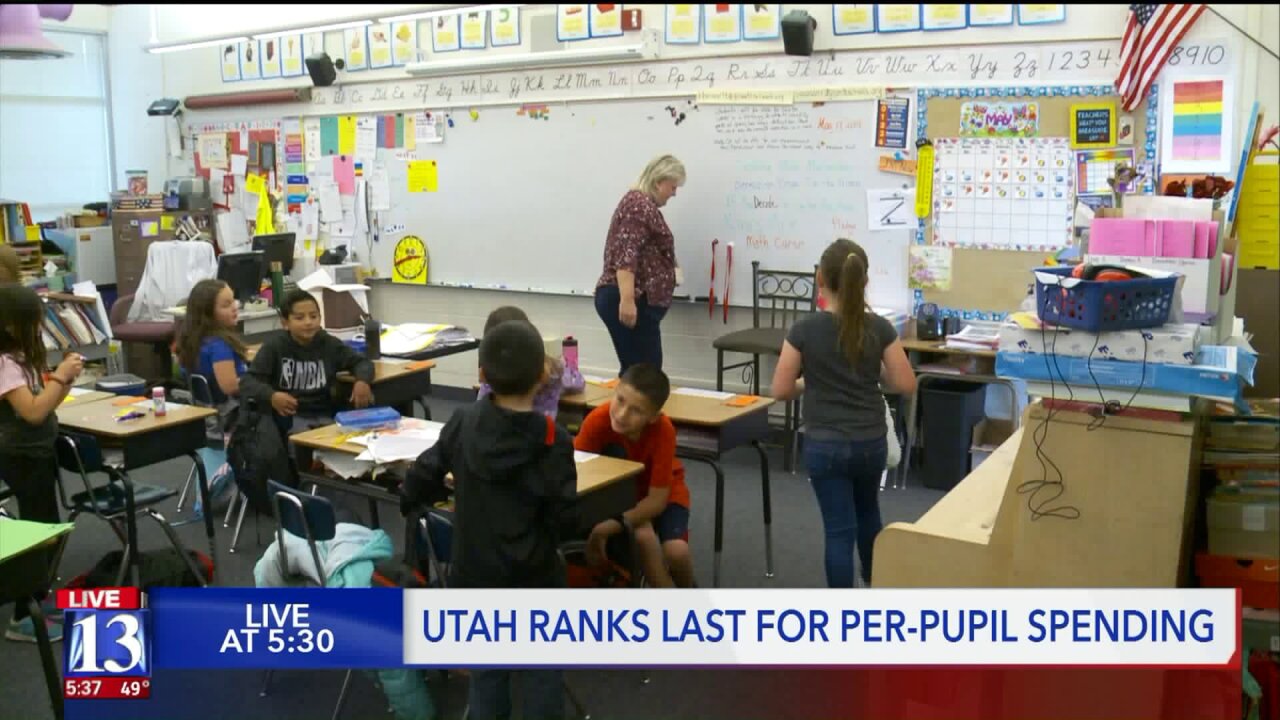 SALT LAKE CITY — Utah is in last place again when it comes to money spent per student. This is according to 2017 data released by the U.S. Census Bureau this week.

Michael Mcdonough, the president of the Granite Education Association, said during his twenty years teaching, Utah has always been last in the nation when it comes to spending per student.

“Disappointing, but not surprising,” Mcdonough said.

“It can be overwhelming when you say when can Utah get to the national average? The gap is huge,” Mcdonough said.

The national average is $12,201 per student, leaving a gap of more than $5,000. Just to catch up to Idaho, which is second-to-last on the list, Utah would need to spend roughly $200 million more, which ends up being an extra $307-per-student.

According to our partners at the Salt Lake Tribune, Utah is also in last place in several other education funding rankings.

Compare that to New York, which spends the most on students in the country at more than $23,000 per student but has a graduation rate of 82%.

“The biggest reason that people cite for the spending being so low is that there are a lot of kids in Utah. There are more kids here per capita than most other states,” Tanner said.

For educators like Mcdonough, the recent talk of tax reform is somewhat concerning. He’s fearful that money may be taken out of the education fund.

Despite that, he believes the Utahns invested in education will demand change.

“So, I guess I'm hopeful that something will happen,” Mcdonough said.

Utah Gov. Gary Herbert declared education his number one priority and recommended increasing spending per student by a large amount in his budget this year. However, his proposal was cut down by legislators, who decided to increase funding by about 4%.

To read more on this issue, check out Courtney Tanner's article in the Salt Lake Tribune.