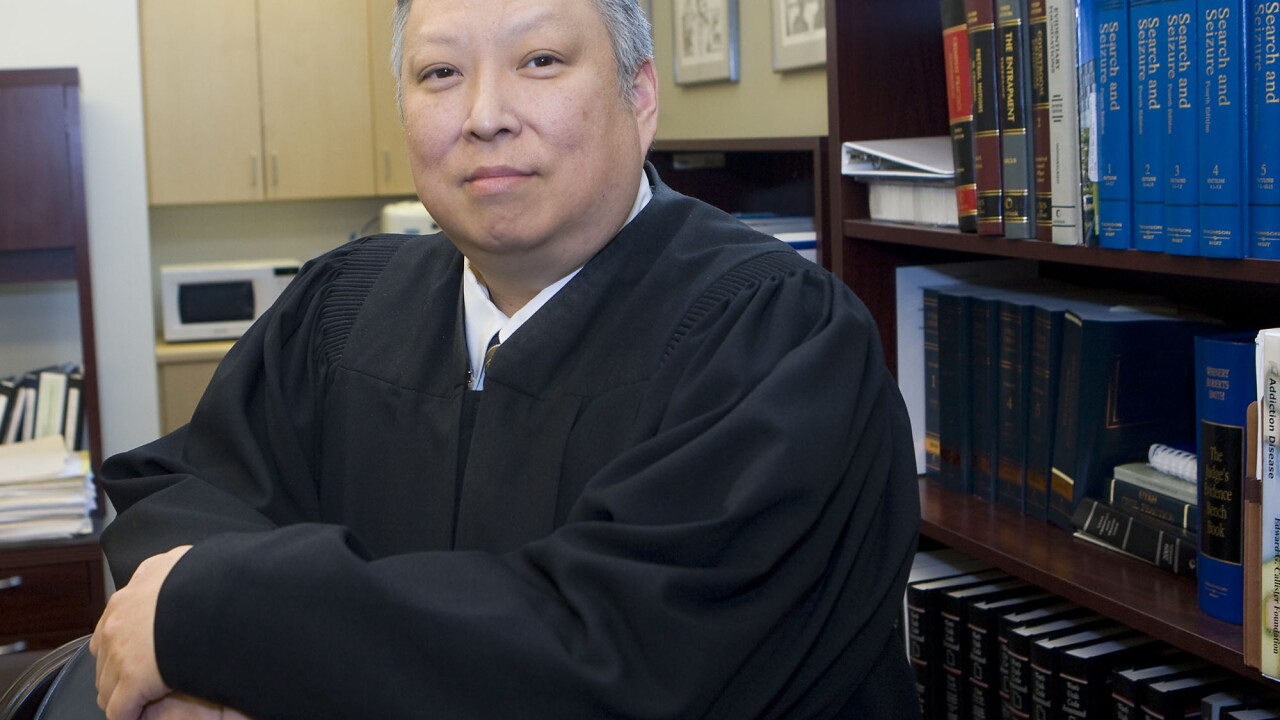 SALT LAKE CITY — The Utah Supreme Court has upheld discipline against a Taylorsville judge who made anti-Trump comments.

In a ruling handed down on Friday, the state’s top court said six months without pay was an appropriate penalty for Taylorsville Justice Court Judge Michael Kwan.

Judge Kwan faced an investigation for comments he made in 2017 that the Court said appeared to demean a defendant and President Trump.

“And I did not call, but I plan on when I get my taxes to just pay off all my court fines, because I cannot end up in jail again for not complying,” the defendant said.

“You do realize that we have a new president, and you think we are getting any money back?” Judge Kwan replied, according to the transcript.

“I pray and I cross my finger.”

“Ok. Prayer might be the answer. ‘Cause, he just signed an order to start building the wall and he has no money to do that, and so if you think you are going to get taxes back this year, uh-yeah, maybe, maybe not. But don’t worry[,] there is a tax cut for the wealthy so if you make over $500,000 you’re getting a tax cut. You’re right[] there[,] right? Pretty close? All[]right, so do you have a plan? Other than just get the tax cut and pay it off?” the judge replied.

The judge previously faced discipline for yelling at a court clerk and, the Utah Supreme Court said, posted repeatedly on social media about Trump during the 2016 election cycle.

“With respect to Donald Trump, Judge Kwan’s postings were laden with blunt, and sometimes indelicate, criticism,” the Court wrote.

Judge Kwan has resisted disciplinary efforts, insisting they are protected by the First Amendment and his comments leading up to the presidential election are largely “social commentary or humor.”

“He asserted that while some of those statements could be ‘construed’ as applying to then-presidential candidate Donald Trump, none were ‘expressly’ critical of him. On that basis, Judge Kwan argued that sanctioning him for those statements would violate his First Amendment rights,” the Court wrote.

“Judge Kwan characterized his post-election statements as ‘more direct, critical, and strident’ with respect to Donald Trump, but contended those comments did not address a candidate for office and were ‘synonymous with [Judge Kwan’s] views on issues such as
racism, civil rights, the plight of refugees, and constitutional limits
on the executive branch.’ Thus, he claimed, his post-election statements were also ‘protected under the First Amendment.'”

The Judicial Conduct Commission gave him a six month suspension without pay, which Judge Kwan appealed to the Utah Supreme Court.

Judge Kwan’s attorney, Greg Skordas, said they were disappointed in the decision but not surprised.

“We never argued that the Judge should not be sanctioned but we felt and argued that a 6 month suspension was too severe. The Supreme Court obviously felt otherwise. We will honor that decision and abide by it,” he said.