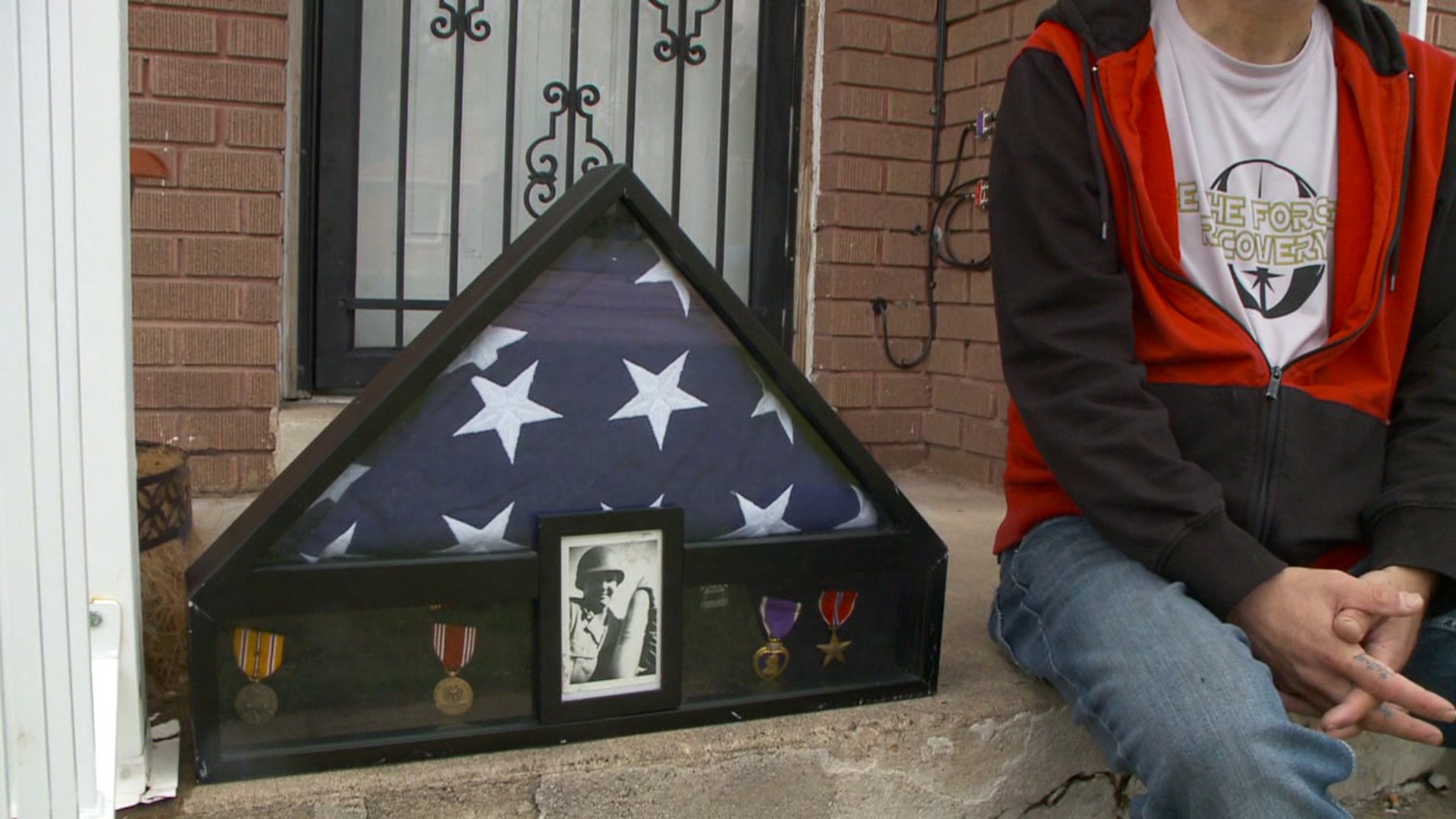 Jim Thorpe`s friend found WWII regalia belonging to Thomas D. Walker in the back of a closet in Ogden. Now, Thorpe is trying to track down Walker`s family. 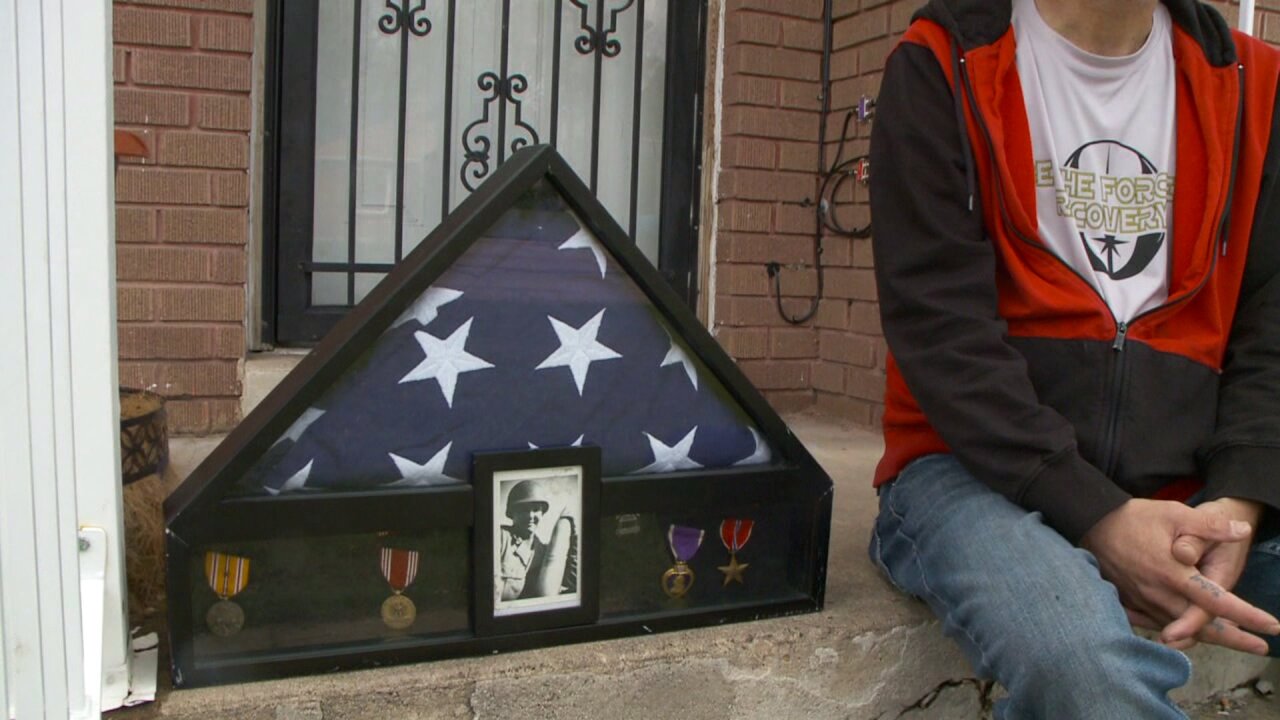 ROY, Utah — A Roy man searches for the family of a World War II  hero.

Jim Thorpe has held onto a casket flag and war medals for nearly a year. He’s hoping now he can finally get them back to Thomas D. Walker’s family.

Walker was World War II hero, a brave soldier in the Pacific Theater in the 1940s. He was honored for his conduct in the military and heroism in battle.

"He was obviously someone special that did something to earn those medals,” Thorpe said sitting on his porch on Memorial Day.

A Purple Heart and Bronze Star engraved with his name are among the five medals in a shadow box. Above them, a folded flag that once draped over a casket. In front, a black and white picture of a helmeted young man holding a mortar.

"I feel it belongs with the family,” Thorpe said.

Thorpe never knew Thomas D. Walker. He doesn’t know where he lived or even which branch of the military he served. But in his possession, symbols of Walker’s courage and character.

"I can’t imagine this isn’t missed,” Thorpe said. “Somebody knows this is missing."

It was found dirty and forgotten, in the back of the closet of a 31st Street Ogden apartment. Thorpe’s friend discovered it and gave it to him last summer.

The grandson of two WWII veterans contacted the US military and searched online for the soldier’s family.

“Honestly, I figured somebody would claim it right away. I didn’t think that I’d be holding onto it for so long,” Thorpe said.

In the middle of cancer treatment himself, Thorpe discovered two possible connections: one in Oregon and another in Illinois.  While nothing concrete yet, Thorpe’s not giving up.

"I’d like to learn more about him. He’s been with me for a minute but I would like to get him back to his family. That’s the ultimate goal.”

If you have information on Thomas D. Walker, Thorne can be contacted through britneythorpe34@gmail.com