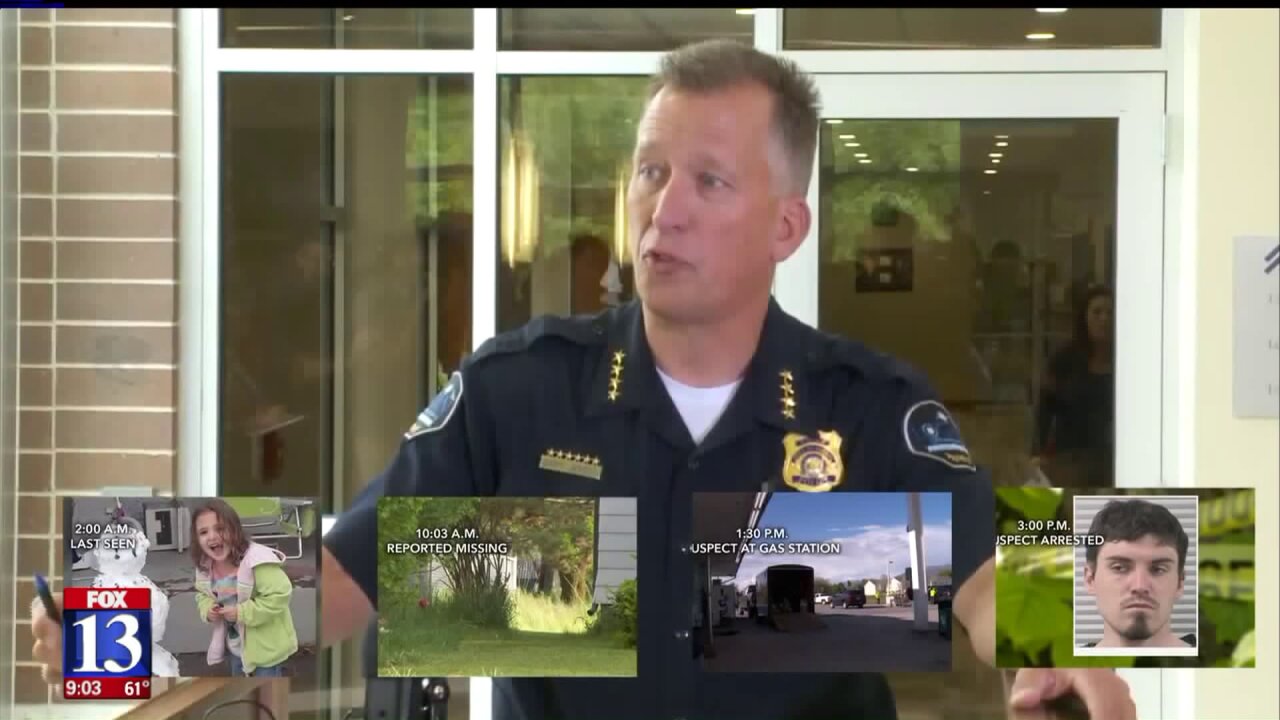 LOGAN, Utah — Alex Whipple was arraigned on a series of charges Tuesday afternoon, from probation violations to resisting arrest. He appeared by video.

None of his current charges are related to the disappearance of his 5-year-old niece, Elizabeth "Lizzy" Shelley.

Despite efforts by his attorney, the judge did not grant him bail, but he has a bail hearing Monday.

Meanwhile, the search for Lizzy continued Tuesday with crews scouring through overgrown lots and empty fields.

Understanding the timeline is critical for investigators hoping to find 5-year-old Lizzy Shelley.

Each day, a new piece seems to be sliding into place.

Saturday at 2 a.m., she was last seen asleep in her bed.

She was reported missing at about 10 a.m.

Police begin the search for Lizzy, scouring the area around her house near 100 South and 400 West.

At about 3 p.m., a Cache County Sheriff's Deputy found Whipple in a remote area near Hyrum.

Whipple was captured on surveillance at a gas station in Hyrum buying cigarettes and beer at about 1:30 p.m.

In footage released Tuesday, Whipple was seen on surveillance footage at about 6:45 a.m. near 700 West and 100 South.

Lizzy was not with him, and witnesses say he appeared to be wet from the waist down.

"From the evidence we have, we believe Lizzy is hurt," Jensen said, "but we don't know what condition she's in right now."

The timeline may be shrinking, but the search is expanding. And little Lizzy Shelley is still missing.

The Cache County Children's Justice Center states a donation account has been opened for the family at Zions Bank in the name "Elizabeth Shelley Donation". There is also a GoFundMe page.