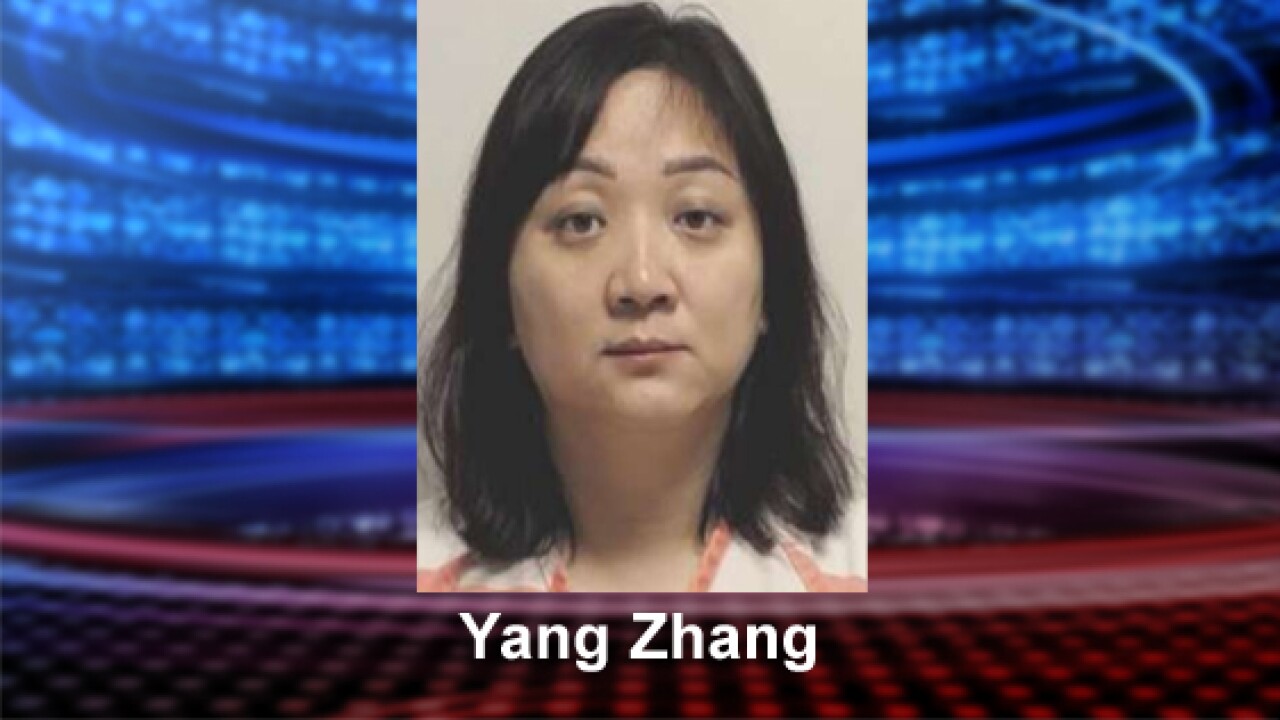 PROVO, Utah — A Draper woman faces a felony charge of attempted murder after an alleged confrontation with a former lover in Utah County.

Yang Zhang, 37, is accused of entering the man’s house unlawfully around 3 a.m. Friday, woke him up and confronted him about a new female friend he had, according to a statement of probable cause.

“They began to talk and then she pulled out a kitchen knife and stated she wanted to die with him. She touched the knife to his chest and then stabbed him, creating a small puncture wound,” the statement said.

The man then wrestled the knife from Zhang and threw it behind a chair, the statement said, and Zhang then produced a gun.

“She pointed it at him, asking if a bullet can penetrate two people,” according to the statement.

An affidavit of probable cause indicates there was a separate altercation in which the firearm discharged into the floor of the residence.

Police located Zhang later that day, and Zhang described entering the home through an unlocked door in the basement and going to the kitchen to get a knife “because [she] was so hurt,” the statement said.

Zhang is being held without bail, and the attempted murder charge she faces has been enhanced as a domestic violence crime because of her previous relationship with the alleged victim.