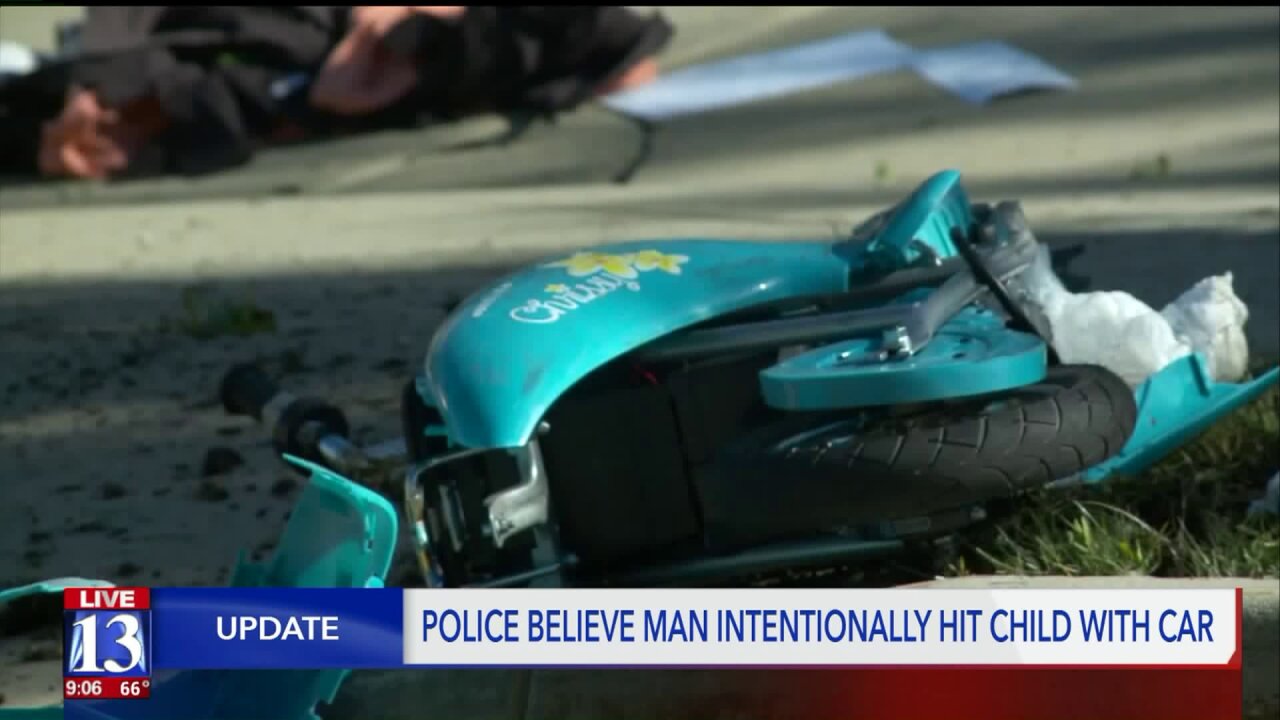 DRAPER, Utah — An 11-year-old girl is recovering with serious injuries after she was hit by a car while pushing a scooter up a road.

“I got my cameras, not for this reason,” said Clark Santos.  “I woke up because my phone was alerting me, some motion in my driveway.”

When he stepped outside, he saw the aftermath of the crash.

“It was pretty bad.  It was pretty horrific,” Santos described.  “I see the girl laying down freaking out and all this mess.”

He went back inside to review the video. What he saw was hard to watch.

Santos provided the footage to investigators.  It was a major clue that led them to conclude the girl was hit intentionally.

“This is not someone I would describe veered into the gal or drifted into the gal,” said Draper Police Chief John Eining.  “My description would be this is someone who turned into the gal.”

Police arrested 19-year-old Steven Ray Becky on charges of attempted homicide and DUI with serious bodily injury.  He’s being held at the Utah County Jail because the incident happened just across the line that divides Salt Lake and Utah counties.

Investigators believe Becky has a connection to the victim.

“Mr. Becky is staying in the area with an aunt and uncle.  The aunt and uncle have a daughter that is the same age as our victim and they are friends,” Eining said.

While the video is helping investigators piece together what happened, it doesn’t answer every question as police work to get justice for the young victim.

“If this is indeed, what we think it is, why?  What would be the motive?  Why would somebody want to do that,” Eining said.

Police believe a helmet prevented the girl from suffering more serious injuries.  She is expected to recover.