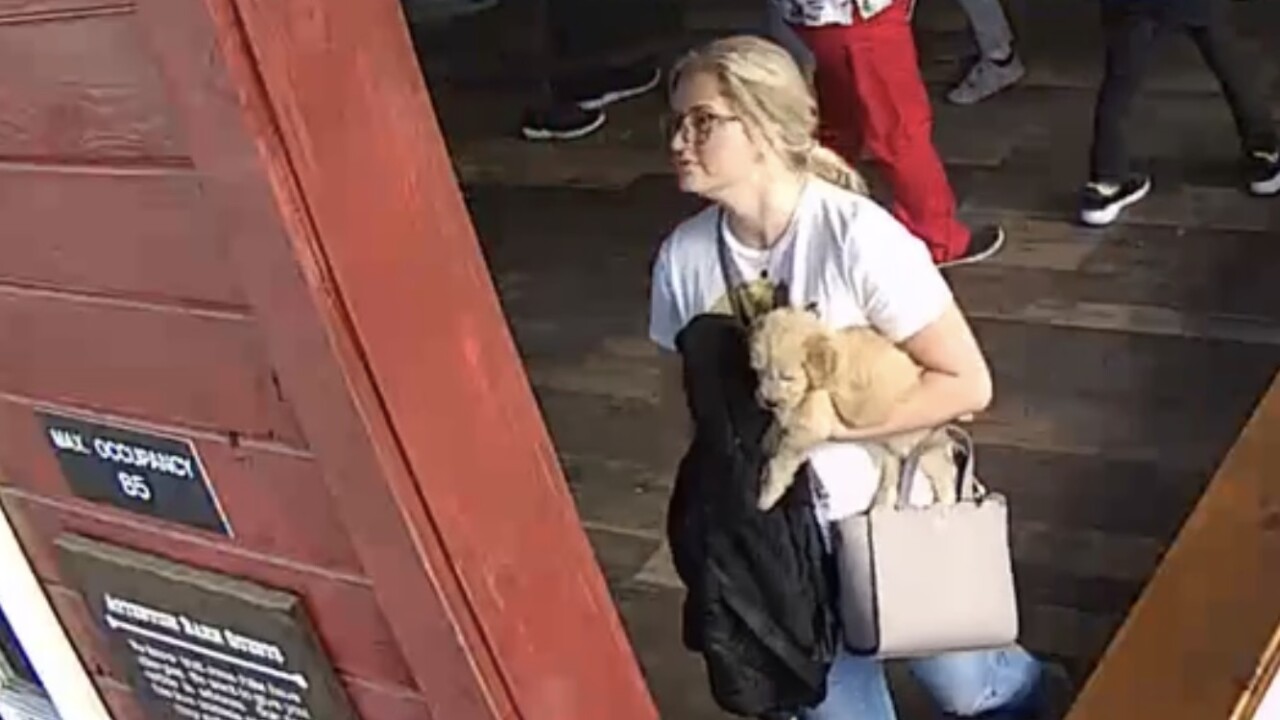 VINEYARD, Utah — A puppy has been returned to its owner and a Provo woman now faces a theft charge after an incident at a Vineyard business last month.

According to the Utah County Sheriff’s Office, the puppy—a goldendoodle—was taken from Puppy Barn, a business specializing in the sale of puppies born locally.

A security camera image of the suspect, whom the Sheriff’s Office has identified as 22-year-old Savannah Morgan Griffin—shows her carrying the puppy under her left arm.

According to the Sheriff’s Office, the puppy is valued at $1,200.

“On May 8, 2019, a local attorney called the Detective investigating the theft.  He said the puppy had been brought to him by someone who knew the suspect.  The puppy was returned to the owner,” a statement from the Sheriff’s Office said.

On May 30, a detective interviewed Griffin at her attorney’s office, where she admitted to stealing the puppy to replace a family pet that had died, the statement said.

Griffin faces one class A misdemeanor count of theft. Her case will be referred to the Utah County Attorney’s Office.