SAN JOSE – Apple released a sneak peek of the new features being made available in their newest software update, iOS 13.

Changes include Dark Mode, new ways to edit and browse photos and videos, Private Sign In with Apple, and an Apple Maps makeover.

Dark Mode: A New Look for the iPhone

The iPhone is getting a new look in the form of ‘Dark Mode’. It features a new dark color scheme that works across all the apps.

Apple says the idea is to tone down the light given off from your phone, especially in low-light settings, like when you’re scrolling through apps in bed late at night or early in the morning. Dark Mode can also be turned on automatically at sunset, sunrise, or any other times you select. 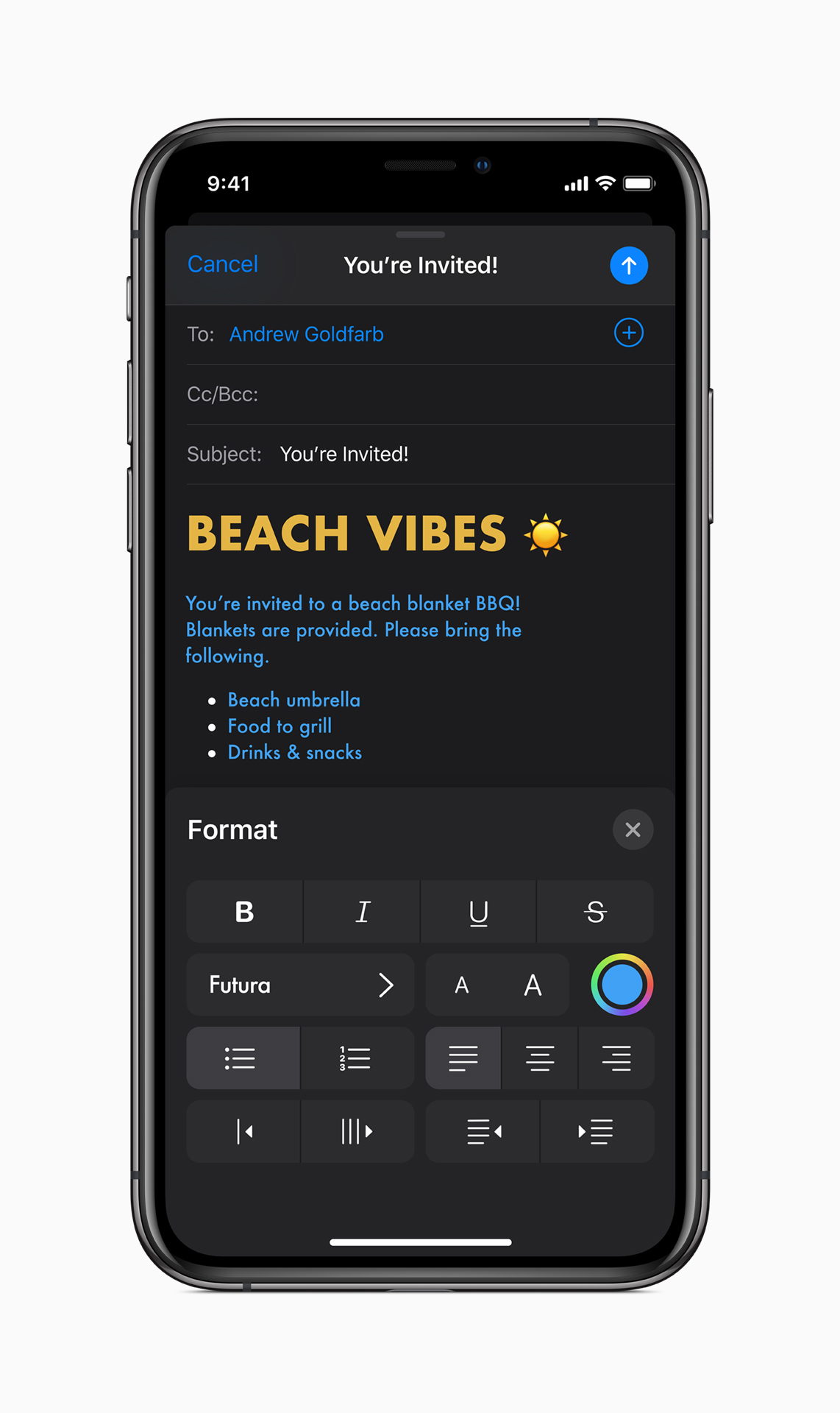 Apple is introducing a new way to quickly sign into apps and websites. Instead of using social accounts like

Facebook or Google, you will be able to use your Apple ID instead.

Apple Maps gets a makeover

Apple Maps is getting a facelift in the new iOS. The new version of the app promises broader road coverage, better pedestrian data, more accurate addresses, and more detailed landcover.

The new maps app will be available in select cities and states across the country by the end of 2019 and will expand to other countries in 2020.

A new Look Around feature will also be available in the maps app, delivering a better street-level image of a city with smooth and seamless transitions.

Apple is updating its Memojis with new makeup, skin tone and accessory options. You will also be able to set them as your contact photo and share them with new and existing contacts automatically.

A new way to browse and edit photos on the iPhone

In iOS 13, the photos app will highlight the best images and automatically hide any clutter and similar photos. Apple says this is to showcase events from the past day, month or year.

There’s also an auto-play feature for videos that bring the library to life.

Photo editing is also getting an upgrade in iOS 13 with new tools that are said to be easier to apply, adjust and review.

Most photo editing tools will now be made available for video, letting you rotate, crop, or apply filters without needing to use the iMovie app.

Apple is adding swipe to text to its own keyboard, meaning you no longer have to download a third-party keyboard from another app to get the feature.

Music and movie sharing with AirPods

iOS 13 will make it easier for you and a friend to share music and movies. A new audio sharing feature lets you use a second pair of AirPods with the same iPhone, eliminating the need for duel headphone jack adapters. No word on if this will also work for other wireless headphones like Beats by Dre.

The reminders app is also getting a makeover in iOS 13. The quick toolbar is supposed to make it easier to add times, dates, locations and flags, or add attachments.

You will also be able to tag someone from your contacts in a reminder so that it surfaces when the user messages with that person.