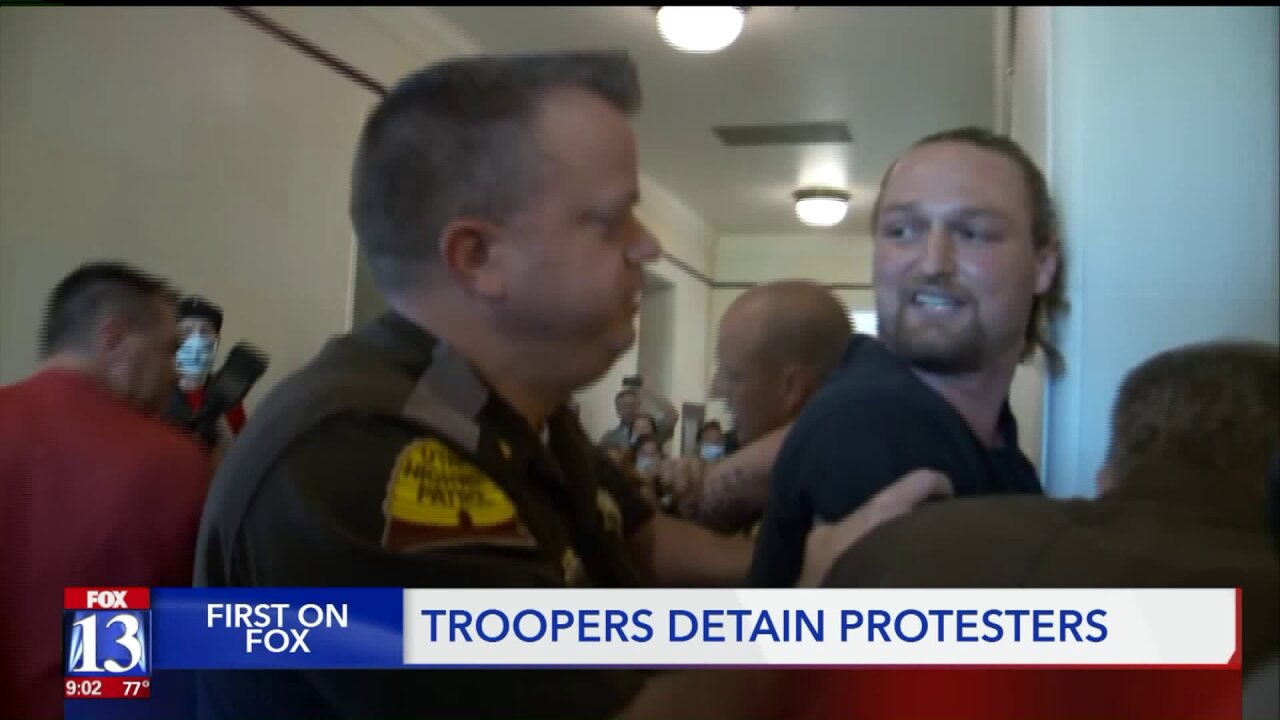 SALT LAKE CITY — About 50 protesters disrupted a board meeting of the Utah Inland Port Authority at the state capitol Wednesday.

As soon as board members sat down to begin the meeting, the dissenters stood up and chanted phrases including, “abort the port” and “we are here to stop the port because it will destroy our communities.”

Troopers with Utah Highway Patrol escorted the protesters into the hallway outside the meeting room.

According to a UHP spokesperson, four people were charged with interrupting a legislative meeting. That includes one person who was booked into jail for resisting arrest.

This continues a trend of protests disrupting meetings of the Inland Port Authority. A similar demonstration forced the postponement of an April meeting.

“How far would you be willing to go to ensure that we have a world and planet to live on?” said protester Darin Mann.

Mann and others say the board isn’t listening to their concerns about the potential effects the Inland Port could have on the environment.

“We have a good old boy network that’s only talking to itself and they are not serving the community anymore,” Mann said.

“We don’t think this is a project that we can allow to go forward,” added Adair Kovac.

When asked to respond to the protest, the Inland Port Board sent FOX 13 this brief statement from chairman Derek Miller that reads, “We are grateful for members of the public who attended and provided comment in a lawful and respectful manner. And for those that continue to participate in the public process and public outreach forums.”

The protesters vowed to continue their efforts.

“This country has a history of direct action,” Mann said. “It’s happened since 1776. It has been quite effective because it opens the door for discussion.”

They promise to do whatever it takes to get the change they are seeking.

“We definitely shook them up,” Kovac said. “We are definitely willing to go to jail for this.”

The meeting continued after the protest was moved outside the room.

The board announced Jack Hedge has accepted the position of executive director for the Utah Inland Port.