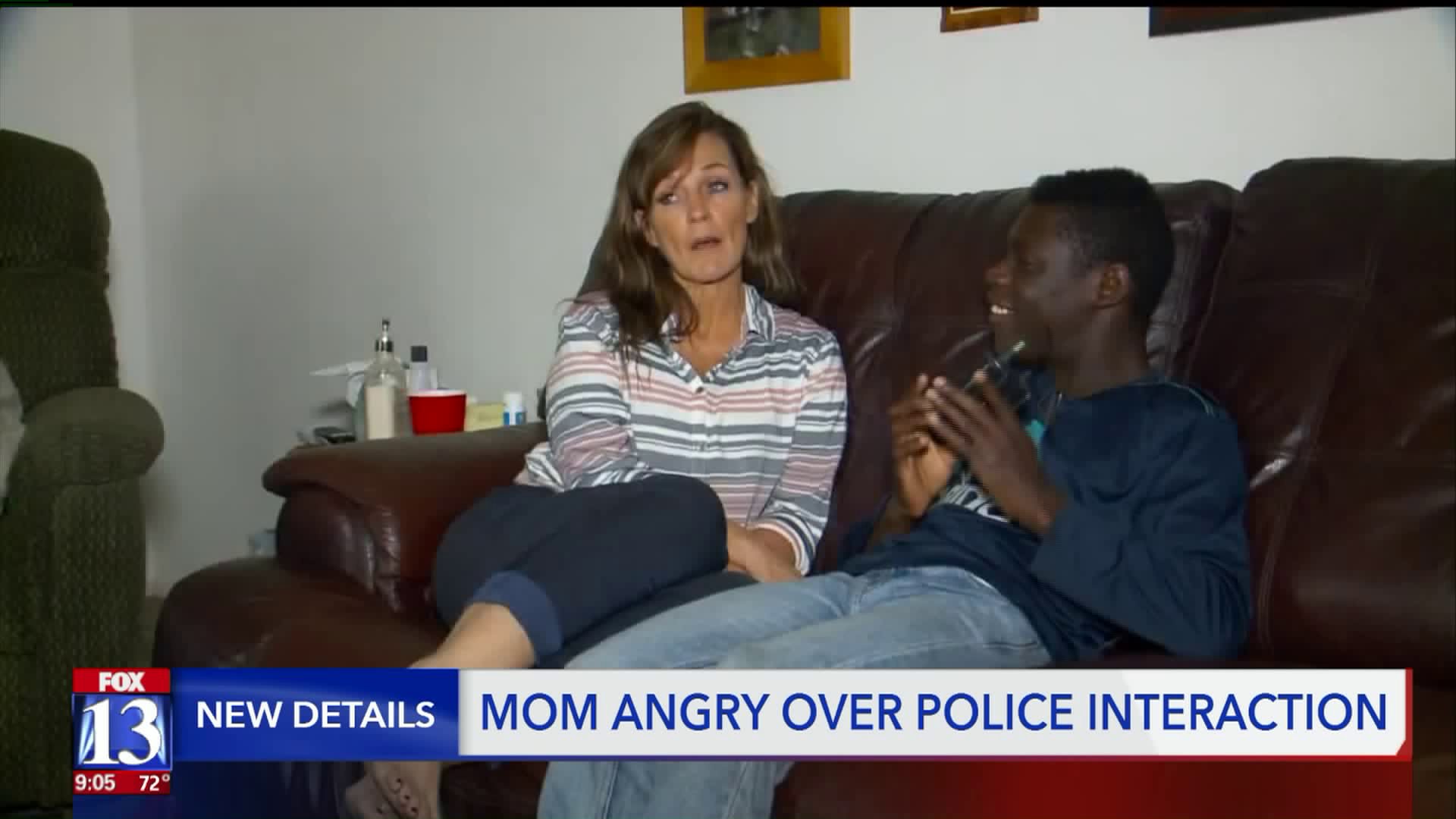 10-year-old DJ Hrubes was outside when a Woods Cross Police officer drew his weapon on him. DJ`s mom says it`s because of his skin color while police say it was a case of mistaken identity during a search for a possibly armed and dangerous man. 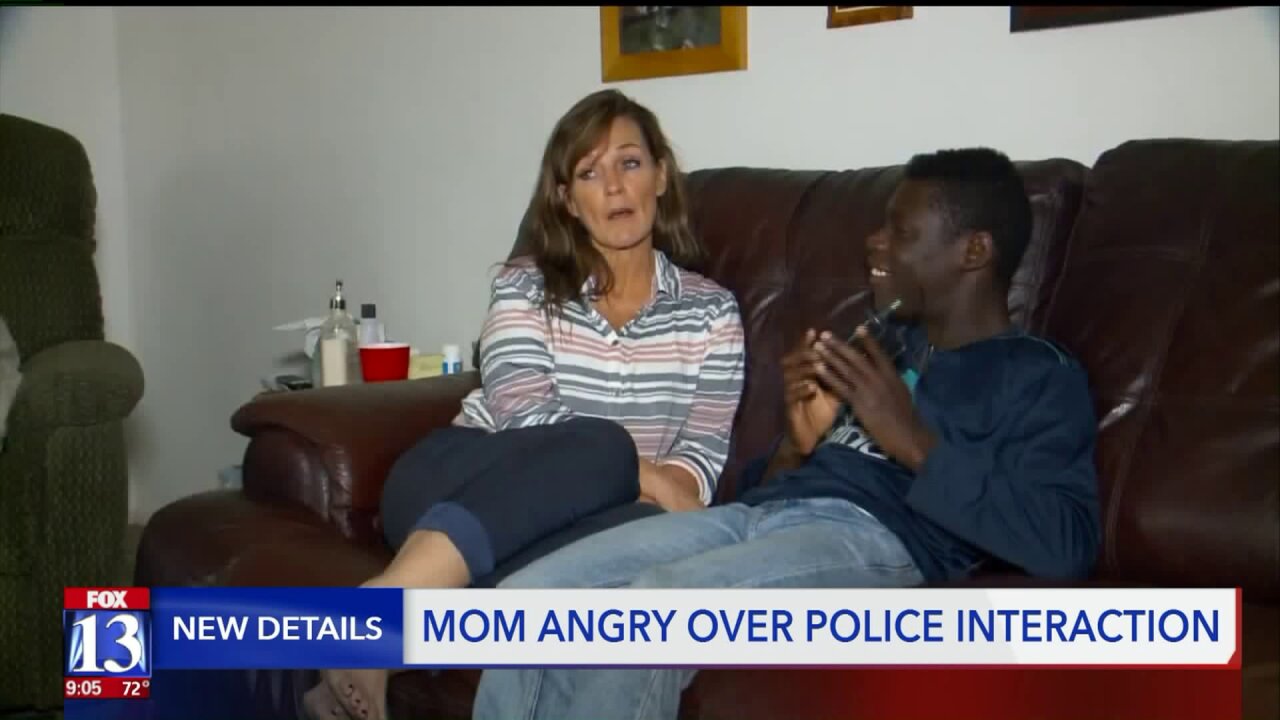 WEST BOUNTIFUL, Utah — A Utah mother wants answers after a police officer pointed a gun at her black 10-year-old son during a search for men suspected in a shooting.

Thursday afternoon, 10-year-old DJ Hrubes was playing in the front lawn of the West Bountiful home where his family was staying.

“I was just playing, running,” he said.

The something terrifying happened.

“I was right here,” Hrubes said as he stood on the front lawn. “And he pulled a gun out and I had to do this and I laid down, like this,” he continued as he put his hands above his head and then slowly dropped down onto his stomach.

An officer with Woods Cross Police drew his weapon on the 10-year-old.

“I was so confused with what was going on,” he said.

“I run outside and there’s a police officer with his weapon pointed to my son’s head,” said DJ’s mom, Jerri Hrubes, as she pointed her hands in the shape of a gun.

She was still shaken up by what she saw.

“I really thought they were going to shoot my little boy,” she said welling up with tears before covering her face with her hands.

Police said it was a case of ‘mistaken identity’ during what was a volatile search for two potentially armed men. Woods Cross Police were called out to assist other departments as they searched for the suspects who were involved in a Centerville shooting Thursday afternoon.

“We had minimal information at the time, we had one possibly Hispanic out on foot and we knew there was at least one other suspect involved,” said Lt. Adam Osoro. “This kid was just in the area at the wrong time.”

However, the family believes this incident was fueled by the color of DJ Hrubes’ skin.

“I just felt like he pointed the gun at me because of my skin color,” he said.

“I think it was an overzealous cop who just saw somebody who wasn’t white and just jumped to conclusions, why don’t they admit there was some fault there?” Jerri Hrubes said.

Police said the officer returned to the family’s home after the suspect search was suspended and DJ Hrubes gave the officer a hug.

Police also said they have reached out to the family a number of times but have yet to get through.

“In this case, it’s just an officer that’s trying to keep himself safe and the public safe,” Osoro said. “I don’t exactly know what else we can do at this point."

Jerri Hrubes said she has not been contacted by police and what they have done thus far is not enough.

Police said they do not have reason to look further into how their officer handled the situation.