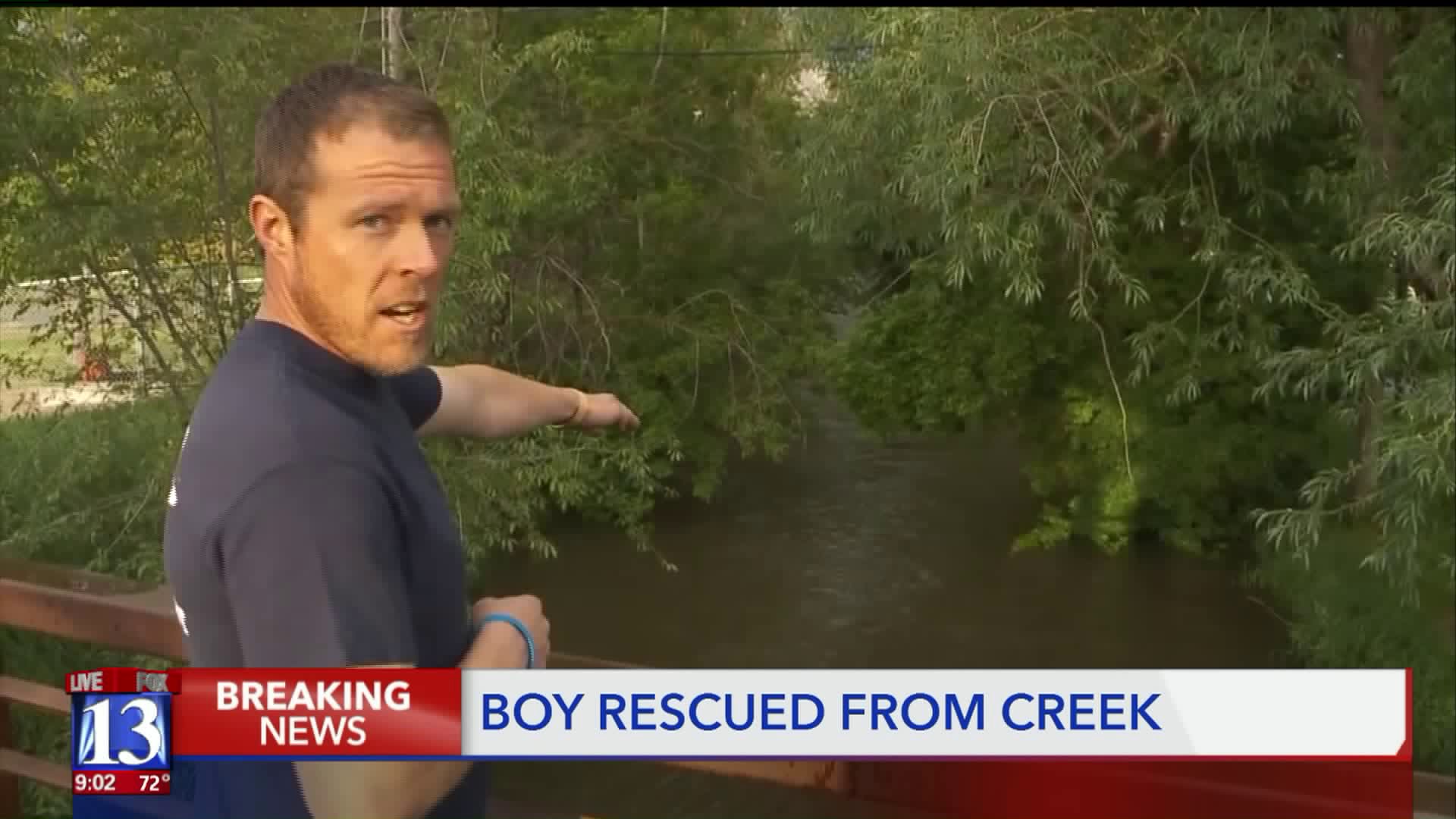 A 4-or-5-year-old child was pulled from Little Cottonwood Creek and taken to the hospital in unknown condition, according to Murray Fire. 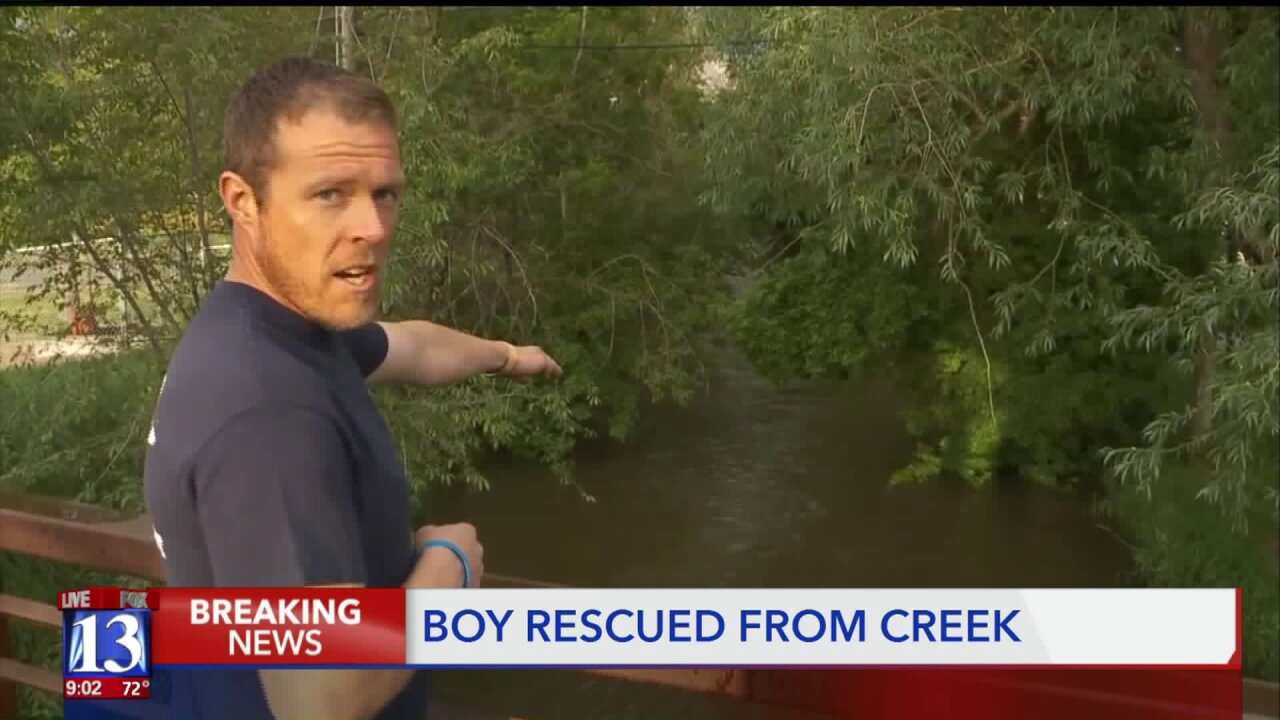 MURRAY, Utah — A bystander sprang into action when he noticed a boy caught in the current of the Little Cottonwood Creek.

Murray Fire said a boy, about 5-years-old, floated down the water about a quarter of a mile before being rescued.

Harlan Wheeler was at Murray Park to meet a woman for their first date when he saw the little boy in the water.

“My will is strong, my faith is strong and it was the right thing to do,” Wheeler said.

Despite signs warning of a swift current, Wheeler didn’t waste a second before jumping in.

“I looked at him again and then just ran as fast as possible, threw my phone down over here and jumped in,” Wheeler described.

Wheeler pulled the boy out of the frigid water and handed him to a police officer who arrived on the scene.

First responders say Wheeler was instrumental in getting the boy out of the water.

“He could be defined as a superhero,” said Assistant Chief Chad Pascua of the Murray Fire Department. “He risked his life to save this child.”

Pascua said the boy was in the water between two and four minutes before being rescued.

The boy was taken to a hospital. His condition is unknown.