Trump flips on space goals: ‘NASA should NOT be talking about going to the Moon’ and focus on Mars 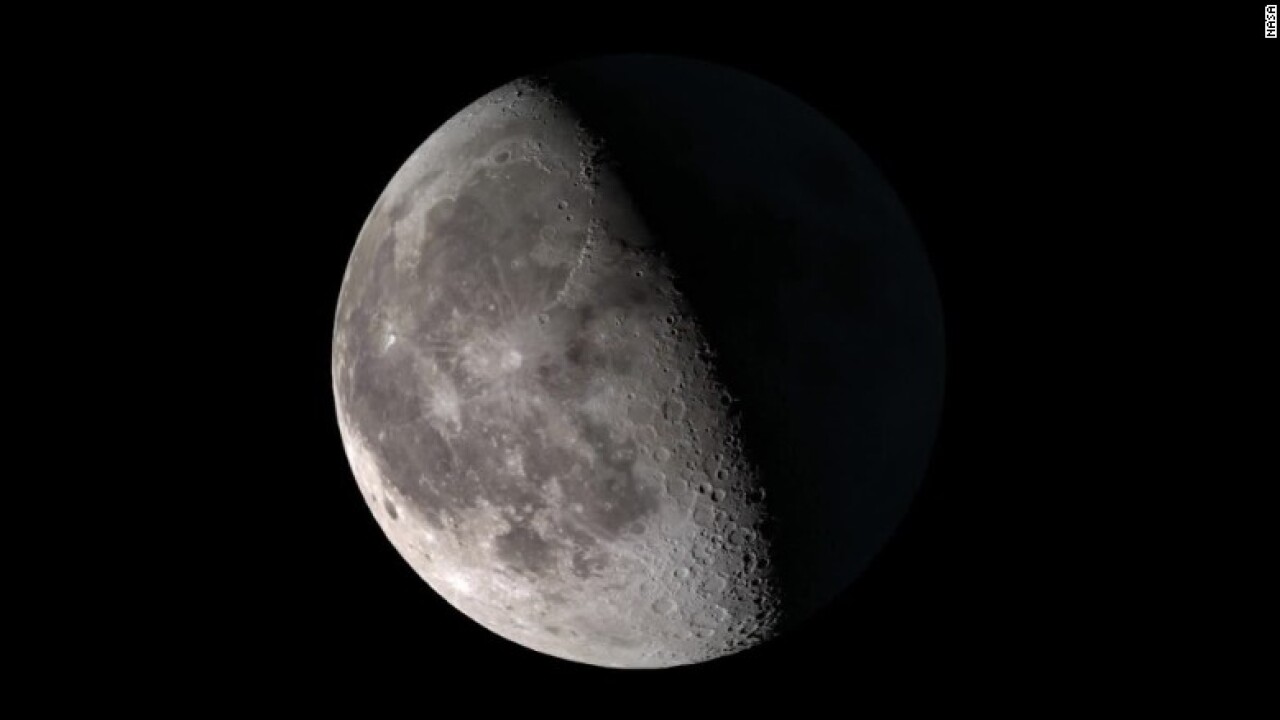 President Donald Trump on Friday upended his long-stated goal of returning American astronauts to the moon by the end of a potential second term, instead saying the federal space agency should focus instead on the further reaches of space.

“For all of the money we are spending, NASA should NOT be talking about going to the Moon – We did that 50 years ago,” he wrote on Twitter as he jetted back to Washington from Ireland.

“They should be focused on the much bigger things we are doing, including Mars (of which the Moon is a part), Defense and Science!” Trump wrote.

There were several unclear aspects of the message, not least of which was Trump’s description of Mars “of which the Moon is a part.”

Earlier Friday, NASA Administrator Jim Bridenstine told an audience at the International Space Development Conference in Washington that “the very first space policy directive of the President said, ‘We’re going to go back to the moon.’ ”

Bridenstine promised that the next voyage to the moon would be done “differently than we have ever done it before” because “we’re going to stay.”

Late last month, Trump announced he was adding $1.6 billion to NASA’s budget “so that we can return to Space in a BIG WAY!”

“Under my Administration, we are restoring @NASA to greatness and we are going back to the Moon, then Mars,” he tweeted.

As part of the budget increase, the administration said it would begin efforts to send the first woman to the moon, nearly five decades after the last US landing. Only 12 humans, all male, have ever walked on the moon and they were all American.

The budget increase was on top of the initial $21 billion budget request from NASA to accelerate the return to the lunar surface.

Trump’s comments Friday coincided with the birthday of Vice President Mike Pence, who in March announced the administration’s plans for Americans to return to the moon within the next five years as the 50th anniversary of the first manned mission to the moon approaches.

Speaking at the United States Space and Rocket Center in Huntsville, Alabama, Pence said that the estimated year of 2028 for the next American on the moon was “just not good enough.”

“It is the stated policy of this administration and the United States of America to return American astronauts to the moon within the next five years,” Pence said.

The renewed moonshot has not been universally popular. Apollo 11 astronaut Michael Collins told CNN this week that NASA should prioritize a Mars landing — and said he has doubts about Trump’s leadership on the matter.

“I don’t think he’s too much aware of Mars. Maybe he doesn’t understand that there is a planet Mars,” Collins said in an interview for the new CNN podcast “Apollo 11: Beyond the Moon.”