Woods Cross family recounts house fire — losing everything, but making it out alive 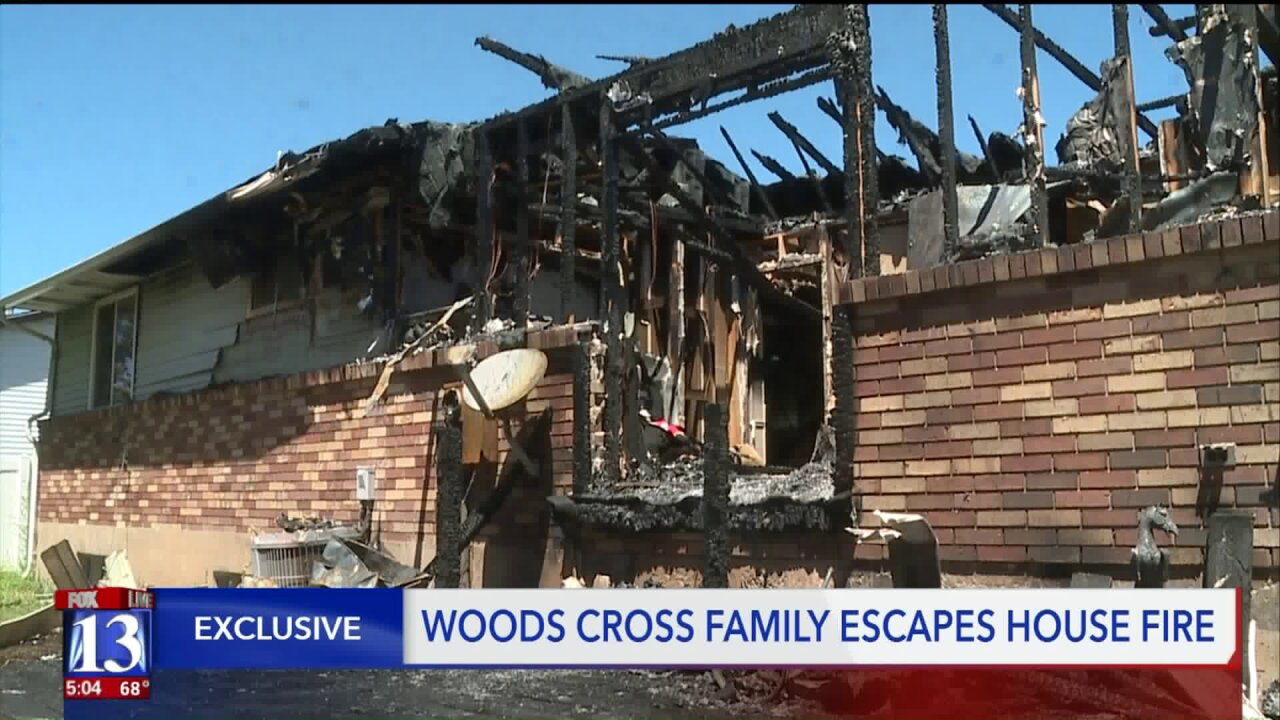 WOODS CROSS, Utah — After a garage fire took over the rest of their house, a family in Woods Cross is now piecing together everything that happened and how they escaped — alive.

Jose Castillo is the youngest in his family. He was hanging out in the basement with his sister and friends when he heard his mother screaming.

Seconds later, he heard the screeching of their fire alarms.

“Adrenaline takes over, and you’ve got to do what you think is best,” Castillo said. “You've got to make sure everyone’s safe. It’s your family, it’s your loved ones.”

Running upstairs, Castillo opened the side-door to the garage where he thought the fire was coming from.

When first-responders arrived one scene, they told Castillo the flames should have killed him the moment he opened the door — especially because the car had exploded inside the garage.

Blacking out, Castillo said the next thing he remembers was running from his backyard to the front, trying to get his friends and family out of the basement.

“It’s really hot,” Castillo said. “My buddy said he was having a hard time breathing as he was getting out of the house; he was feeling very nauseous and dizzy.”

Castillo pulled them out of a window well one by one, including his dog.

“There was a prayer within my head to get out,” he said. “Your natural instinct is to reach to something higher than yourself.”

Firefighters told the Castillos they believe the flames sparked from an electrical problem.

Six days before the house fire, Castillo said the light in their basement bathroom went out. The next day, all power in the garage stopped working.

The adrenaline now all gone, Castillo said Sunday was the first time he felt the burns on his head and his arm.

As they see the rubble that once was their home, the emotions from losing pictures, documents and the memories engulf them.

But they’re grateful they’re all alive.

“I truly feel it was a miracle, and we’re really grateful for being here,” Castillo said, "that my mom got out OK, that my dog got out OK.”

The Castillos said they plan on building a new home after tearing down the rubble of their old one. A GoFundMe campaign for the family has been set up.