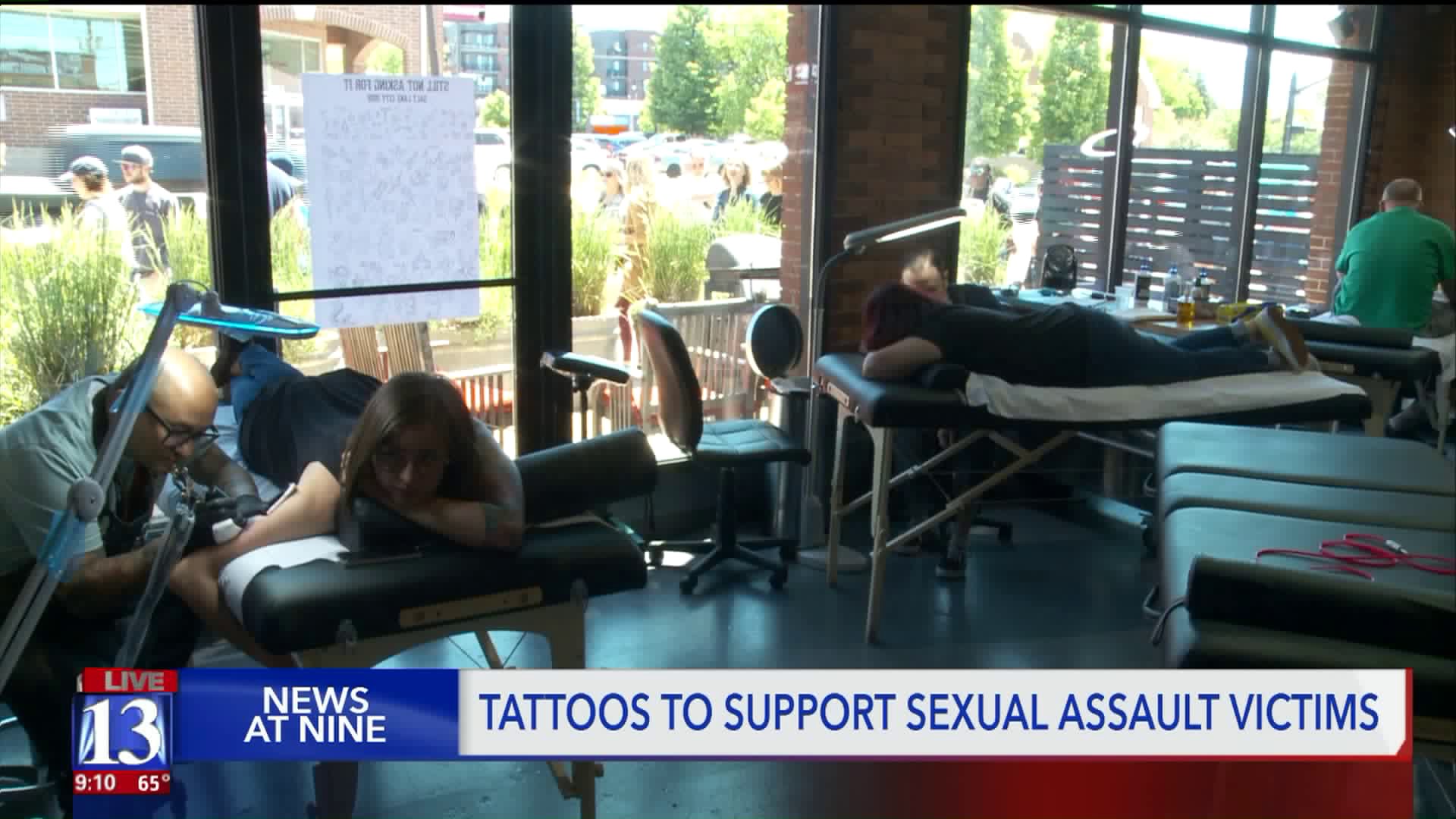 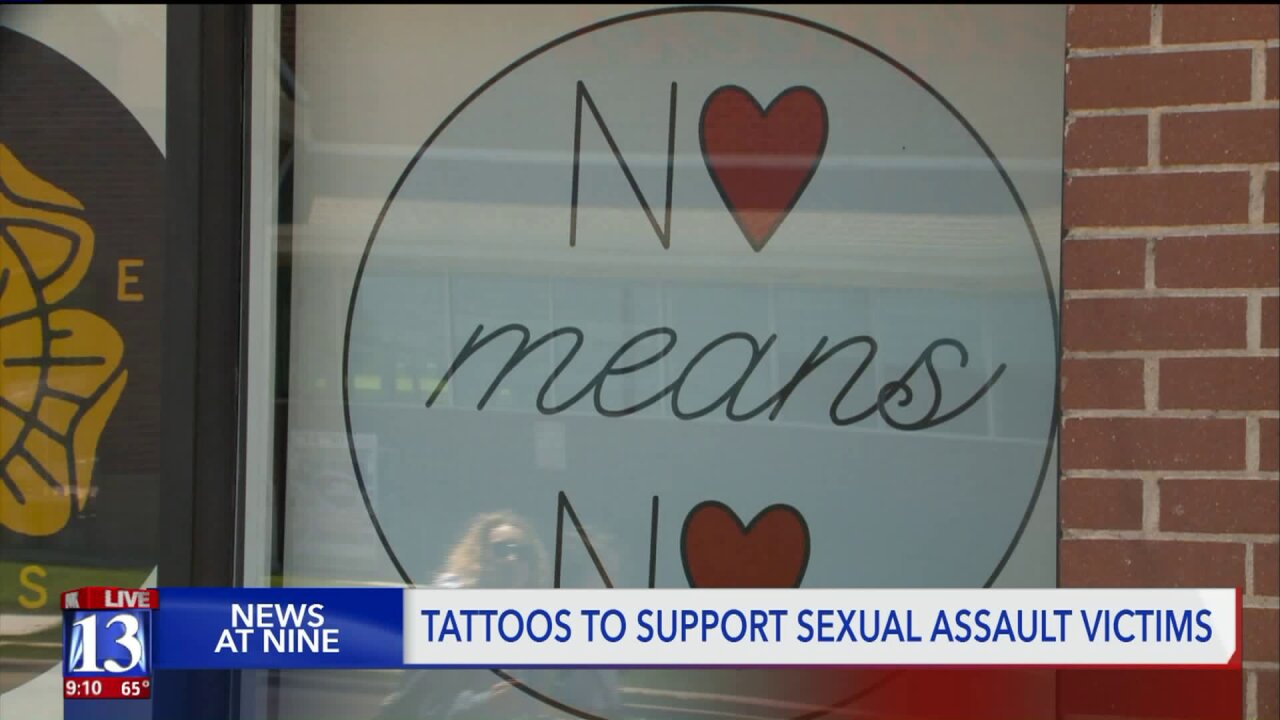 SALT LAKE CITY – Hundreds were drawn to a local tattoo shop to take part in the globally recognized "Still Not Asking For It" event, raising thousands of dollars for the Utah Rape Recovery Center.

Hundreds of people showed up at Yellow Rose Tattoo Sunday waiting for hours, in a line that stretched around the block, to get their turn in a tattoo chair.

Different tattoo designs were displayed on posters that lined the front of the shop for participants to choose from, ranging in price from $100 to $200.

“It’s kind of like a Samurai sword, and it’s being stabbed,” Brandi Moulten said as she described the tattoo she selected.

Brandi was one of more than 250 people who signed up for the event, but one of the 130 who were lucky enough to leave with some fresh ink.

“It’s not that painful. Honestly, I thought it was going to hurt a lot more,” Moulten said as the artist tattooed her collarbone.

All of the buzz was part of a global event called "Still Not Asking For It."

It was started by a woman in New York named Ashley Love back in 2015. Love moved to Utah four years ago and brought the event here. She was among the ten artists tattooing Sunday.

The tattoo flash fundraiser aims to boost awareness, prevention and recovery from sexual assault and rape; all proceeds are donated to local organizations — in this case, the Utah Rape and Recovery Center.

“This is a fun and exciting thing that has shown light to it,” said Kelsey Clement, an employee at Yellow Rose Tattoo.

“Be able to express yourself or share something about yourself that you’ve always thought of maybe as a negative, that you’re able to turn into a positive with something you can look at on your body and say, ‘I was there for that, I experienced that,’” Clement continued.

For some in attendance, the event allowed people to support a good cause.

For others, like Jhiselle Larusso, it’s more than passion – it’s personal.

“One of my friends just recently went through a situation in our adult lives and it’s impacted her job, it’s impacted our friendship and her being able to cope with it,” Larusso said.

Larusso selected a cat from the flash sheet, shown perched upon what she called "vicious claws."

“We need to be vicious in what we believe in, in a way,” Larusso said.

She hopes that, when the event is over, her tattoo will bring awareness that is just as permanent.

“I feel like if we’re more aware as a community and as a society of what is out there, for victims like that, then they’re going to be more open and more comfortable going in and seeking the support that they need,” Larusso said.

Of the more than 250 people who signed up for the event, the ten artists were able to get through more than 130 tattoos.

For more information on next year’s event and how to donate, visit the event’s website here.