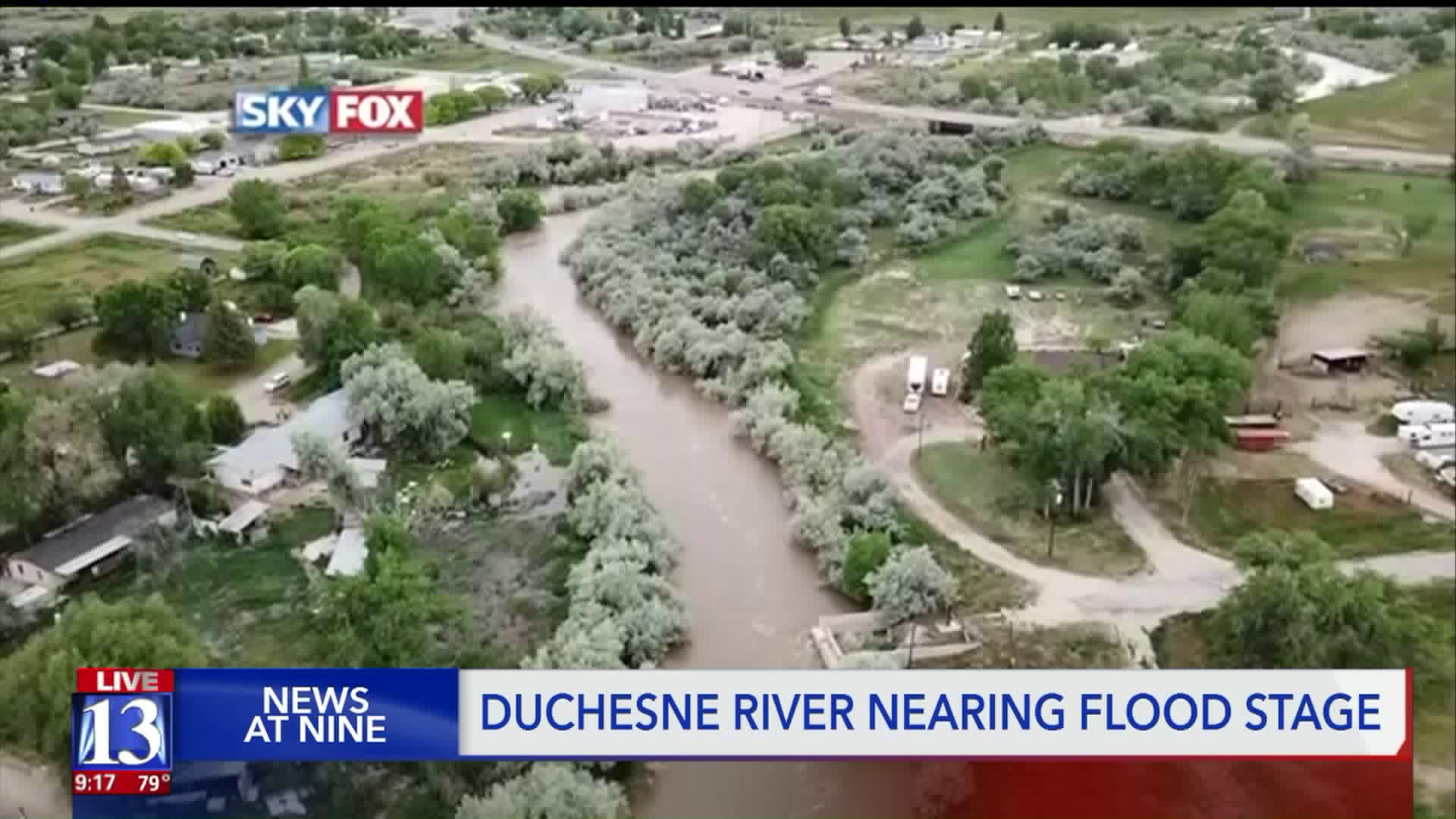 A flood warning has been issued along parts of the Duchesne River as spring runoff is projected to push the river past flood stage this week. 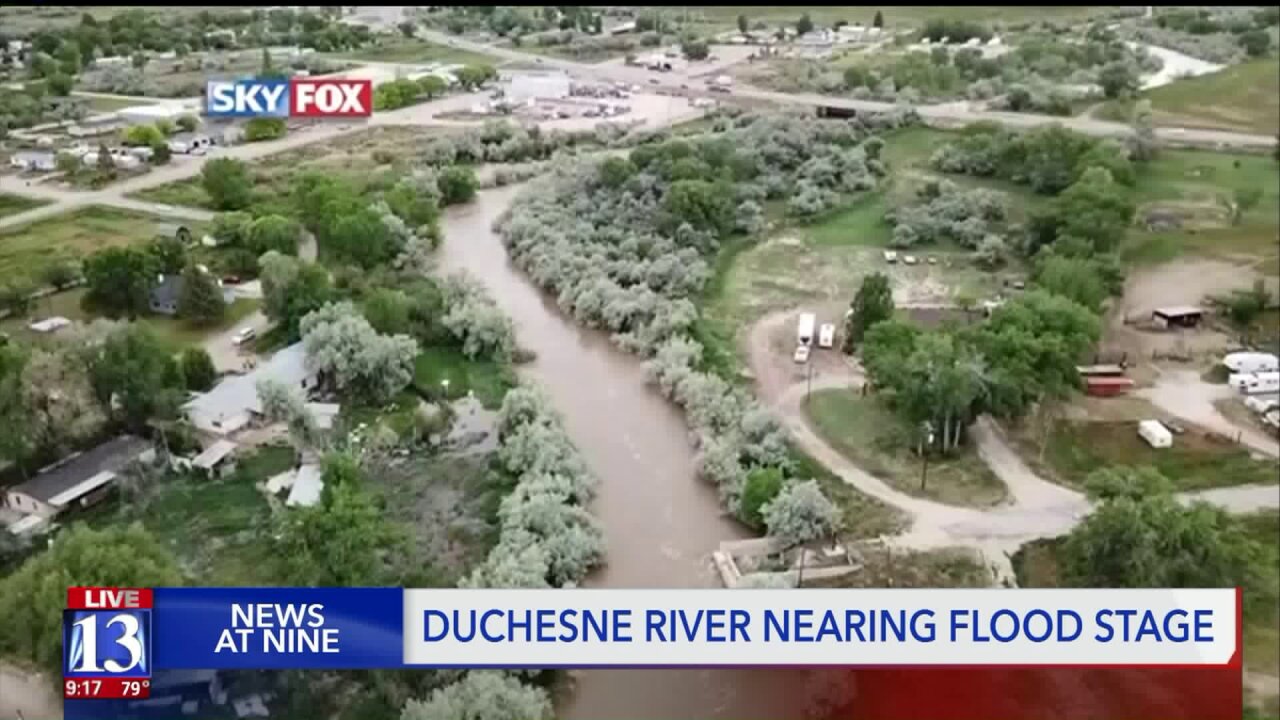 MYTON, Utah — People in Duchesne County are filling sandbags and stacking them along parts of the Duchesne River, which is under a flood warning for the next several days.

The flood warning extends from the community of Hanna, Utah, northwest of Duchesne, down to Myton, east of Duchesne.

Volunteers in Myton showed up to the American Legion hall to fill hundreds of sandbags.

The bags were trucked just down the street to the riverbank.

Early Wednesday evening, Brad Gingell stood by himself on a flatbed trailer, heaving bags from one part of the trailer to the other.

He'd said he'd been working alone the whole day, slowly stacking the bags a few feet away from the rising waters.

"Morning, gentlemen!" Gingell chirped, as a group of boys and men of different ages walked up.

He began to give orders on what bags to stack where.

"And then we'll set a bag on top, and then one down inside to hold the plastic down," he said, outlining his strategy.

It's not exactly science.

"It's all guesswork," Gingell said. But it's the best he can do to brace his family's home and property against the Duchesne River.

The Duchesne County Sheriff's Office warned residents Wednesday afternoon that the river is expected to reach flood stage Thursday morning and will stay that way until early next week.

Brad said the dams at Starvation and Upper Stillwater reservoirs are expected to dump water downstream, though he expected them to release water on different days.

"If both of them go at the same time -- we've never had that happen," Brad said. "And so, we don't know what to expect."

What the line of sandbags are protecting, is near and dear to his family.

"This is my mom and dad's house," Brad explained. "It used to be grandma and grandpa's... so, it's been around a while."

She lives there now. In 115 years, she said the water hasn't reached the home. She's confident it won't this time, either.

"It's not going to get us, I don't think," Ila Gingell said, with a chuckle.

With all the help they got Wednesday, and all the sandbags volunteers lined up -- they hope the family home will be okay.

"We're going to be prepared," Brad Gingell said, adding, "And then we'll go from there."