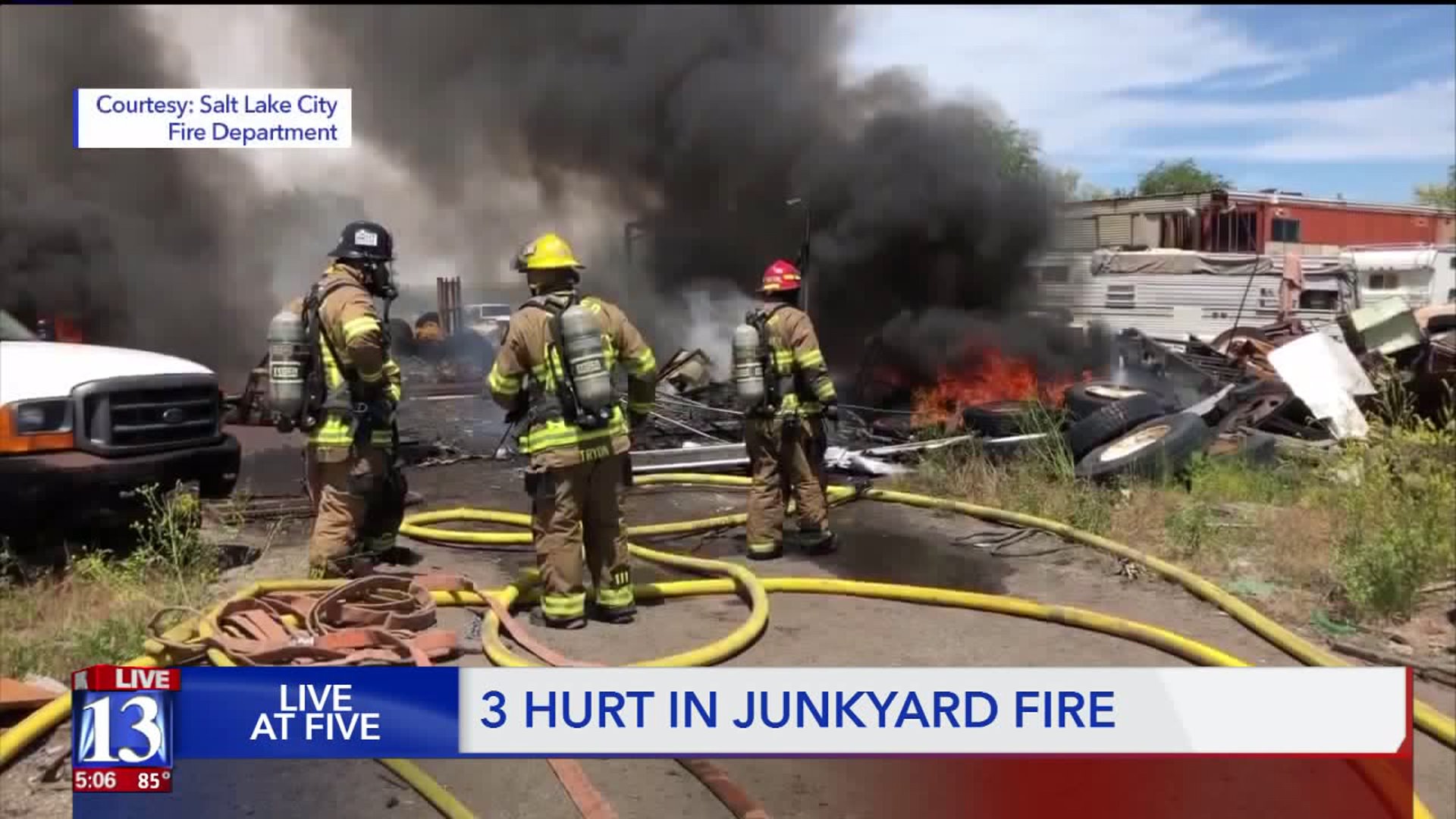 Two firefighters and a civilian were injured after a fire broke out in a Salt Lake City junkyard Wednesday. 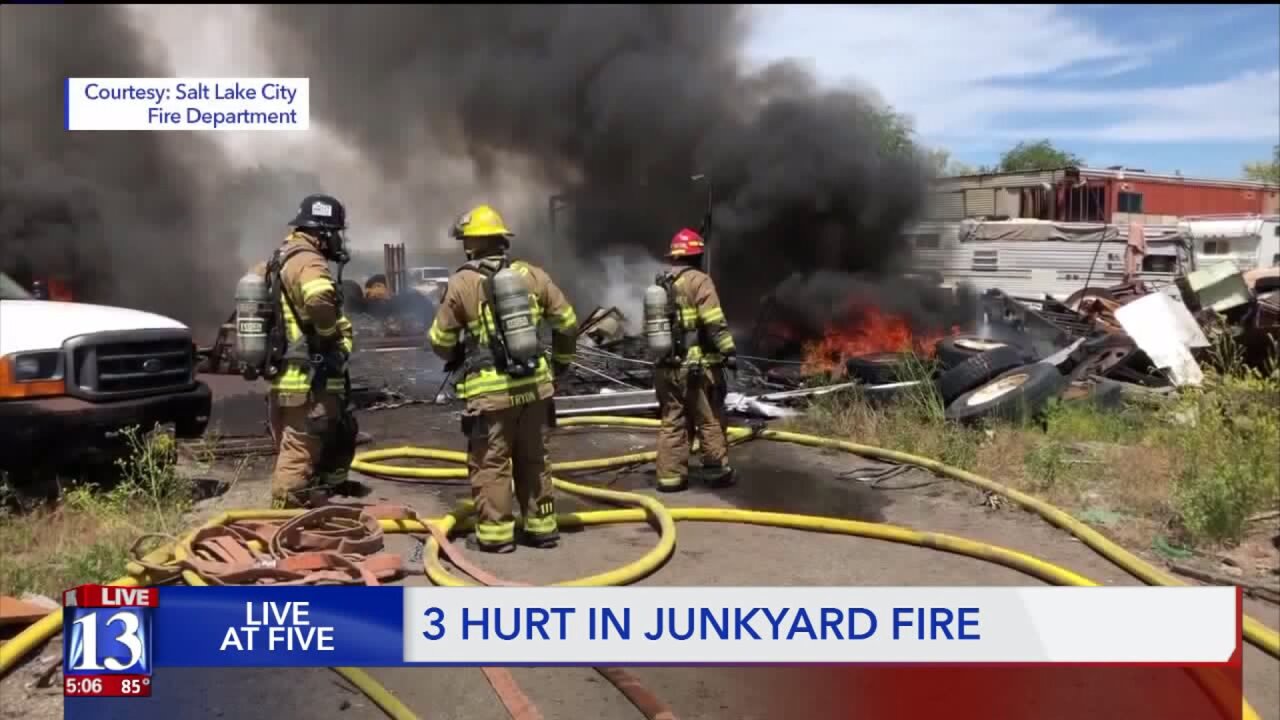 SALT LAKE CITY — At least one firefighter was taken to the hospital after a fire broke out at a junkyard in Salt Lake City Wednesday morning.

Capt. Adam Archuleta with the Salt Lake City Fire Department said a second firefighter and a civilian were also hurt.

It's not every day that firefighters report a fire.

“We actually had reports from one of the unified fire stations that was operating training outside of their facility when they noticed smoke coming from the area,” Archuleta said.

The crews who saw the blaze initially responded along with Salt Lake City fire to a junkyard where extremely flammable objects like tires and RV parts were igniting, sending thick black smoke into the air.

“It is de-escalating as far as the coverage area of the fire. It`s approximately one acre in size,” said Archuleta.

Despite it being relatively small, there was a large response from crews. One reason — location.

“Because it`s on the border of the city, we had two different agencies responding,” Archuleta said.

Another reason was the hot weather.

“We`re worried about firefighter heat exposures and so we`re going to rotate those crews out and that`s another reason we have such a large response coming to this,” said Archuleta.

“Due to the proximity of the grass that`s near the burning contents are other concern is that fire would spread so we have crews surrounding that area in order to keep the fire in check,” said Archuleta.

Fire investigators are on scene trying to determine the cause.